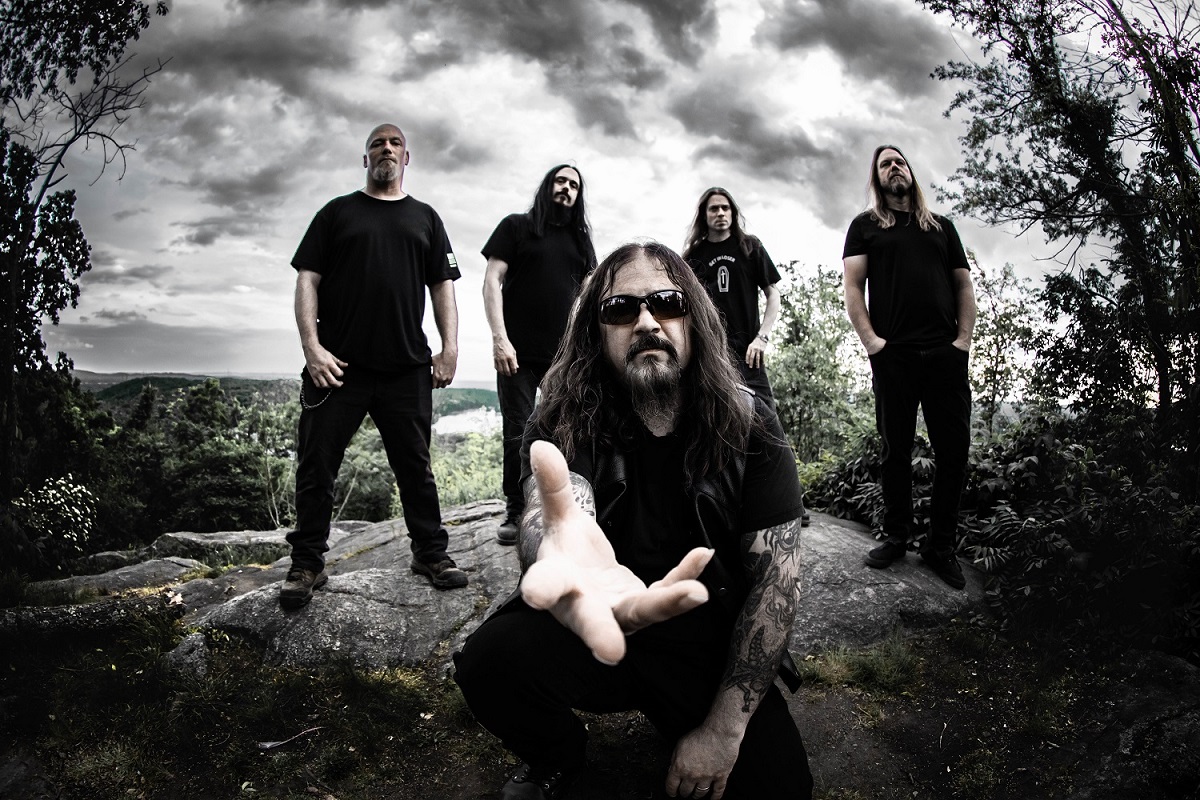 Sal Abruscato, leader of the american Doom/Gothic Metal band A Pale Horse Named Death, answered some questions for the release of Infernum In Terra, his band’s fourth album.

Why did you choose the name A Pale Horse Named Death at the beginning?
Sal: The name came to me in January of 2009 while I was watching a program about the Bible. It discussed how dead rode a pale horse and I did a reversal role with words and came up with the name. I knew it was special at the moment.

Your new album Infernum in Terra is about to be released, how do you feel about this?
Sal: I am very excited and proud of this new release, I finally got the sound I was looking for on this album.

With this new album, the band welcomes a new bass player and a new drummer as well, how is it to deal with new blood?
Sal: Well due to schedules and the pandemic we haven’t really done much together, we only rehearsed 3 times together over the summer. I am looking forward to see how it all goes in the future. 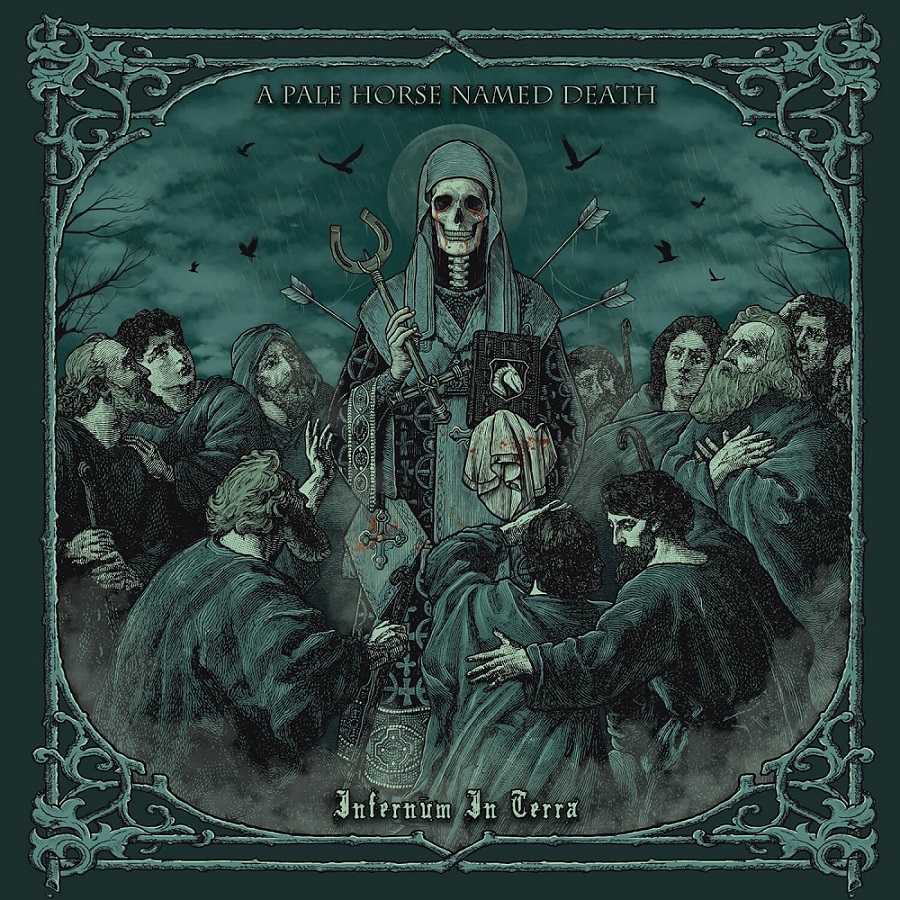 On this album, I felt a lot of Old School roots, like on Cast Out From The Sky or Two Headed Snake (Propofol Dreams). Do you also feel this in general?
Sal: Yes I am a big fan of the Old School sound with drums and guitar, production as well. My mastering engineer Maor Appelbaum ran all the tracks through Analog Vacuum Tube equipment to achieve an older album sound.

The whole album seems also more melancholic than the previous one in a general way, is there a whole concept behind Infernum in Terra?
Sal: There is a loosely written concept but nothing too specific. I would say the concept is more Luciferian in ways.

Last year, Covid-19 crisis fucked a lot of things up, how did you face the situation as a band? Did the crisis had an impact on the album itself?
Sal: Not really since I am a multi instrumentalist I recorded all the instruments myself except the guitar solos which were sent to me via ftp from Joe William Taylor and Edward Heedles.

I know there are still a lot of doubts about the worldwide situation, but maybe you already have plans for the band’s future?
Sal: Honestly I am planning another album, I want to try to start recording over the winter if possible. Touring seems too complicated at the moment.

Do you remember the first time you tried to play an instrument? When and how was it?
Sal: It was 1980 and I was ecstatic the moment I tried the drums!

When did you realise you wanted to become a professional musician?
Sal: As soon as I started playing after I got my first real drum set!

Since the beginning of your career, you played in renowned bands, like Type O Negative and Life Of Agony, how did you see changes into the Metal scene?
Sal: The changes are no one buys physical albums anymore these days. Now bands consider themselves big based on how many followers they have on social media.

Is it easy to start a new band after playing with big names?
Sal: Not really you do have to rebuild your own following and prove yourself.

What was your first Metal album? Bought by yourself or offered by someone. What led you to the Doom Metal universe?
Sal: Black Sabbath Paranoid and Ozzy Osbourne Blizzard of Ozz. Definitely Black Sabbath led me into the Doom world.

What do you love about your music that you cannot find in other band’s music?
Sal: The heavy dirty gritty guitar tone I create!

Do you have hobbies aside from music? Do you also have a job, or does your music income allow you to live?
Sal: Yes I do lots of things, I primarily have muscle cars 1967 Dodge Coronet and a 1970 Dodge Challenger that I work on as a passion. Yes I also work to support my family 3 daughters and my wife. Music income is fickle it comes and goes. 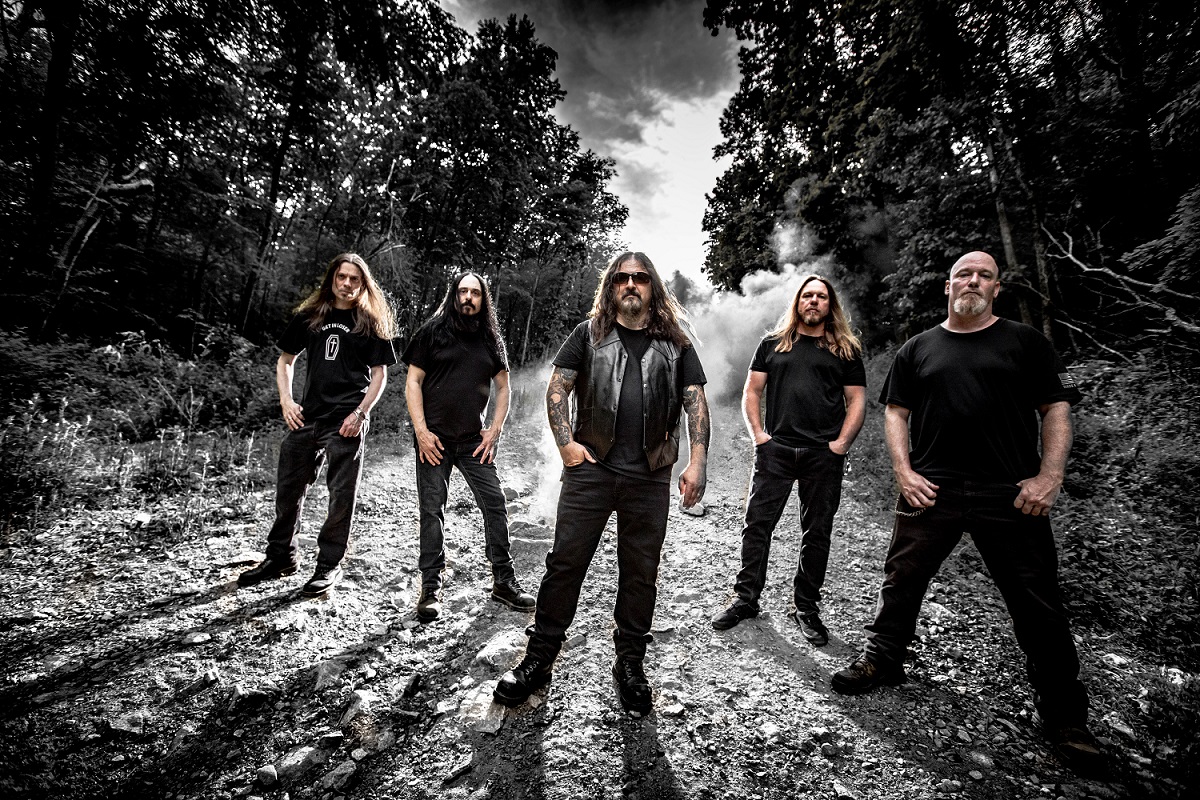 What memories do you keep about the early Type O Negative and Life Of Agony days?
Sal: Not many accept the times I worked in the studio recording with Peter Steele I learned a lot about song writing from Peter and the albums I did with him are some of the best of my career.

Maybe you already heard about the french Metal scene? Which French bands do you know?
Sal: I know none.

What if I ask you to compare A Pale Horse Named Death’s music with a dish? Which one and why?
Sal: Veal Marsala because we are delicious!

Are there some musicians or bands you would like to collaborate with on a song, or more?
Sal: Trent Reznor hands down he is one of my favorite song writers.

Last question: which bands would you love to tour with? I let you create a tour with A Pale Horse Named Death and other bands!
Sal: Of course Black Sabbath, Windhand, Acid King, Nine Inch Nails, Alice in Chains.

That was the last question for me! Thanks a lot for your time, we hope to see you in France really soon! Last words are yours!
Sal: Thank you for having me and A Pale Horse Named Death!