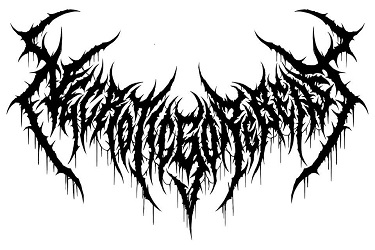 Be ready for Necroticgorebeast’s violence. 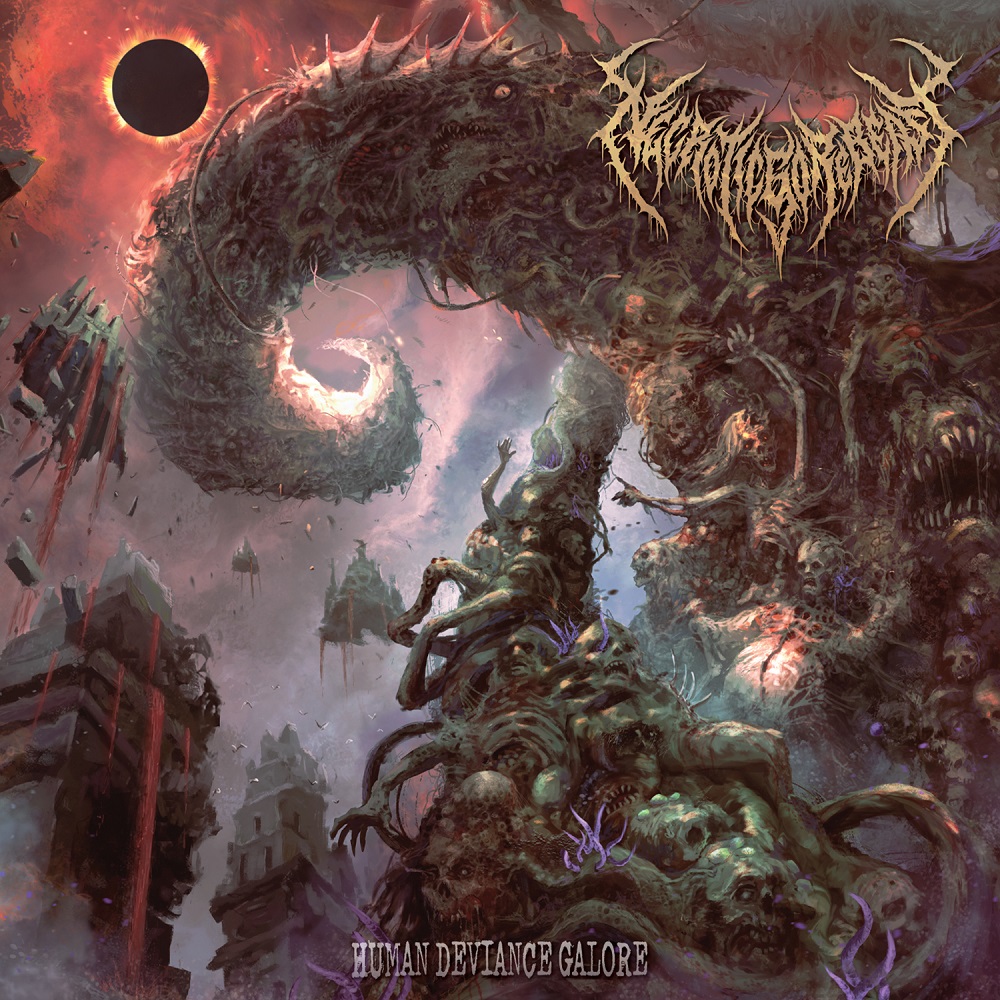 The band’s name was uncompromising: we will deal with a Brutal/Slam Death Metal. Ready? Don’t care, Deviant Primitive Debauchery strikes after an introductive sample. Mospharts, blasts, wild guttural vocals and above all this hooking groove are part of the sound, just like on the dark Grotesque Pathological Anomalies and its Old School riffs dyed with modern sonorities. On vocals, we’re still into this pure violence supported by greasy groove, while Obstetric Anthropophagic Feast clearly highlights cavernous and modern Slam Death tones that will make crowds explode. Hooking patterns continue with Abnormal Postmortem Impregnation and its insane heaviness. The song will sometimes speed up before letting Slam Death’s groove express itself, then Excremental Hemorrhage Fisting will reveal the band’s raw strength, while skillfully placing moshparts full of palm-mutes. Same feeling for the short Blood Clot Climax that will immediately place the song’s most violent parts, like this dancing and chaotic break, but also on Forced Tracheotomy Penetration, a dirty and thick composition. Some samples are used as breaks, then the vocalist’s guttural howlings come next, including on this oppressive final break that drives us to Leaking Stoma Intercourse, a song that highlights the fast tempo and destructive leads. Feeding on Abscess reconnects with Old School accents, but also with an extremely effective break that sometimes morphes to bomb blast before Transcendent Martyrdom, the last song that places a mammoth rhythmic to the same level than an undertuned groove. The final has for one and only goal to crush us until the final fade-out, and it works.

Just in case you have a doubt: Necroticgorebeast plays Brutal/Slam Death. And Human Deviance Galore is undoubtedly one of the most violent and raw albums I heard this year. The band does not hesitate to melt modernity and Old School, so just go for it!