Destinity signs its comeback with a new album.

Created in 1996 in France by Mick (vocals, ex-No Return), Zephiros (guitar) and Morteüs (drums/keyboards), the band plays Melodic Thrash/Death. With time, its line-up changed, and it’s some years after Seb V.S. (guitare, ex-In Arkadia) and Dave (bass) that the band goes on hiatus in 2014. But they reunite in 2018, and begin to work on In Continuum, their ninth album, that is released at Crimson Productions, their own label. 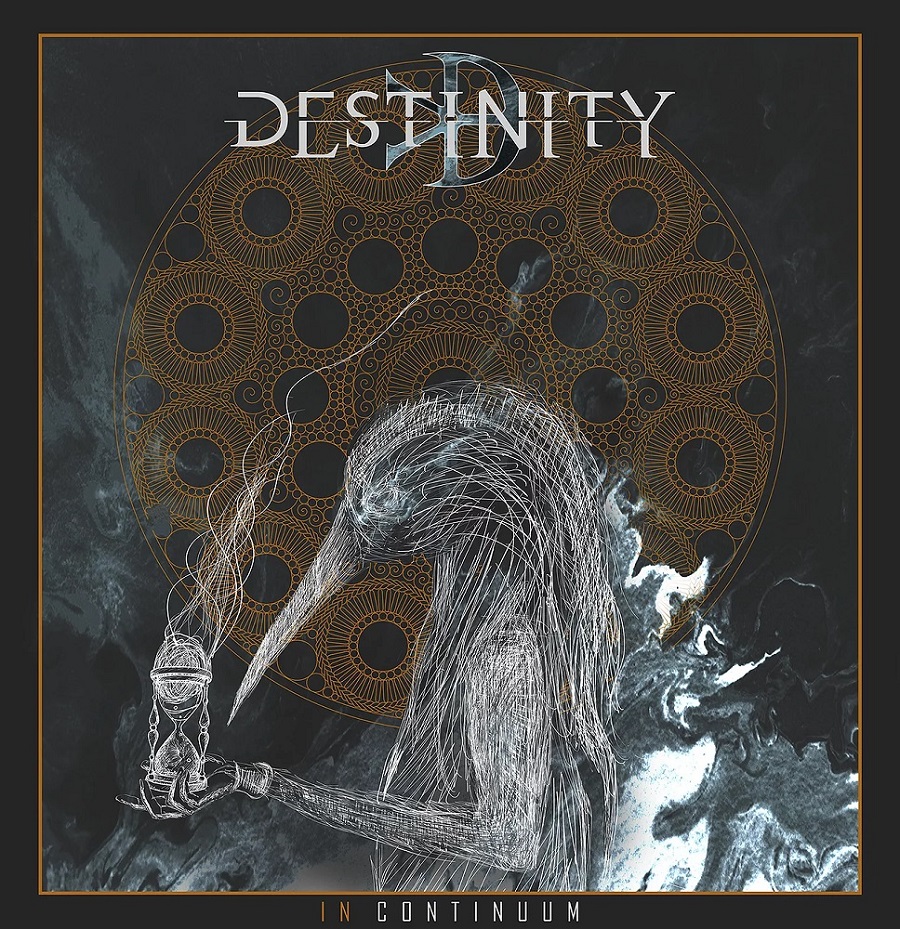 The album begins with The Sand Remains and its melancholic introduction. Violence quickly comes over, unveiling piercing harmonics that perfectly stick to those massive vocals, sometimes embellished by majestic samples or heavy backing vocals. Riffs are cold, just like on Reject the Deceit, a song that draws from the Swedish roots. Heaviness walks with dissonance, creating an inborn violence atmosphere, even during heady leads, then Reflections strikes us with effectiveness between rage and technicality. Leads come to increase the rhythmic’s furor, creating a suitable vibe to headbanging, while Shadows comes with its fix of blackness. The band focuses on an aggressive dissonance, then a haunting heaviness, while Dawn Never Breaks unveils a quite modern aggressiveness. Jerky parts unveil a sharp violence, coupled to airy and majestic melodies that will be accompanied by Andy Gillion (ex-Mors Principium Est), then Architect of Light unveil a fast tempo to place as violent as heady riffs. The composition is very hooking, displaying airy tones, just like the mysterious A Lucid Strain, a very raw track. Whether sharp melodies assault us until solid parts come, vocals offer a perfect basis to go straight to a crowd with an Old School sound. Snakepit reconnects with the aggressiveness the band knows to create, sometimes drawing from raw influences before adding harmonics and leads, then we discover groovy and more accessible but still very effective influences. The band closes this album with Salvation, a very melancholic and airy composition that knows to place piercing sonorities with airy and dissonant parts, creating an impressive final that ends on an appeasing moment.

Destinity’s roots can be found in Sweden. Despite their break, In Continuum registers into effectiveness and melodicity that grabs us by the throat and never releases us. Old School Death Metal is not dead, and the band for sure participates in.