After thirty years of careen (and one more under the name of Infected then Somuchhate) in Poland, there is still more to come between Adam the First Sinner (guitar/vocals) and blackness. Accompanied by Tiermes (bass, Shodan), Domin (guitar, Vedonist, Extinct Gods) and Nar-Sil (drums, Neolith, Redemptor, Virgin Snatch), the band unveils us Rugia, their twelfth album. 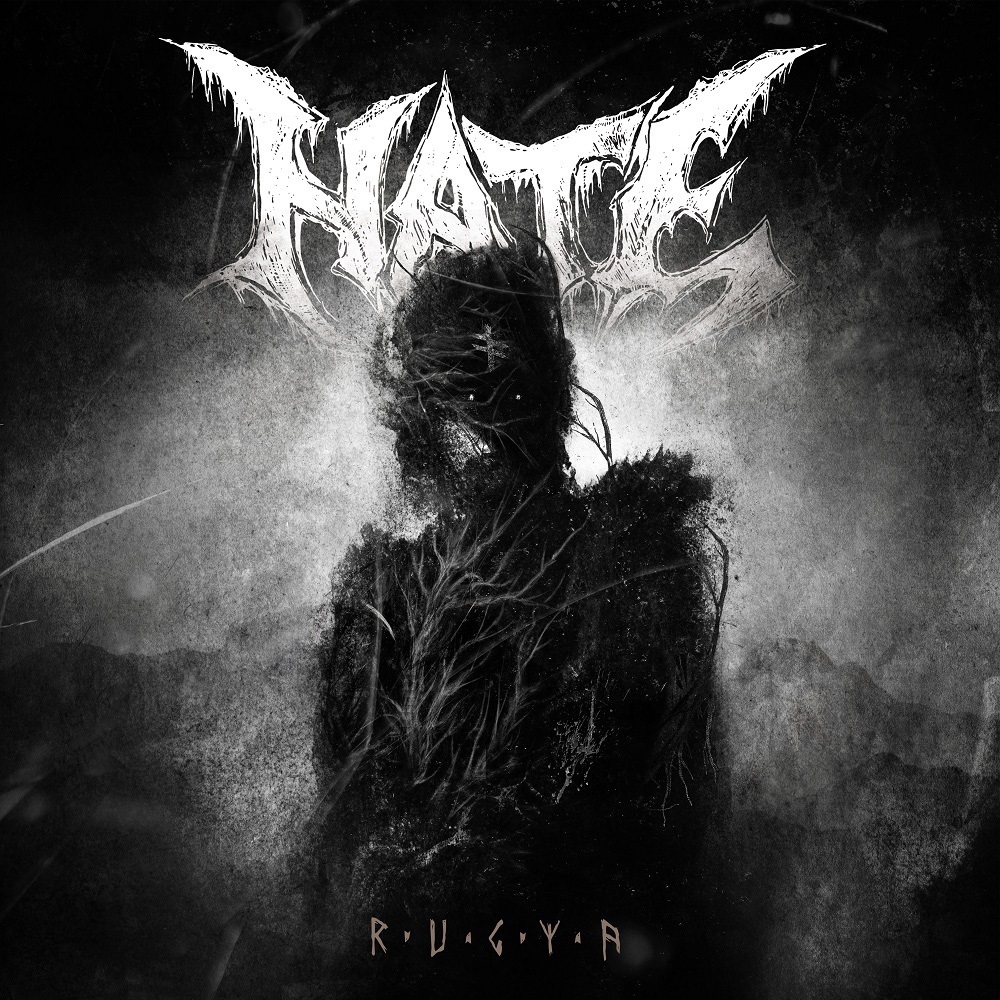 The album begins with the worrying Rugia, the eponymous composition. Riffs quickly progress until those powerful howlings, and the massive sound wears some soaring dissonant notes. Leads drive us to oppressive parts, then The Wolf Queen unchains occult forces with its violence. The rhythmic is skillfully placed over a fast blast without neglecting this weighing ambience, like on Exiles of Pantheon and its ritualistic tones. The introduction quickly offers us the Death Metal basis strength, while leads draw from ice-cold Black Metal, like on Saturnus and those as piercing as soaring riffs. Impressive howlings quickly strengthen the unholy rhythmic, creating a vortex of blackness that sometimes slows down to trap us. Awakening the Gods Within reconnects with this dynamic of continuous aggression while placing more Old School parts, while Resurgence develops heady and airy melodies. The sound borrows from Melodic Black Metal while unveiling a haunting groove and majestic slowness. Melodies are once again highlighted on the massive Velesian Guard, a composition that will for sure make you nod while swallowing the band’s strikes. The song becomes more and more oppressive, just like this apocalyptic final, then Sun of Extinction integrates softer influences while staying intense. We will notice this penetrating and soaring riff, that unveils a more mystical aspect of the Polish’s musical personality, then the album ends with Sacred Dnieper, a more raw song. Riffs are fast and powerful, and they personally remind me of the band’s previous works, where violence leads the game despite dissonant and unhealthy harmonics.

Even if Hate still evolves with time, the band keeps its own identity, anchored in both Death and Black Metal. Rugia is a massive album that knows to be raw, melodic, majestic or dark according to songs.