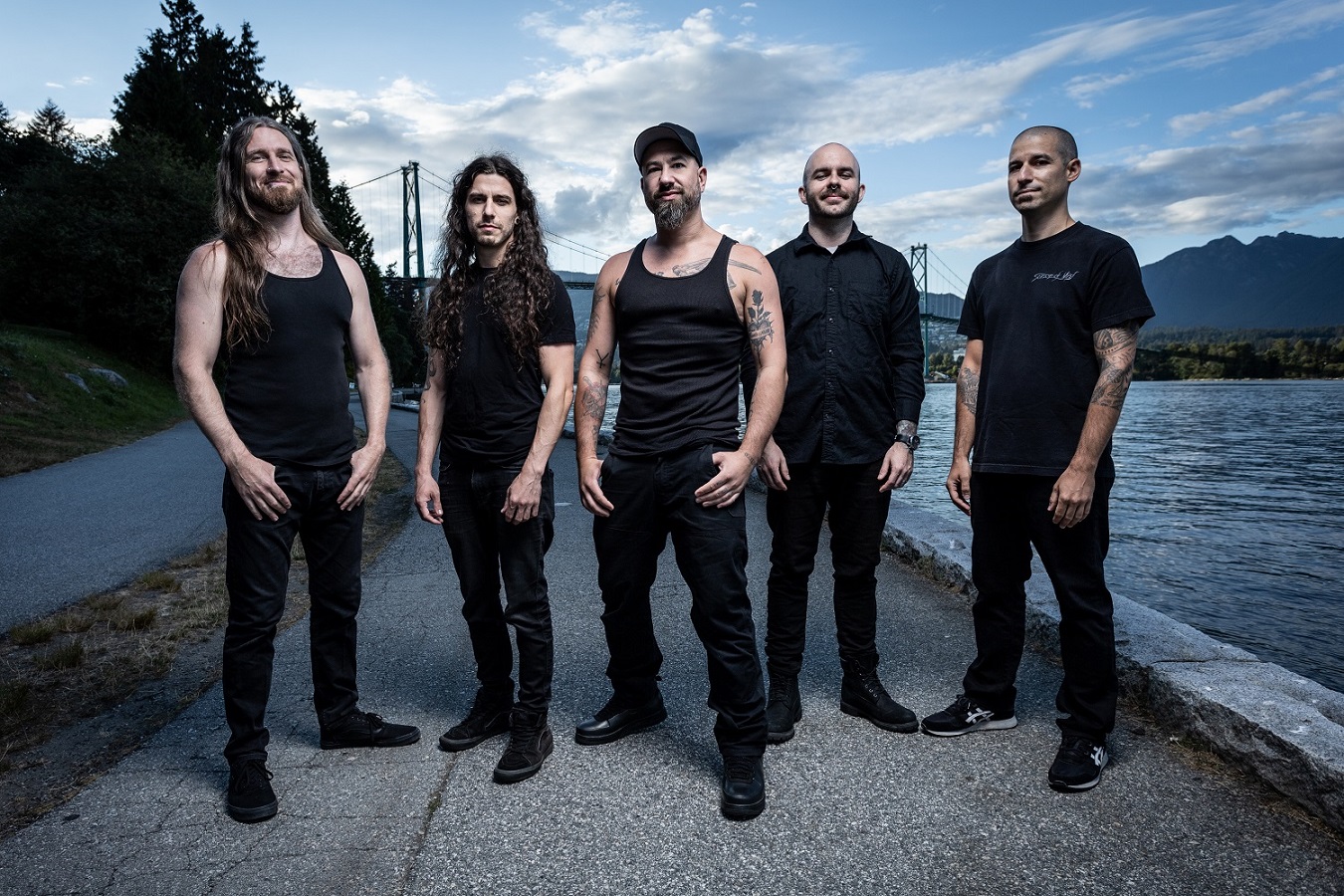 Dean Lamb, one of Archspire’s guitar killers, answered my questions about Bleed the Future, the band’s highly anticipated fourth album.

Hello and first of all, thank you very much for your time! Would you please introduce yourself and the band Archspire?
Dean Lamb (guitar): Hey! My name is Dean Lamb, I play guitar in Archspire!

What does the band’s name mean to you?
Dean: It’s actually just a name idea our former vocalist gave us. He had a list of three ideas, and we all felt Archspire was the strongest, so we went with it! This goes back to 2009, before which we had the name Defenestrated. Archspire is a much easier word to pronounce, and probably more memorable. Also easier to spell.

Bleed the Future, Archspire’s fourth album, is about to be released. How do you feel about it?
Dean: This album took us two and a half years to write and record, which is actually the longest we’ve ever worked on a record. As a band, we obviously feel it’s our strongest material to date. It also has our fastest song ever written, the best production on an album we’ve ever had, and the composition is stronger in our opinion, so we’re pretty excited to release it. The reaction to the singles so far have been overwhelming, so if that’s any indication, I think people are going to enjoy it!

How does the composition process happen?
Dean: The composition still takes place in the jamspace we had while writing The Lucid Collective back in 2013, although we’ve upgraded our gear and utilize a bit more technology to help improve our writing process. We track riffs on a laptop at the rehearsal space, so we have everything mic’d up so we don’t miss any ideas. The schedule for writing was 3-5 times a week for many months, until COVID, at which point we had to adjust slightly and write a bit more remotely. We are lucky however, we all live fairly close to one another, so as soon as restrictions were lifted, we got right back to writing and managed to finish the album in time.

Every musician in Archspire keeps pushing its limits back, how can you still improve yourselves after being so accurate and technical?
Dean: We usually write above of our skill level by at least 10%, which means that we’ll constantly push ourselves. Whether that’s regarding tempo, song structure, or a specific technique, punching up is always the way to go. It’s like you’re on a treadmill that goes slightly faster every few minutes, you do your best to adjust and perform at that new level. It’s really the only way we see ourselves writing music, otherwise there wouldn’t be much joy in it.

On the album Bleed the Future, I of course felt a lot of technicality and violence, but to me some songs are different. For example, Drain of Incarnation sound more melodic and Acrid Canon sounds darker. Do you feel the same?
Dean: This album is DEFINITELY heavier than the previous releases, but we also went hard with specific melodies to drive catchy sections even further into the ears of our fans. We want a chorus of a song to be almost singable, which is no small feat for an extreme Death Metal band. You’re right, some of the songs have a dark feel to them, which was definitely intentional. We like to combine influences of Rap, our favorite Death Metal bands, and Classical music into our sound, so it comes out in a somewhat unique way. Hopefully people are receptive to it. 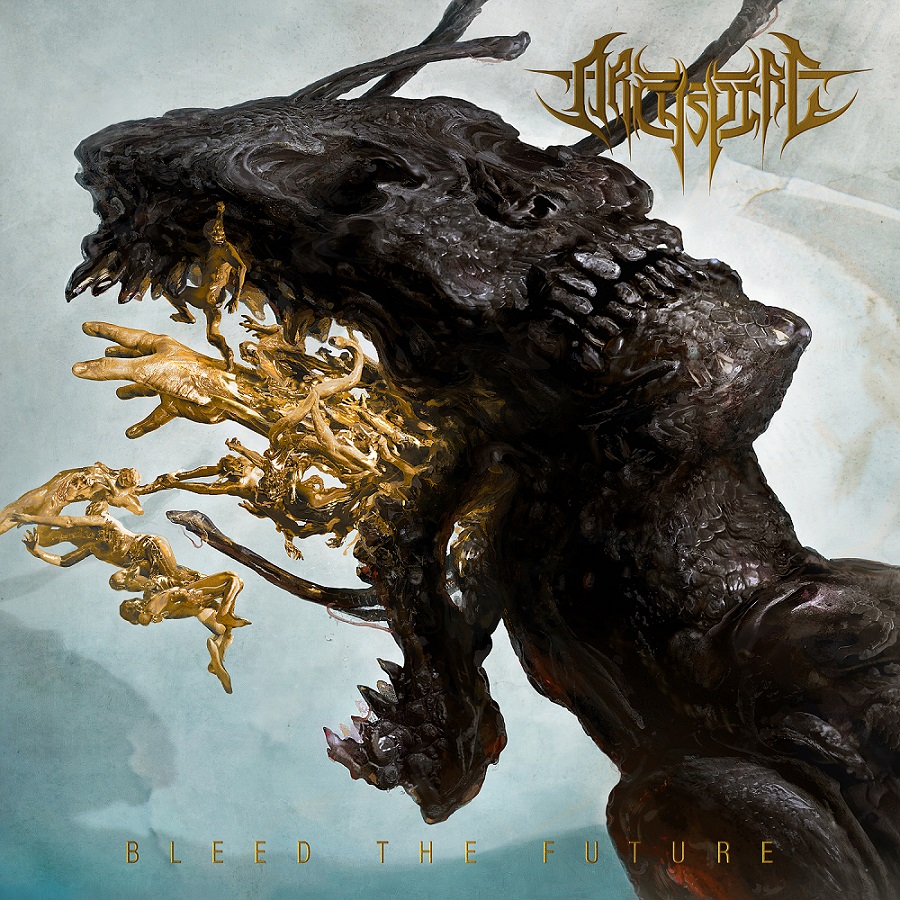 Beside ultra fast-paced parts and cavernous vocals, there are still some heady and airy moments, do you feel it’s a need to keep those quiet moments?
Dean: Some of those moments are actually written in to give us a break from the constant speed of the riffs, so they’re definitely needed. Writing a song at 350 BPM + without any breaks is pretty difficult, so we use the chill sections to not only increase the dynamics of a track, but also to make it playable live. Endurance is considered while writing, for sure.

The two first songs you unveiled to introduce the new album are Golden Mouth Of Ruin and Bleed the Future, why did you pick those ones?
Dean: We picked those two because we felt they were both well rounded songs, that show the melodic aspect as well as the heavy and technical aspect of the new material. We have another single coming out which we consider the song that truly encapsulates what our sound is, so we’re looking forward to releasing it. Once the full album is out, I think people will find there’s some range to the feeling of each song; it isn’t just « play as fast as you can. »

You guys played a lot of shows all around the world, what are your best memories as musicians? What about french shows, especially Hellfest 2019?
Dean: Hellfest 2019 was incredible for sure! We always have great crowds across France, but Hellfest was sort of a dream of ours, and it’s pretty amazing to be in front of tens of thousands of people. It felt quite surreal, but at the same time such a large crowd just becomes a single entity really at a certain point. With a circle pit that large, you don’t really register just how many people are really there until after the fact.

I was lucky enough to see you on stage in France three times (Paris and Hellfest), how do you usually feel before getting on stage?
Dean: It really depends on the show, but I think we’re all mostly past the « being nervous » part of performing. The only real thing I personally worry about before a set, is the technical aspect. Hoping nothing goes wrong, wondering about the sound front of house, considering how our load in/out is going to be. It is sometimes tough to stay present during a performance, and once you’ve got the muscle memory down, your brain tends to wander. I don’t think any of us worry we’re going to mess up notes during a song, because that is pretty much guaranteed. If you do your best and try to be as professional as possible, everything else seems to work out fine. 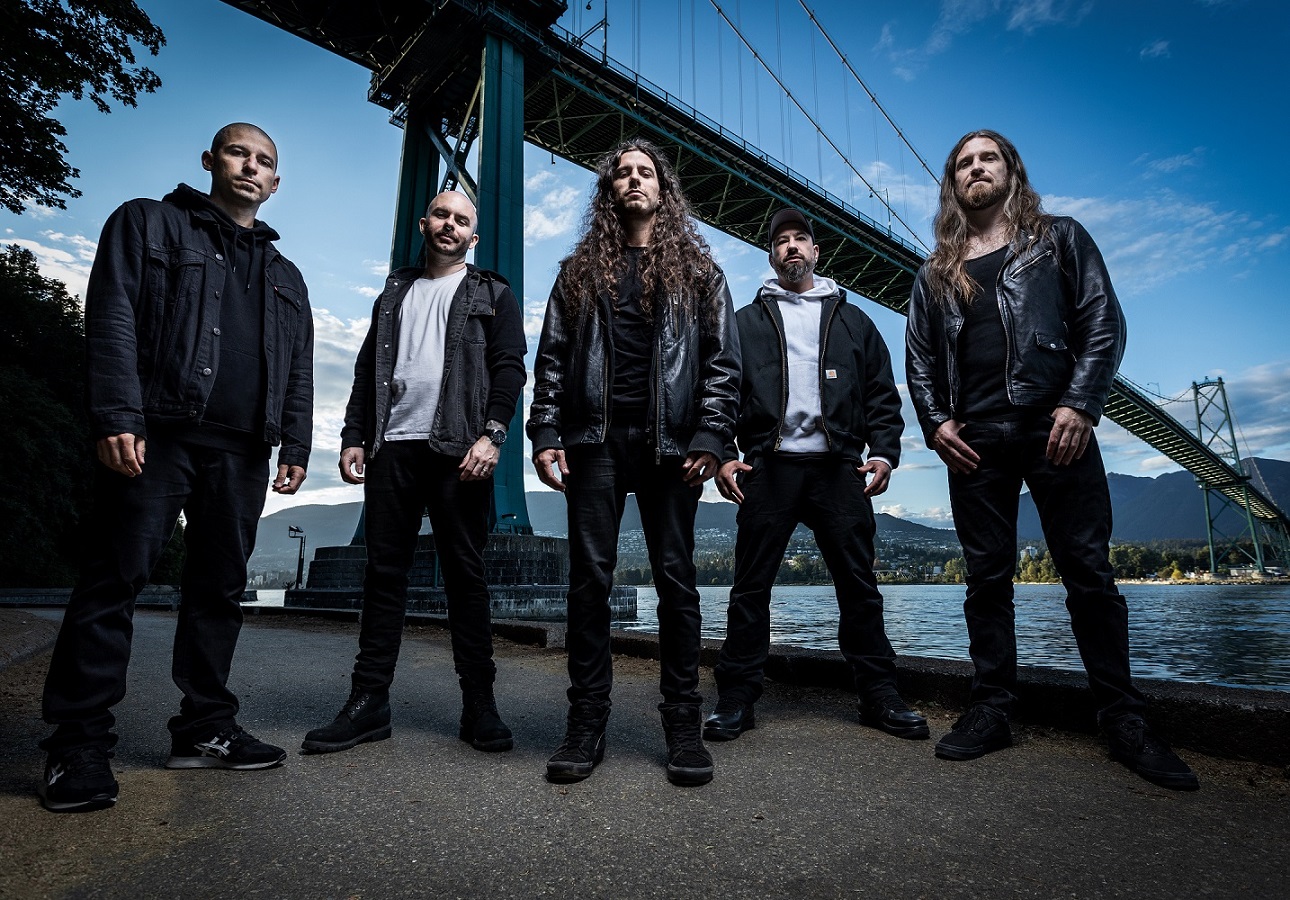 What if I ask you to compare Archspire’s music with a dish or a beverage? Which one would you pick and why?
Dean: An 8 course meal, where you are only allowed 15 seconds per dish.

Even if my own preorder was placed since the very first day, how would you convince us in three words to preorder Bleed The Future?
Dean: Stay Tech! …please?

That was the last question for me, so thanks a ton for your time and your music! Last words are yours!
Dean: Thanks for having me! Pre order the new album wherever you can find it!