Aeon announces the release of its fifth album. 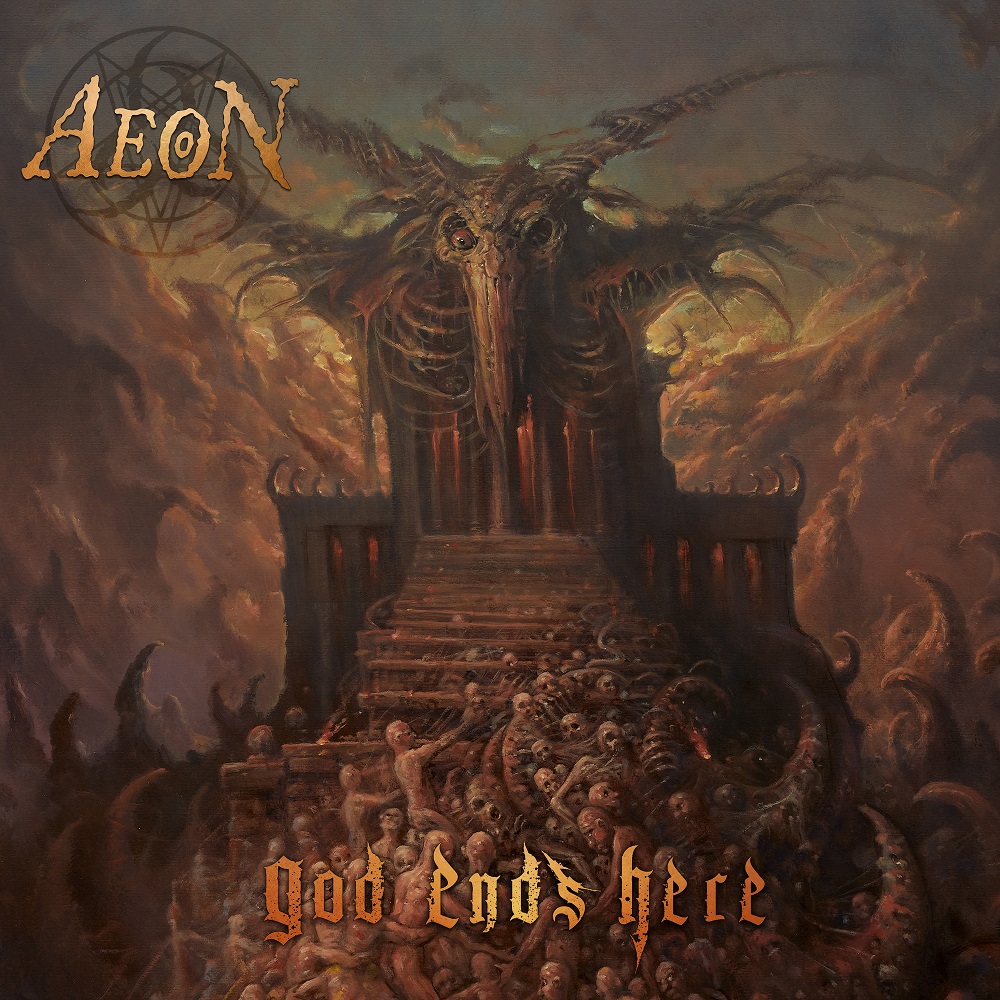 Since The Nihilist, a melodic and majestic introduction, the sound is epic. The feeling is confirmed with Liar’s Den, a first song where the massive blast accompanies raw riffs that draw into dirty Old School roots, but also solid howlings and a dark, nearly oppressive ambience. The mystical final drives us to the groovy Let It Burn, a composition that makes us quickly want to break our neck. Dissonant leads contribute to feed this visceral rage, that gets quieter on the worrying Orpheus Indu Inferis, a quick transition. The song lets place to the burning Church of Horror and its extremely motivating rhythmic. Riffs can be slower and heavier to some cleverly placed moshparts, then Deny Them Eternally leaves once again for some hooking patterns to develop their bloody sound with hints of technicality. Forsaker reconnects with pure effectiveness for a short song that aligns riffs without dead time, then the ambience is again appeased with Into the Void, a melodic and airy interlude that makes God Ends Here spawn. Between the majestic ambience and solid riffs that alternate crushing parts, tearing harmonics and fastness hints, the eponymous song will be loved, whatever you love into Death Metal. Severed comes next with energetic riffs, that sometimes turn into heady harmonics before coming back into those catchy tones made of palm mutes, then technicality surfaces again on Just One Kill. The track melts effectiveness, complexity and massive howlings to offer us something to headbang on while screaming the chorus to walk with morbid choirs. Epic and mysterious tones on Mephistopheles perfectly introduce Let the Torturing Begin, a song that honors the band’s Swedish roots. The morbid and hooking groove is melted to sharp melodies, then Despite the Cross unveils a suffocating sound and a rhythmic that is worth of a steamroller. Overture: Magnum Reginae offers us a last majestic interlude before Queen of Lies, the last song, comes to crush us with its impressive heaviness. Orchestrations participate in this oppressive ambience, and killer riffs offer vocals a perfect basis to end the album as it has to be.