Cognos unveils us its universe.

The band announced no country, a line-up that prefers to stay anonymous, and an impressive musical diversity. Here is Cognos, their first album. 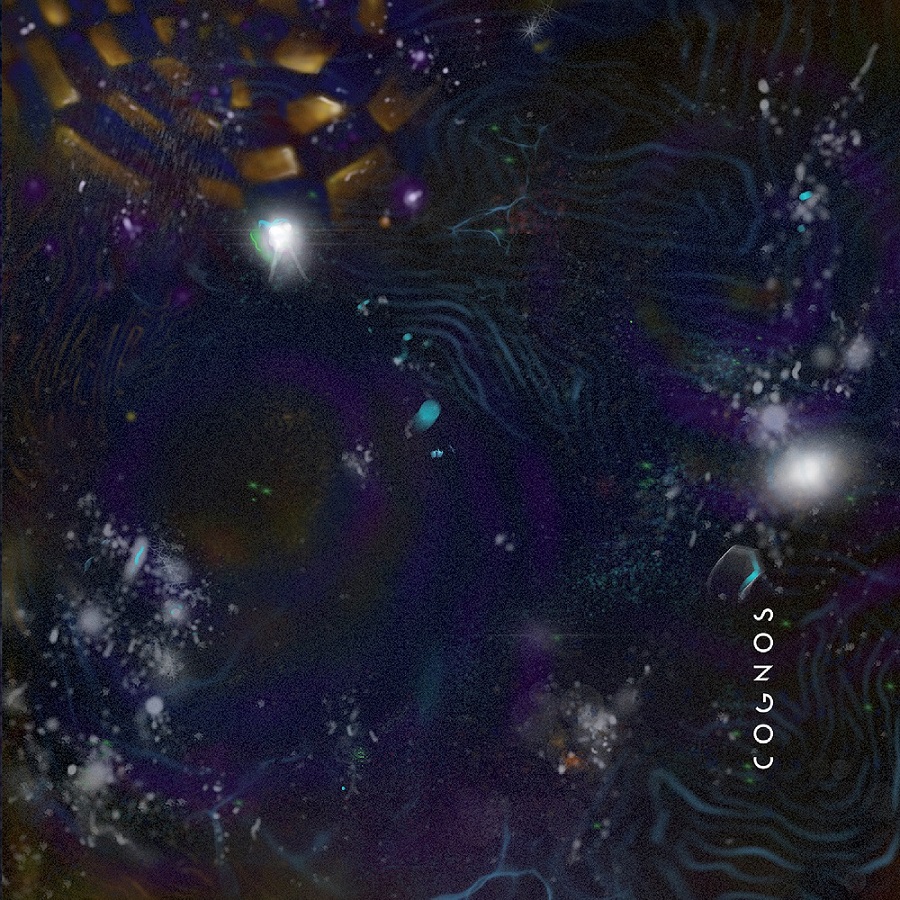 The album begins with an unnamed introduction that offers a worrying Progressive Metal, sometimes heavy and dark, sometimes soaring soft, then the complex Orb comes next. A lot of tapping, then very vindictive vocals join the melting, offering Hardcore-oriented tones. Riffs keep this duality while wild howlings appear, strengthening the contrast that goes through catchy or dark parts, just like Pharos and its heady dissonance. The song develops a jerky rhythmic, then screams turn into intense clean vocals while airy melodies take control of the song, like on Cometary’s Waltz, a majestic composition. The sound is haunting between two fits of rage that draw from Melodic Death Metal, then the band offers a ritualistic break with Light Years Coral, a short track on which we’re mesmerized by GS’ voice. The band quickly comes with Plenary Void and its chaotic leads before displaying a hooking rhythmic. We feel aggressiveness isn’t this far, just like those complex patterns and the instruments mastery, while the band is looking to create a weighing ambience with Hierarch. The track is darker, sharper, but also more ambient, offering norwegian roots some already recognized, then the band offers us a new break with If Skylines Collide, a heady interlude. Tririzon comes next with airy tones, powerful vocals and above all this underlying violence, that only awaits for a small explosion to burst into fire, mainly about wild howlings and mysterious leads. But the song keeps this strange quietness that will lead us to Monolitheor, the last composition that continues with those dark and haunting but complex patterns until the end.

Some bands are raw, some bands are airy, and there is Cognos. The band picks literally picks into every style, Metal related or not, to make Cognos a diversified, intense and complex album, unveiling mastery and experience.