Evil Spell offers a third album for its fifteenth years. 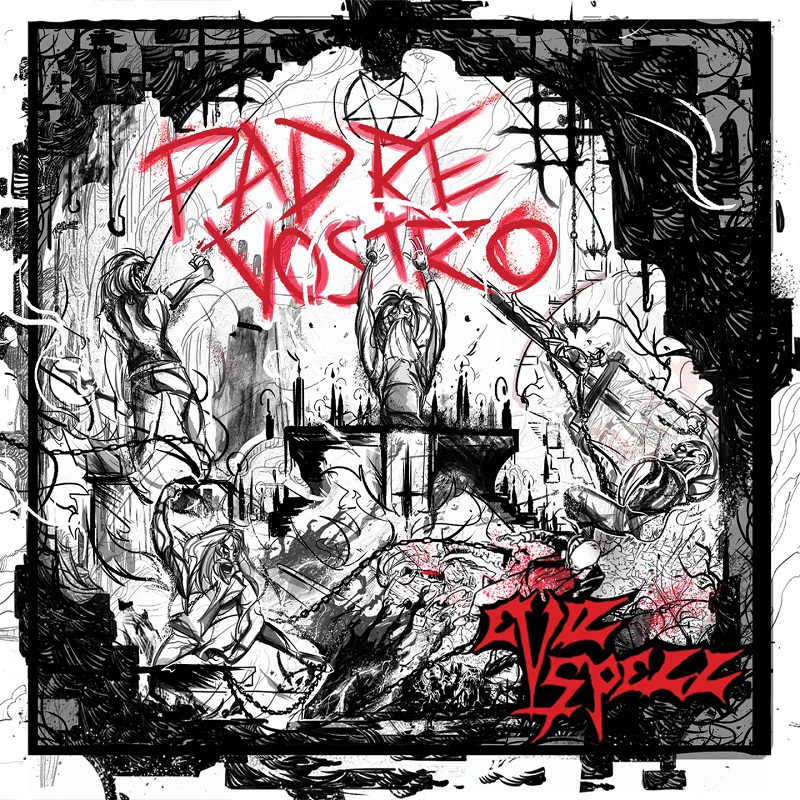 Without waiting, the band makes us enter into their Black Thrash  madness with Horrid, a shrilling and unhealthy song. The raw and hooking sound will make you immediately nod before slowing down, then Padre Vostro comes back with really marked Thrash/Hardcore influences. Heady leads make place to a haunting heaviness while the vocalist offers piercing screams, while Masonic Scum stays into those Old School mastered sonorities while authorizing some untamable parts. The band offers a weighing dissonance for Cardinal Rapist, a suffocating song with slower introduction. Raw rage surfaces again with leads that draw from Black Metal’s unholy roots, then Necrology unveils majestic tones. But this interlude becomes more and more frightening, offering some screams of terror, while Antisocial Satan reconnects with unholy strength and unhealthy influences the band can spread. More haunting tones appear before exploding again, and the fire lives into the riffs of the energetic Pain. After a short dissonant introduction, the track will make us want to savagely nod before leads offer more technical parts like galloping harmonics, but the song is long and it will slow down, creating some heaviness. The explosive final leaves us on Sacrifice, an energetic track that offers very Thrash-influenced backing vocals and dirty riffs on which leads are grafted, then Evil Slaughter, the last track, comes next. The song’s speaks for itself, offering raw and fast-paced sound that gets feeded by effective harmonics with groovy sound.

Evil Spell’s (im)pure energy is contagious. With Padre Vostro, the band picks as much into a fast and Old School Black/Thrash as into an obvious and assumed blasphemy.