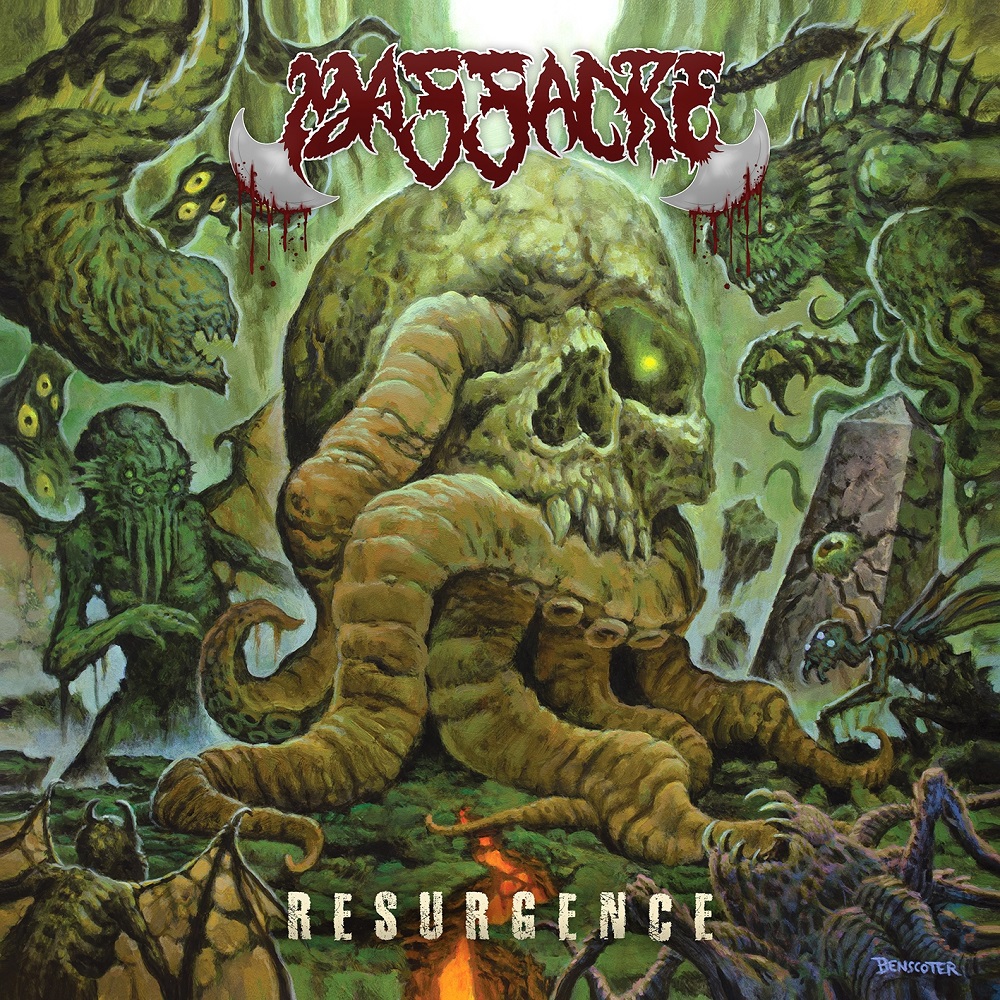 We begin with the worrying introduction of Eldritch Prophecy, a song that pays as much tribute to Old School Death Metal as to dark tones and H.P. Lovecraft. Riffs are solid and inspired, creating a morbid and hooking wall of sound that picks into each musician’s influences, developing energy, heaviness or unhealthy tones before Ruins Of R’lyeh, an extremely catchy composition. Riffs smell blood, vocals are massive, and the melting of those two elements creates an as raw as dark tornado of strength the band permanently develops. After a slower part, we continue with The Innsmouth Strain, a fast, energetic and quite short song that only allows time to place tearing leads and an effective rhythmic before The Whisper In Darkness, a darker composition. Riffs hook us while offering some blackness, but also hypnotic, groovy and raw patterns. A morbid sample barely allows us to breathe before Book Of The Dead, a heady and sometimes highly violent composition, during those howlings for example. While we feel a brief respite, Into The Far Off Void quickly reconnects with this raw rage full of as heady as aggressive and heavy riffs. The same thing happens for the groovy Servants Of The Void, a composition that knows to slow down to develop an as hooking dissonance as the rhythmic, then Fate Of The Elder Gods displays riffs built on the purest Old School Death Metal tradition. Swedish and American influences melt together, just like on Spawn of the Succubus, a track that will break necks while delaying a bit with a hooking and energetic groove. We end with Return Of The Corpse Grinder, a straightforward and a bit short composition that lets as much the unhealthy ambience as the band’s riffs talk.

Did you have any doubts about Massacre? You fools. With such a line-up, Resurgence could only be a compendium of raw strength, attractive blackness and howlings from the grave. Guess what? It’s exactly what you’ll get while playing this record.