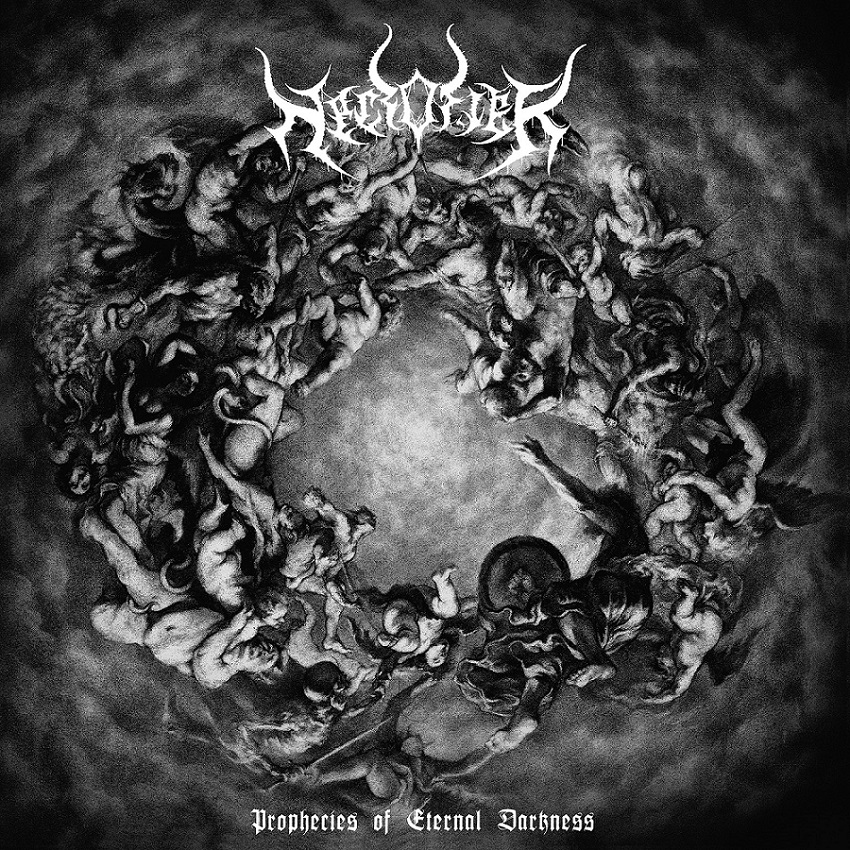 The album begins on The Black Flame Burns, an Old School track that offers raw and energetic tones. Unhealthy influences meet seizing melodies, just like the heavy Blacker Than The Night. The song is slower, but it lets place to some melancholy, even when the rhythmic strikes. The band offers soaring, unhealthy and hooking tones, while staying into a gloomy style, and Madness Descends continues to exploit this universe with an occult introduction. The rhythmic mesmerizes us, creating some cocoon of blackness yet still accessible, on which vocals can alight, while Return To Chaos is way more weighing, less accessible and above all very epic. We feel this Old School sound unveils aggressiveness and a dissonant blackness, but also seizing melodies, then Death Comes For Us All offers more virulent melodies. Raw sonorities unveil martial parts like warlike melodies, then Unholy Hunger feeds with unhealthy and disturbing harmonics. Betrayal Of The Queen unveils more melodic influences, while Plague Requiem introduces us to a realistic sample. A weighing sample, and even if the rhythmic begins, it stays the main element of this suffocating chaos.

If you enjoyed Black Metal from the nineties, you will enjoy Necrofier. Melodies melt to chaos on Prophecies of Eternal Darkness, creating a gate to the darkness that does not ensure a way back.