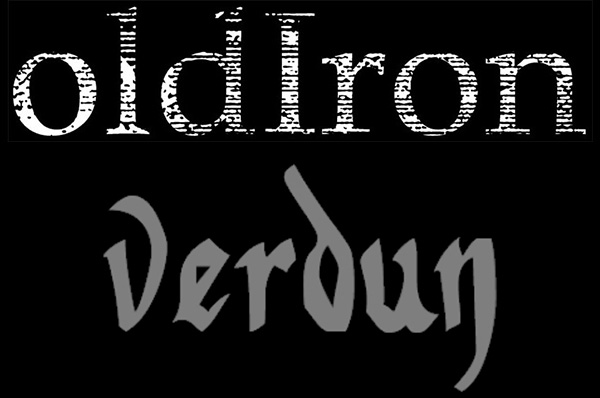 Verdun and Old Iron team up for a split under the sign of heaviness.

The two bands are quite similar : a decade of existence, two full-lengths and above all a suffocating melting of Doom and Sludge. Both bands have two songs on this split. 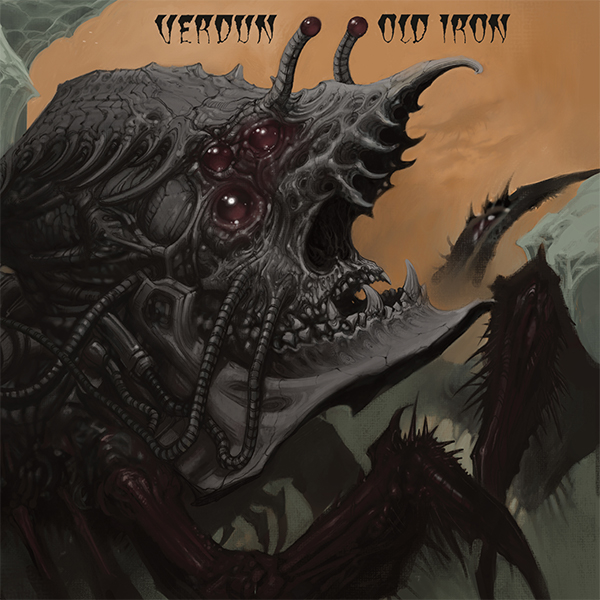 We begin with Old Iron’s intriguing sound that suddenly explodes with a wild howling to make Planetesimal a dissonant and extremely saturated song, creating a weighing and chaotic atmosphere. Heady harmonics melt to the powerful and heavy rhythmic that make us move forward to Strix Nebulosa and its mysterious tones. The song seems to be more appeasing than the previous one, creating some dark veil full of reassuring leads that fuss on a regular rhythmic, and even some Post-Metal into this airy final.

It’s Verdun’s turn to unveil us a new composition, named Narconaut, while keeping the astral tones that marked the previous album. The rhythmic becomes more energetic when howlings come, but it keeps a raw strength and mystic tones, while allowing vocals some ghostly accents. The abyssal final drives us right on Morbid Angel’s Dawn Of The Angry cover, easily adjusted to the french’s style. It means a slowed down tempo, vocals in french and haunting tones, but the song suddenly accelerates for the solo, offering this temporary energy spurt before slowing down again to crush us.

Verdun and Old Iron’s universes offer two sights of Doom/Sludge. Whether both bands love saturation, slowness and heaviness, we feel a dark dirt with Old Iron, while Verdun develops airy and mysterious sonorities. And you’ll love both of them.