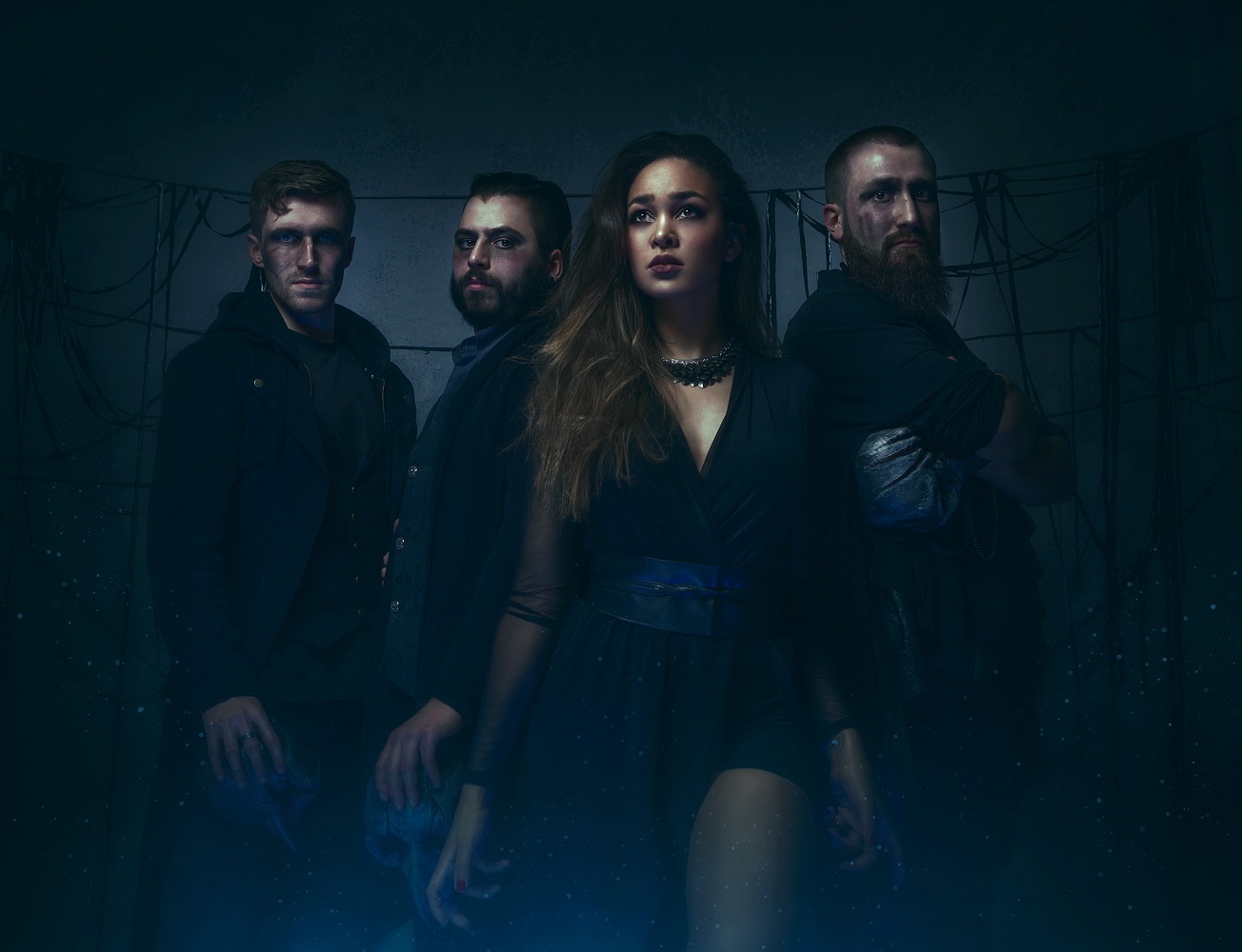 Hello and first of all, thank you very much for your time! Would you please introduce yourself and the band Ad Infinitum without using the usual “Metal” labels?
Adrian Thessenvitz (guitar): Hi, I’m Adrian Thessenvitz and I play guitar for Ad Infinitum. We’re a band from Denmark and Germany and in our upcoming album we break barriers with combining elements from different genres like Metal, Film music, Trap, World music, Pop, Djent and Metalcore.

Where does the name Ad Infinitum come from?
Adrian: It’s latin and it means “To Infinity”. It was Melissa‘s idea and I think it fits our band very well.

Only one and half a year after the first one, Chapter II: Legacy, your second album, is about to be released. How do you feel about it?
Adrian: It was a hell of a ride. We worked so much on the compositions, the details, the videos, the upcoming surprises and the promotion plan. So it feels very rewarding to hear the first feedback of the first singles. We can’t wait for the moment the album is dropping.

How does the composition process works in the Ad Infinitum band? Do you feel some changes between the first album (including its acoustic version) and Chapter II: Legacy?
Adrian: The first album was mainly written by Melissa. The producer had very clear ideas how this should sound in the end. There wasn’t much room for interpretation and twists.

I started writing the acoustic versions and I asked the band in the end “What do you think of this guitar arrangement?“. After that Niklas recorded his percussions and Melissa added her vocals and we all worked on our own somehow. The complete opposite happened with Chapter II. We worked as a very close team and the best part was: we were combining our strengths and it wasn’t about finding the smallest common denominator. We worked on every song together and everybody added ideas and suggestions, so we really got the best results possible.

You also welcomed a new bass player, how is it to have new blood in the band? What about composition?
Adrian: Having Korbinian on board boosted the band a lot. He has so much energy and dedication AND he’s killing it on the bass. Korbinian and I live in Cologne, so we met for songwriting sessions very often. His input was important for many songs! He gave the initial ideas for Afterlife and Lullaby for example.

On the song Afterlife, you have Nils Molin from Dynazty and Amaranthe as guest vocalist, how did you work with him?
Adrian: Melissa wanted to have a duet on the album and after she heard the demo of Afterlife she decided to ask Nils. It was a pleasure working with him! He delivered “studio ready“ vocals very fast and he was hyped about being on board. Such a nice guy!

One of my favorite songs from this album is My Justice, Your Pain, which is a very catchy track. How do you manage to melt energetic parts with orchestrations and majestic elements?
Adrian: Ah that’s nice to hear! This track is different from the others and we are looking forward to our fan reactions! In general it’s not so complicated to add orchestrations. You’ll need a good band sound with a band arrangement at first. After that you look for the parts which need something extra. The chorus deserves high strings, the verse could use this kind of color, the breakdown needs something spooky or we need an epic outro. We wrote some demo orchestrations, so our orchestrator Elias Holmlid knew where we want to go. But I don’t have a special insight how he worked in detail.

How was the band’s aesthetic created at the beginning?
Adrian: At first we wanted a strong concept: the masks, the outfits and a storyline. It is hard as newcomer to find your unique selling point. But with the creation of Chapter II we eliminated some parts of the concept and added some other stuff. I hope it stays an interesting evolution!

Since the first release, the band teams up with Napalm Records. How is it to have them by your side?
Adrian: It’s great. They’re great promoters and we communicate with them daily. They are really into it and they know what works best for us.

As we all know, Covid-19 crisis fucked a lot of things up since last year, how did you face the situation as a band? Did the crisis have an impact on the album itself?
Adrian: We made the best out of it. We don’t know where we would be without Covid. Maybe we were touring a lot and didn’t start writing on the second album. So, we used our time and wrote a lot of music. I think the influence of Covid is that we already release the second album now.

Even if there are still a lot of doubts about the worldwide situation, you have your release show planned on 29th of October, 2021 in Konzertfabrik Z7 in Pratteln. What can we expect of this show?
Adrian: The show will definitely happen! We have great guests on board like Dust In Mind and Illumishade! They’re great people and we will be very happy to deliver the whole second album, which kicks ass! Of course, there are some surprises planned, but I can’t tell more… 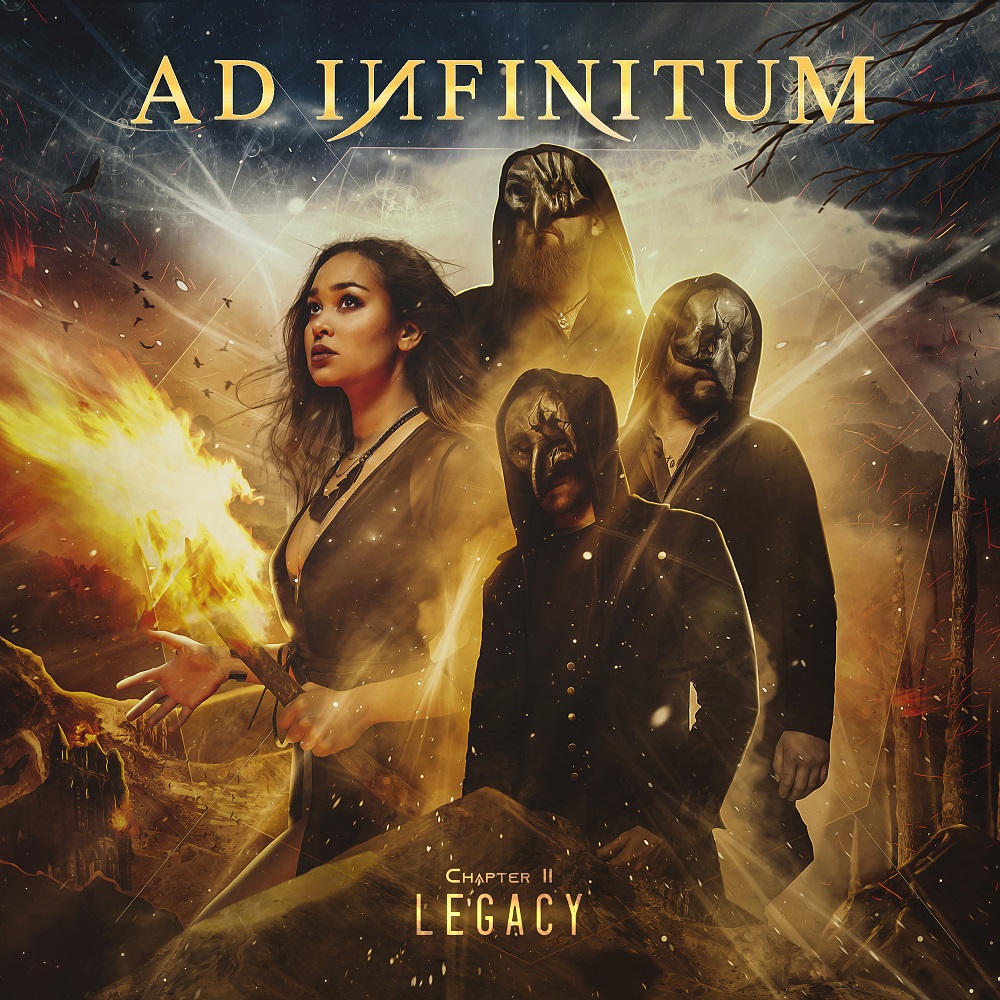 How do you feel before getting on stage in general?
Adrian: When I’m with a band I’m very relaxed, but also focused. I have a strict routine on warming up and when I eat before a show. I feel the adrenaline two or three minutes before getting on stage and I love that feeling. You’re doing what you love, it doesn’t get boring and the excitement gets me out of the bed everyday.

What do you love about your music that you cannot find in other band’s music?
Adrian: Hard to say.. I mean, there were bands before my music, that inspired me to pick up the guitar. And we all want to grow. The journey has just begun. But the most special thing about this album is the consistency of many good songs. Many catchy choruses and heavy breakdowns plus having so many different influences, that you’ve never heard in Metal before. I mean, listen to Inferno: A Djent ballad with slide guitars, acoustic guitars and this epic cinematic arrangement. I hope we go into this direction even more in the future.

Maybe you already heard about the french Metal scene? Which French bands do you know?
Adrian: I’m sorry, I didn’t keep up with the latest music releases and maybe I know French bands, but I just didn’t know they’re French. When you work so much on your music and the upcoming release it’s hard to keep up with other stuff. You’re literally “In The Zone“. But when this is done, I’ll catch up!

What if I ask you to compare Ad Infinitum’s music with a dish? Which one and why?
Adrian: Steak, medium, with fried potatoes and gravy. Plus a nice beer. The sound has some „meat“, a bit rare, the right amount of spice. The ballads are the refreshing beer. Just what you need when you’re hungry!

Are there some musicians or bands you would like to collaborate with on a song, or more?
Adrian: We haven’t talked about it yet. I’d love to have Myles Kennedy (Alter Bridge) or Elize Ryd (Amaranthe) on board someday. But we’ll see.

Last question: which bands would you love to tour with? I let you create a tour with Ad Infinitum and three other bands!
Adrian: Amaranthe, Starset, I Prevail and Ad Infinitum of course.

That was the last question for me! Thanks a lot for your time, last words are yours!
Adrian: Thank you for the interview! And thanks to all our fans out there! Your support helped us to keep going! It means the world to us! See you soon in Pratteln on October 29th! All the best, stay healthy!