Barely one year after its seventh album, Stillbirth releases a new EP. 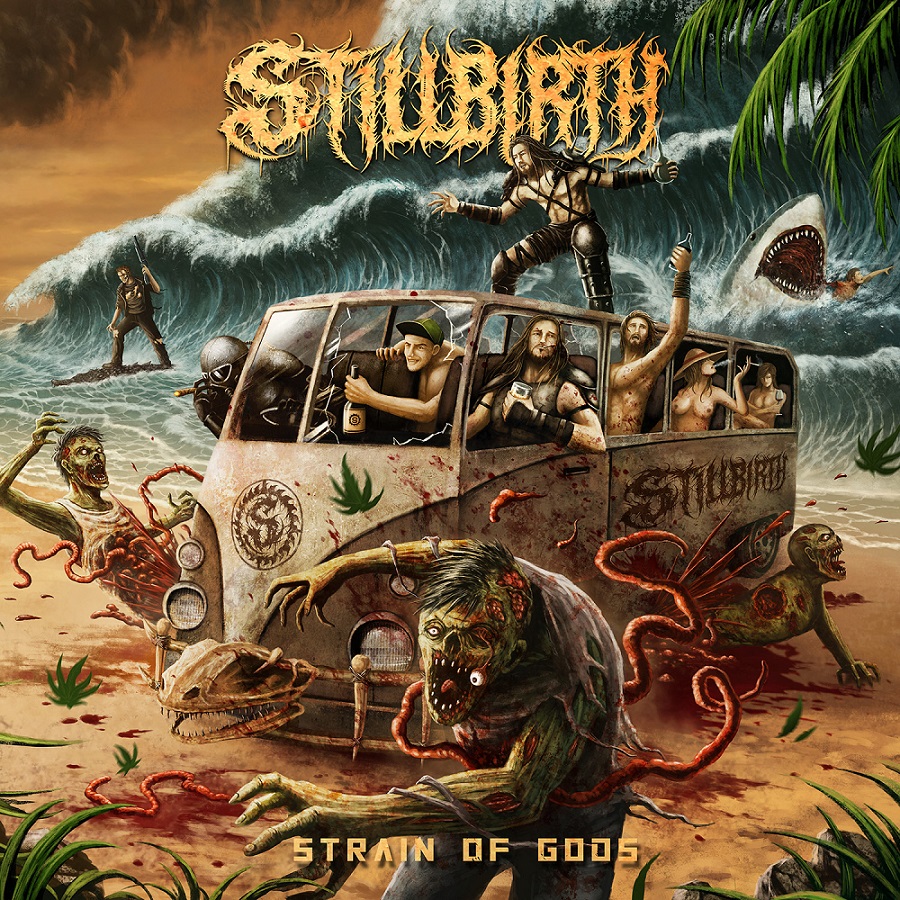 Six tracks, twenty minutes, and still no kind of delicacy. We begin at high speed with Ultimum Exitum, a heavy and Old School song that permanently crushes us, sometimes making the rhythmic slow down a bit for some moshparts, but also for this mammoth break, then Surfer Paradise comes to put music on the apocalyptic visual created by Aghy Purakusuma (Demigod, Hellhound, Pure Wrath, Sufism…). The sound is still thick, taking advantage of this biting bass duo to give an explosive relief to those exciting riffs, then the band offers a short moment of communion to begin Double Fire Double Fun. Riffs are incredibly heavy and sharp, feeding those monstrous howlings supported by as aggressive backing vocals, then Grindcore influences surface with Skinned by the Sun. The rhythmic is sharp and abrasive, but Slam oriented sonorities make the melting catchy, like this dancing part before the final acceleration. You Can’t Kill Us unveils surprising Hard Rock influences, whether it is on the solo, where the band is helped by Lwandile Prusent (Vulvodynia), or the intro, then violence and blast come to crush everything while letting hooking patterns prove once more their effectiveness before Strain of Gods. Whether the song unsurprisingly begins with aggressiveness, annihilating everything on its path, we will have some… surprising break. We feel under this soft melody that drums only need to explode, and it will be done for a dirty and heavy final.

If you still had doubts on Stillbirth’s strength after their previous releases, there’s nothing I can do for you. Strain of Gods is short, but it is made of pure effectiveness, raw aggressivity and this little hint of characteristic madness, making it dangerously addictive.