The Lurking Fear comes back to explore the depths. 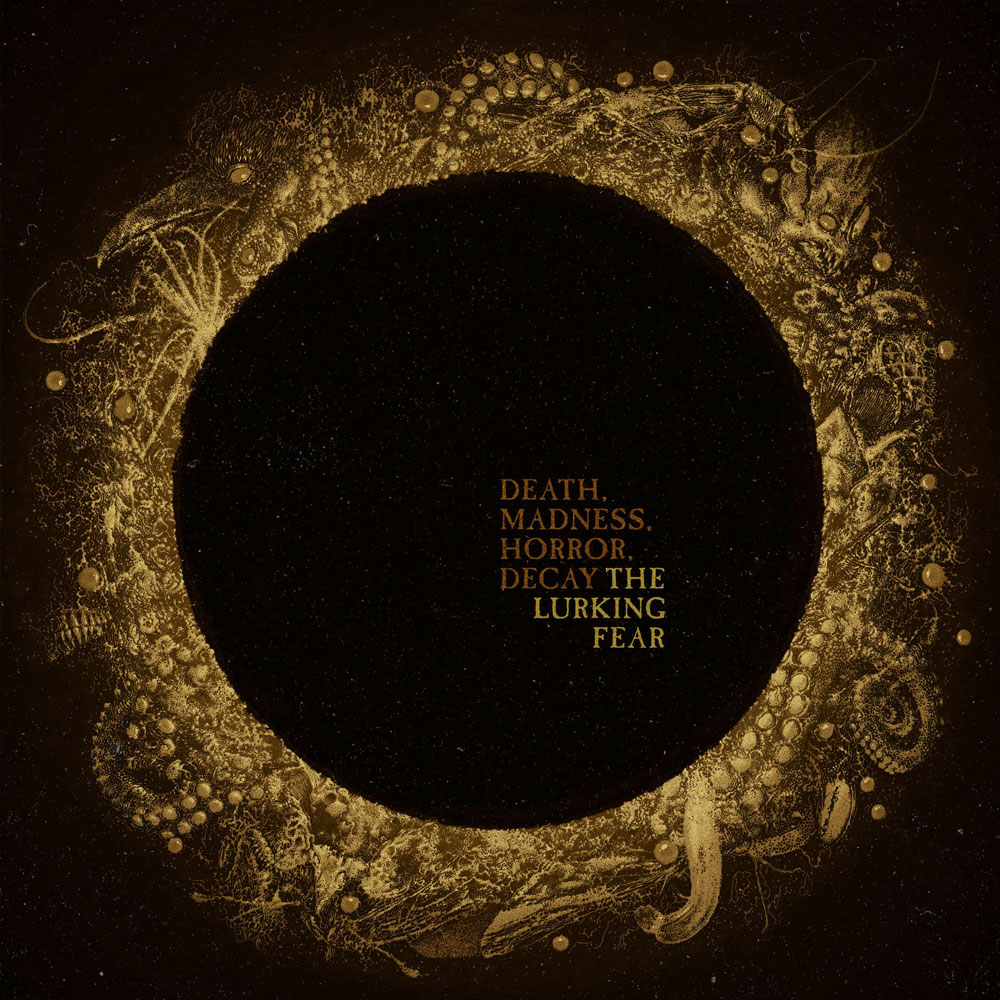 The album begins with Abysmal Slime, a song of which weighing introduction unveils us a very Old School rhythmic, accompanied by this so recognizable voice. The sound is abrasive and raw, while displaying burning melodies which drive us without transition to the dark Death Reborn. Blackness haunts fast and effective riffs, while Cosmic Marbre unveils an as dissonant as thick rhythmic, creating a feeling of anguish. The sound grabs us by the throat before unveiling all its power, like on the haunting Funeral Abyss and its weighing but hooking rhythmic. Doom/Death influences appear while guitarists develop ambient harmonics, then Death, Madness, Horror, Decay reconnects with this greasy oppression before the rhythmic explodes. The eponymous song’s unholy energy is extremely hooking, exploring those musical darkness that never cease to increase, even during leads. Architects of Madness reconnects with effective melodies anchored in both the swedish scene and a dirty sound, creating a weighing slowness with soaring leads which feeds this ambient chaos before the dynamic In A Thousand Horrors Crowned. The tempo is higher, allowing this rage to express itself before giving birth to a mélodic dissonance, then Kaleidoscopic Mutations revives the oppression with this introduction and those howlings. The song is short and it drives us right on Ageless Evil, a thick and raw song. The massive rhythmic offers us a dark saturation, perfectly placed howlings and ghostly leads, just like the instant anguish that strikes over One In Flesh. The song stays on Swedish Old School influences while offering a heady dissonance, then Restless Death comes back into an unhealthy and straightforward Death Metal. Piercing and dark melodies come next to oppress us one last time before a mysterious final, driving us to Leech of the Aeons, the final track. The mystical aspect is undeniable, and it perfectly melts with the song’s raw form, whether it is on a rhythmic that will eventually explode or to piercing leads, which lets us glimpse an airy dissonance for the end of the album.

The dark universe of The Lurking Fear is undeniable. Even if Lovecraft’s myth was explored so many times into the Metal scene, Death, Madness, Horror, Decay throws us into a dissonant blackness full of oppressive melodies, raw rhythmics and massive sounds we can only enjoy.