Since 2003, and despite a break between 2005 and 2008, Steffen Kummerer (vocals/guitar, Obscura, ex-Death DTA) drives this compendium of Melodic Black/Death. Joined by Erebor (drums, Secrets of the Moon), M. Delastik (guitar, Haradwaith, The Soulscape Project) and more recently Carsten Schorn (bass, Nailed to Obscurity, Battue), the band releases A Dying Wish. Notice that the album was recorded with Christian Kratzer, the band’s previous bass player, who died by accident last year. 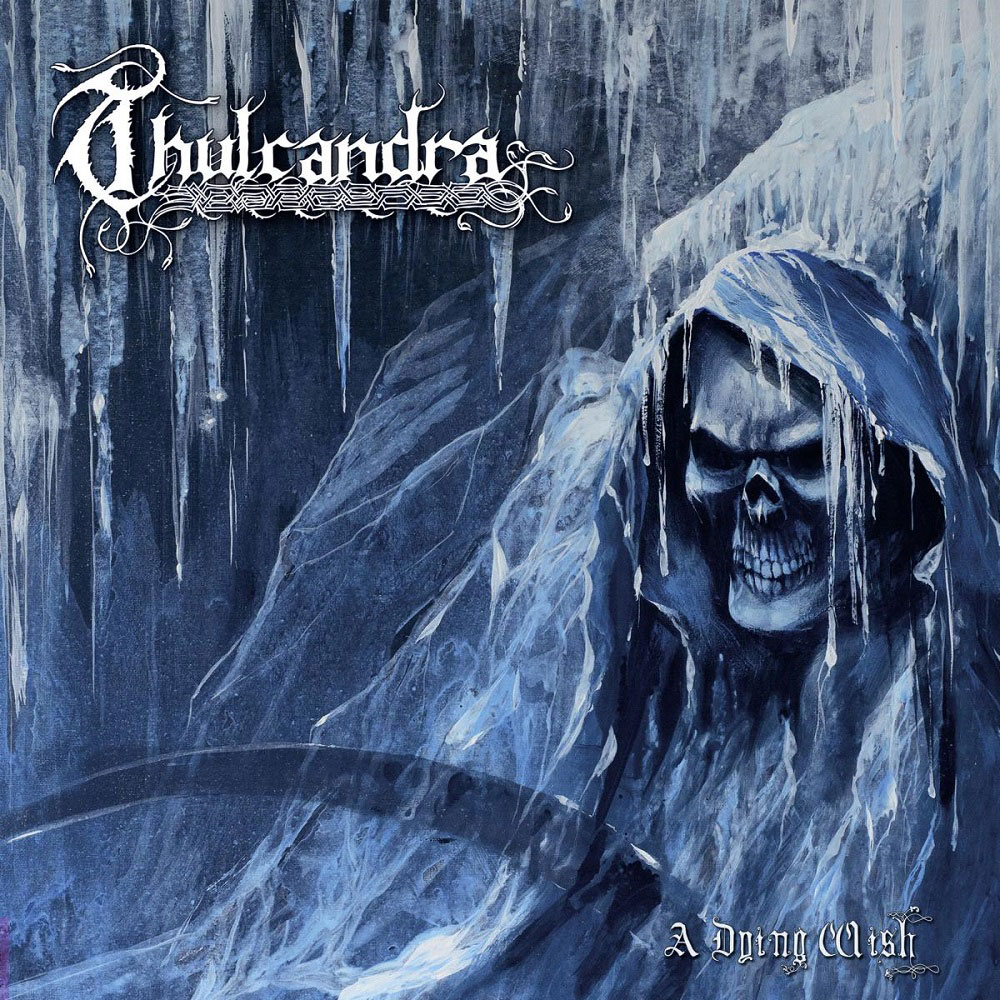 We begin with the melancholic Funeral Pyre, an ice-cold composition that will progressively burst into fire to call vocal parts. Heady melodies fly around us and lacerate us, then the rhythmic comes back before Scarred Grandeur, a sharp and fast composition that unveils raw and Old School parts, but aussi heavy elements. Piercing melodies accompany us before letting us catch our breath again on the short and quiet Orchard of Grievance. But the clean sound won’t last because saturation surfaces again with In Vain and its obvious blackness. Even when a raw groove or mystical choirs join the rhythmic, the sound is abrasive, while dissonance reigns over Nocturnal Heresy and its haunting rhythmic. Violence will quickly join the melting, creating a hypnotic contrast that will last even when the tempo gets appeased or increased. The Slivering Silver offers a dark but quiet introduction that won’t last, because raw furor almost immediately takes hold of musicians and their instruments. The melting with already aggressive melodies only strengthens a visceral rage that will explode before the final, then it drives us to In Bleak Misery, a second and last clean sounding interlude. Guitar opens us the doors of A Shining Abyss, a composition with deeper vocals, creating a contrast with soaring harmonics. Anguish meets blackness for a clean-sounding break before exploding again into this wave of strength that mesmerizes us again, like Devouring Darkness and its ice-cold leads. Vocals are still weighing, as well as this heavy rhythmic with sharp harmonics, then as the track’s name evoked blackness becomes stronger before fully invading the band’s riffs. The intense final part will give birth to A Dying Wish, the last song. A dissonant and hypnotic introduction, then the rhythmic joint the vortex of coldness before oppressive vocals come to strengthen this intense heaviness. The song does not focus on fastness, but on a raw strength we have at every moment until the sound drowns into darkness.

Even if Thulcandra isn’t even twenty years old, its musical roots can be found in the past. Coldness, blackness and intensity make A Dying Wish an as raw as melodic, as dissonant as heady and as strong as interesting album.