Exodus, core band of the Bay Area Thrash Metal, comes back to introduce us to its twelfth album. 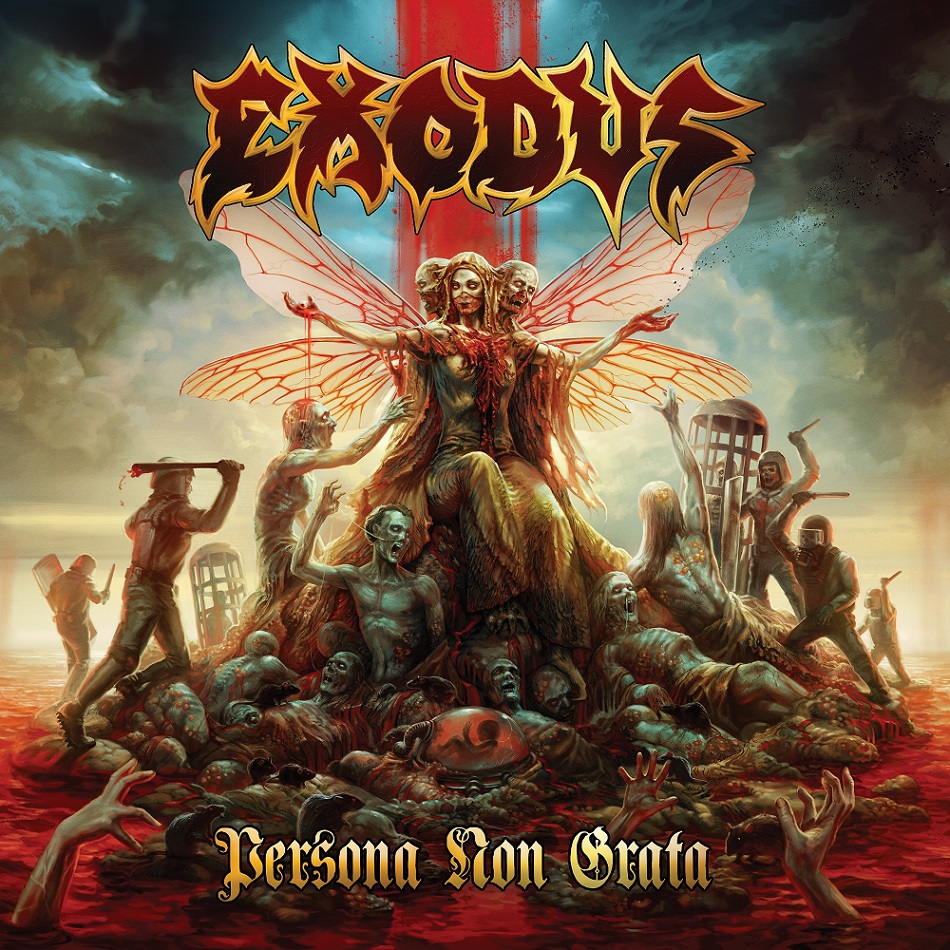 We begin with Persona Non Grata, the eponymous track, and its destructive riffs that immediately make us sink into an aggressive and hectic ambience. The rhythmic section won’t late to join this mad guitar, followed by vocals which alternate between piercing screams and powerful voice. Leads perfectly blend in this solid basis, then R.E.M.F. melts the band’s Old School influences to a hooking groove. The vocalist’s vindictive howlings are permanently motivating, but musicians can also develop parts dedicated to mosh and raw energy, then Slipping Into Madness unveils mysterious tones before revealing its true strength. The song still offers a quite dark groove, like on Elitist and its heavy but hooking parts. The composition offers very effective warlike tones improved by sharp leads, then we go back into blackness with Prescribing Horror. Even if the soaring and unhealthy ambience is quite unusual for the band and its style, I think this is an excellent song perfectly managed before we come back into pure Thrash Metal on The Beatings Will Continue (Until Morale Improves). An energetic blast comes as a basis to an as energetic rhythmic, and a vocalist at his best, then The Years Of Death And Dying melts Old School sonorities with a killer groove before unveiling a very melodic chorus. The contrast between the two universes is impressive but very natural like the vivid rage on Clickbait. The song links restless patterns full of burning harmonics to a fast and solid basis before offering us a short acoustic break named Cosa Del Pantano that offers a quiet sound before Lunatic Liar Lord begins, on the same acoustic tones. Saturation quickly comes back to fire the rhythmic, but a mysterious break will slow the tempo down while offering a weighing blackness, then pure aggressiveness surfaces through leads and rhythmic, which leads to the energetic The Fires of Division. The introduction takes many respites, but when riffs really begin, nothing can stop them. We also have impressive parts on vocals, then the album ends with Antiseed, a composition that creates a link between a raw Thrash and more accessible melodies, under powerful howlings and wild solos, which are of course an expected part.

Exodus’ lifespan is only equaled by its quality. Persona Non Grata skillfully melts Old School Thrash Metal with dark, melodic or weighing sonorities, but we feel one thing: each song is hooking by its own way, and this is what makes them unique.