Imperialist continues its ascent with a second album.

Created in 2013 in the United States, the band composed of Bryant Quinones (guitar), Rod Quinones (drums), Sergio Soto (guitar/vocals) and Joshua Alvarez (bass) releases a first album in 2018. In 2021, the band stays with Transcending Obscurity Records for the release of Zenith. 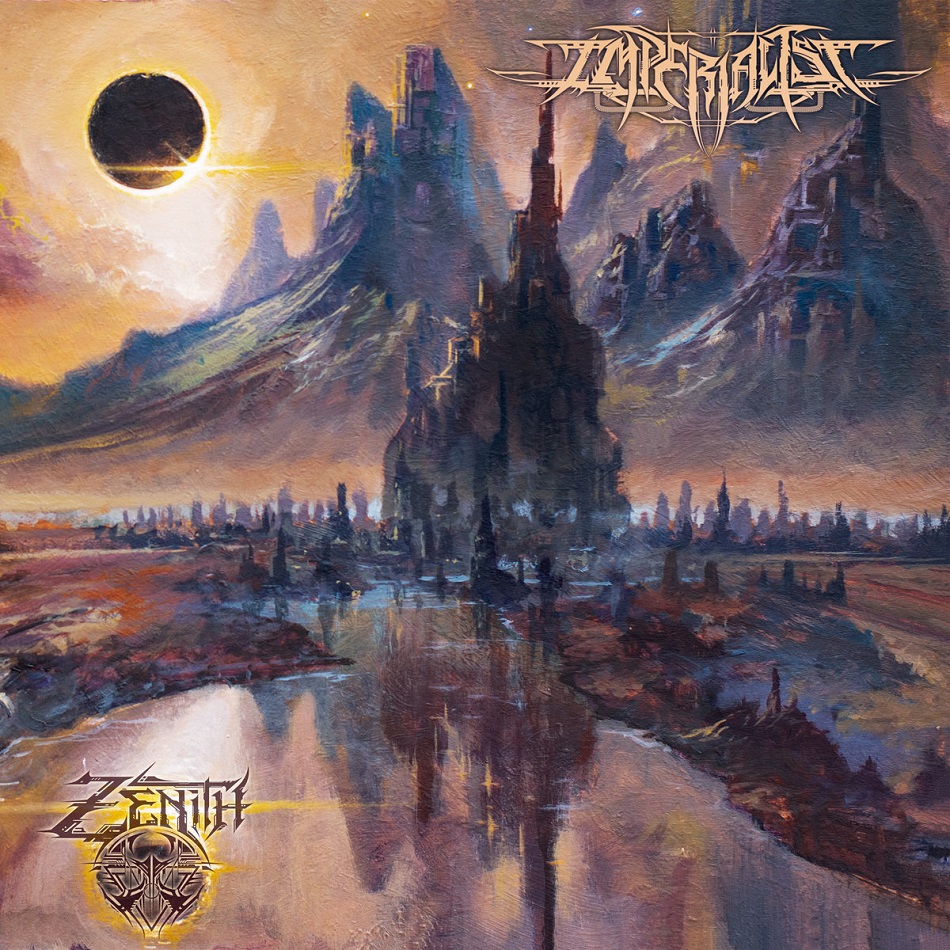 The album begins with 01011000, a melancholic and airy introduction that slowly becomes darker before the beginning of The Maw, an incisive and oppressive track. Vocals are raw and solid, but riffs wear soaring melodies, creating a contrast with the sharp rhythmic. The sound easily mesmerizes us, then Parallax Descends comes next with warlike and cold patterns, which places us into an atmosphere of permanent aggressivity. The band’s Old School influences come over during piercing leads, while He Who Mastered Shapes unveils an unhealthy dissonance. The sound becomes more weighing on this long and haunting track that also offers some Thrash and airy influences, making it really hooking. The song’s different aspects are complementary, creating an interesting coherence that eventually slows down, then Majesty of the Void takes our mind away through darkness. Worrying leads also participate in this dark and warlike ambience that will be driven by howlings before a very heavy final. The band continues with Terminal Odyssey, a very melancholic composition at first, then raw rhythmic comes next. The song will next be very worrying, reconnecting with ice-cold Old School roots, then they calm down and become softer, more airy, but also more complex. The album ends with Beyond The Celestial Veil, a composition that sometimes makes us suffocate while being majestic and soaring before reconnecting with fast-paced tempo. The band offers a surprisingly quiet break before blackness surfaces again, then the sound slowly fades away before the final silence.

I don’t think I can properly describe Imperialist. Whether Zenith sounds raw and melodic, we also have warlike tones, unhealthy respites and a seizing blackness. An album you should listen to, but with ideal conditions.