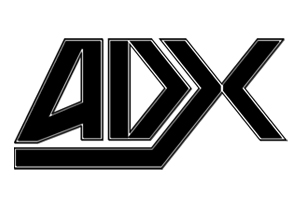 ADX brings back one of its cult and long-forgotten album.

Since 1992, the band driven by Phil Grélaud (vocals) and Didier Bouchard (drums) is amongst the legendary french Heavy/Speed bands. Completed by Julien Rousseau (bass, Fall of Seraphs, ex-Hürlement), Nicklaus Bergen (guitar, Shadow of the Beast, Thrashback) and Neo (guitar, NeoGeofanatic), they introduce us to Etranges Visions, a french and remastered version of Strange Visions, their 1990 album. 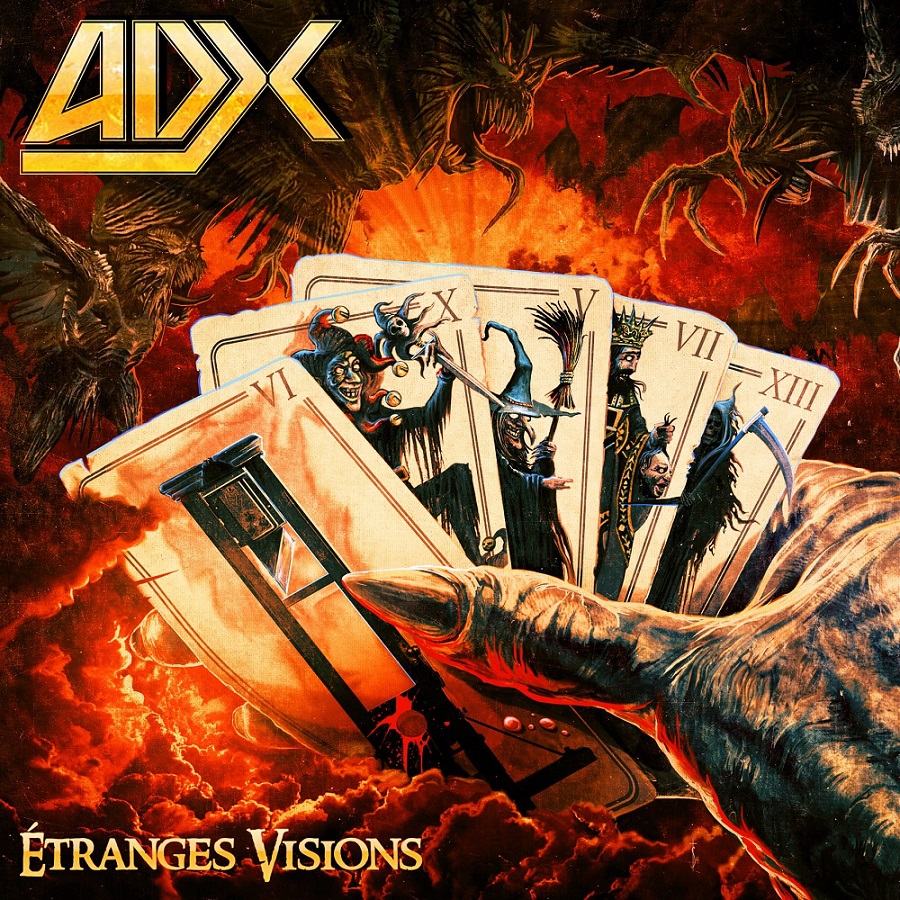 We begin with Etranges Visions, a song with mysterious sonorities which perfectly introduce the epic sound the band develops with Le Sang de l’Ennemi. Whether the rhythmic is still as solid as in the original version, vocals can be a bit confusing at the beginning, while leads prove the sound sticks to the original, as well as on Génération Perdue and its weighing tones. Vocal parts offer epic moments while harmonics place sharp and martial elements, but Sacrifiés Pour la Cause unveils groovy and piercing Speed elements. Backing vocals replace us in this catchy Old School universe, then accelerations offer a hooking aggressiveness, while Guerre Mystique unveils haunting and progressive tones. Epic leads come to add relief to the song, creating a warlike atmosphere before L’Emprise and its fast and solid sonorities. Effective patterns are multiplied while leaving vocals an important place, just like those vindictive parts, which strike again on Le Reflet du Mal and its dark Power accents. Backing vocals and dissonance reign over the track, then Terre de Colère offers a hooking groove coupled to those sharp tones. We feel a weighing dimension, while rhythmic places pure Heavy Metal elements, creating a contrast before Trouble, a song with a magical introduction. Airy and heady harmonics slowly drive us to Invasion, a last vindictive and sharp composition. Riffs pay tribute to the style’s roots, reviving this warlike ambience to which we can only be caught by, while enjoying those piercing leads.

With this album, ADX melts its Old School riffs and its more modern sonorities. Even if Etranges Visions is an already known and enjoyed album, the new version gives it an additional personality the fans will undoubtedly like.