After two EPs, Godless offers us its first album. 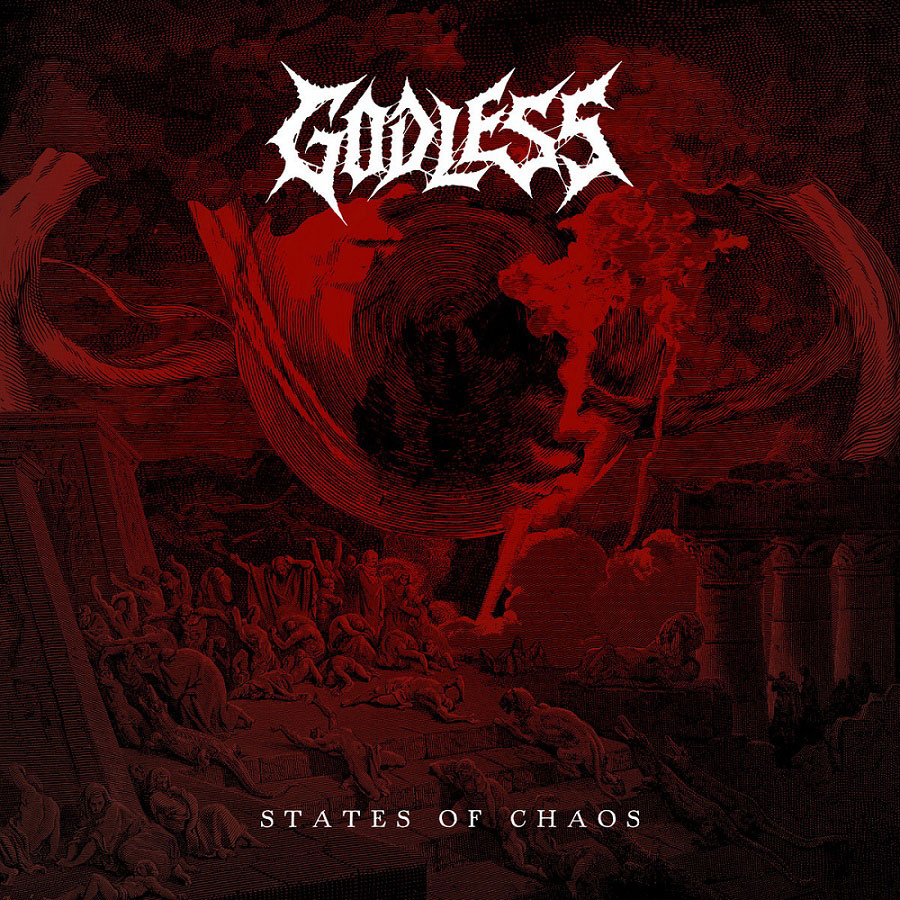 Forget the meaning of quietness, because Malevolent strikes with a dissonant lead and a thick rhythmic. Howlings quickly join the groovy melting which links Old School tones to this Brutal Death basis, then Visions comes next without dead time. We find those greasy and hooking patterns which will make nod while placing piercing harmonics and effective moshparts, while Descent offers a dissonant and oppressive transition. The band immediately continues with Netherworld, a song that unveils technical parts while staying into this Old School basis. Riffs allow no rest and discharge a greasy and continuous aggressiveness, then Fluxion, a song on which the band welcomes Vishesh Singh (Diabolus Arcanium) on drums, strikes with raw strength. Some Thrash influences can be felt, but the band stays true to Death Metal with hooking and quickly effective riffs, while Cormorant counts on raging leads to garnish its strong rhythmic. Blast permanently feeds its rage, then more complex elements come to set fire to the sound before dissonance creates a contrast which will make Post-Cryogenic spawn, a short and raw song. The fast-paced tempo participates in this wild fury, and to this Old School rhythmic that borrows from Grind while being sometimes more technical, like on this hectic solo, then Replicant offers a very short respite with its introductive sample, then the rhythmic crushes us again. The rhythm part accelerates then welcomes leads while being still aggressive, and the album ends with Orbits of Decay, a composition that perfectly sums the band’s style up, between uncompromising groove, brutality and perfectly mixed sound under a massive rhythmic.

Even if States of Chaos is only the band’s first album, the sound is qualitative. Godless perfectly handles a massive and hooking Death Metal, influenced by both their Old School roots and the Brutal Death scene.