After three years of silence, Phrenelith offers us its second album. 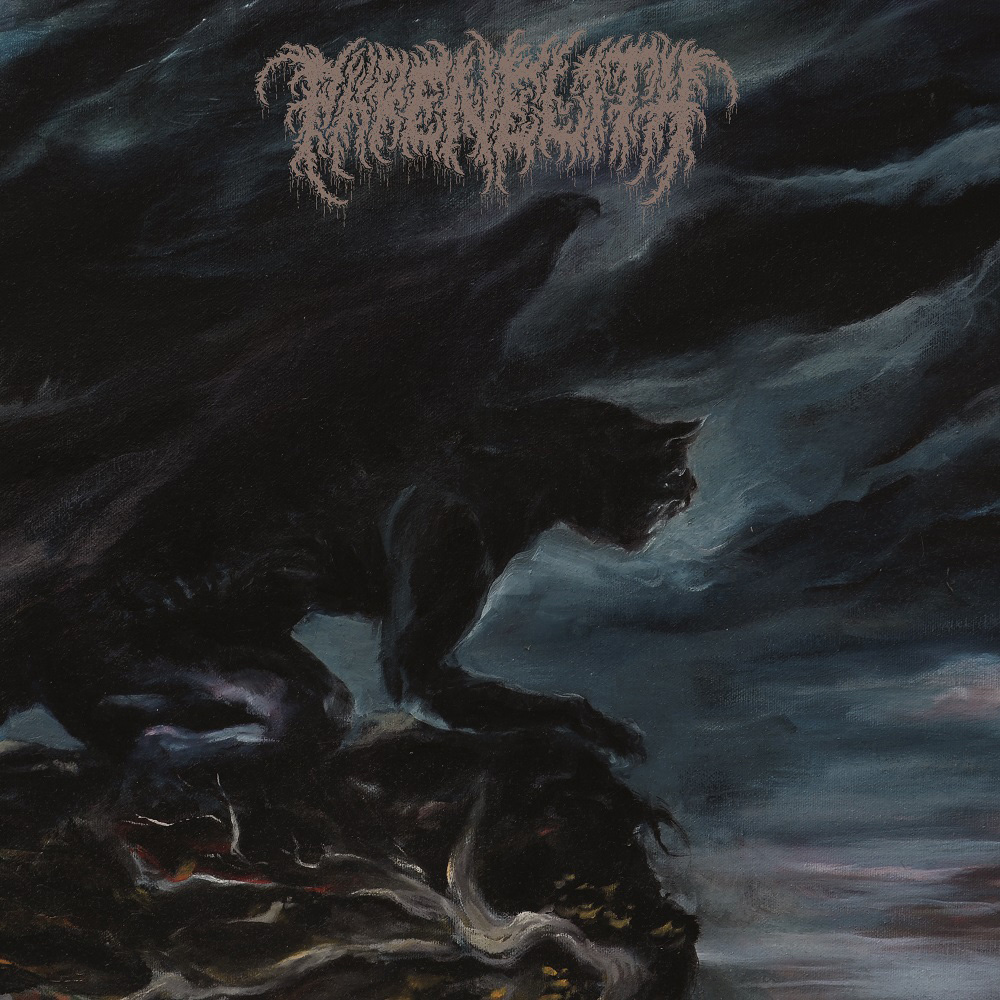 The band attacks with Awakening Titans, a haunting and weighing track that does not hide its blackness into raw and Old School riffs. Vocals quickly join this oppressive and dirty melting, offering an effective and heavy basis while picking into a thick Grind/Death, allowing leads to lacerate us before Chimaerian Offspring – Part I comes. The song uncompromisingly renews its pact with obscure tones and raw effectiveness while letting impressive patterns face titanic vocals, then Phlegeton reveals a worrying blackness into its riffs. Whether the introduction stays on clean tones, the sound obviously offers an aggressive saturation which creates an incisive contrast with its dark quietness inhabited by seizing harmonics, then Gorgonhead crushes us with this powerful blast. Riffs reconnect with those suffocating tones topped by massive howlings while creating an abysmal chasm with complex elements, whereas Kykytos reconnects with an oppressive blackness. The song knows how to crush us under a thick sound, but ??????? (“Chimaira”) keeps a part of mystery with clean and worrying sonorities, then we will be crushed by the strength of Chimaerian Offspring – Part II. With this last song, the band melts raw Old School roots with a suffocating and crushing mix, creating a violent wave of blackness in which we slowly drown, without a chance to get out of it.

After using it as a shelter, Phrenelith used blackness as a weapon in its Death Metal. On Chimaera, the band develops a raw and weighing style that sometimes looks at Grind, Black and above all oppression to build its own strength.