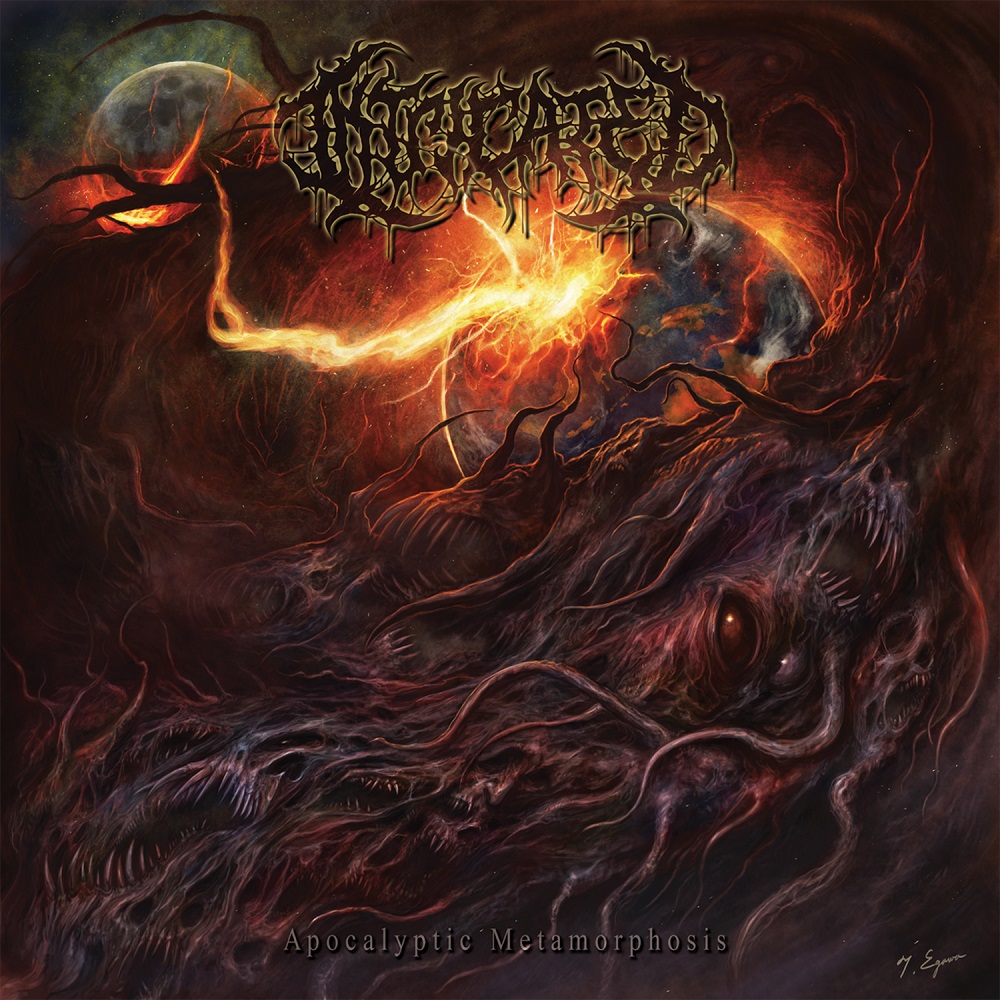 We begin with the worrying sound of The Sixth Invisible Light of the Unobserved Heterogeneity Dimension, which apparently welcomes us during a ritual. Obscurity will quickly be crushed by a massive Brutal Death when Ruthless Domination begins, creating a wave of greasy and uninterrupted violence. Old School influences are obviously here with this raw sound, just like on Impaling the Emperor. The song offers visceral howlings and hooking patterns just like this groovy moshpart or the raging final break, then Summoning the Abyzou lacerates us with dark harmonics. The sound is still thick and effective, while placing an oppressive ambience before An Experimentation of Genocide (Unit 731) and its fast-paced riffs. The band’s goal is the same: crush everything on their path with a massive brutality, and the slow parts only spread chaos before Flagitious Meditation, a new composition with apocalyptic sound. Once again, pure effectiveness prevails, then The Manifest of Apocalyptic Variation comes to offer slightly more technical parts to add to those palm-mutes from Hell. Enigmatic Portal of Demise will act the same way by adding very repetitive elements to break necks or motivate a crowd to fight themselves, then Interdimensional Being… offers us a cosmic dissonance before unleashing the pressure for an instrumental song under the violence in all its forms.The album ends with Iniquitous Creatures, the longest track, which combines all the elements the band spreads since the beginning while offering sometimes martial drums parts before this final fog.

Intricated perfectly masters Old School Brutal Death’s roots, and we can only feel it. Apocalyptic Metamorphosis never pretended to reinvent the genre, but rather to strike with this greasy and weighing sound mass, and it does it right.