Monosphere unravels with a first album.

Created in Germany on the ashes of Lost Without Direction, the band composed of Kevin Ernst (vocals), Max Rossol (guitar), Valentin Noack (guitar), Marlon Palm (bass) and Rodney Fuchs (drums) introduce us to The Puppeteer. 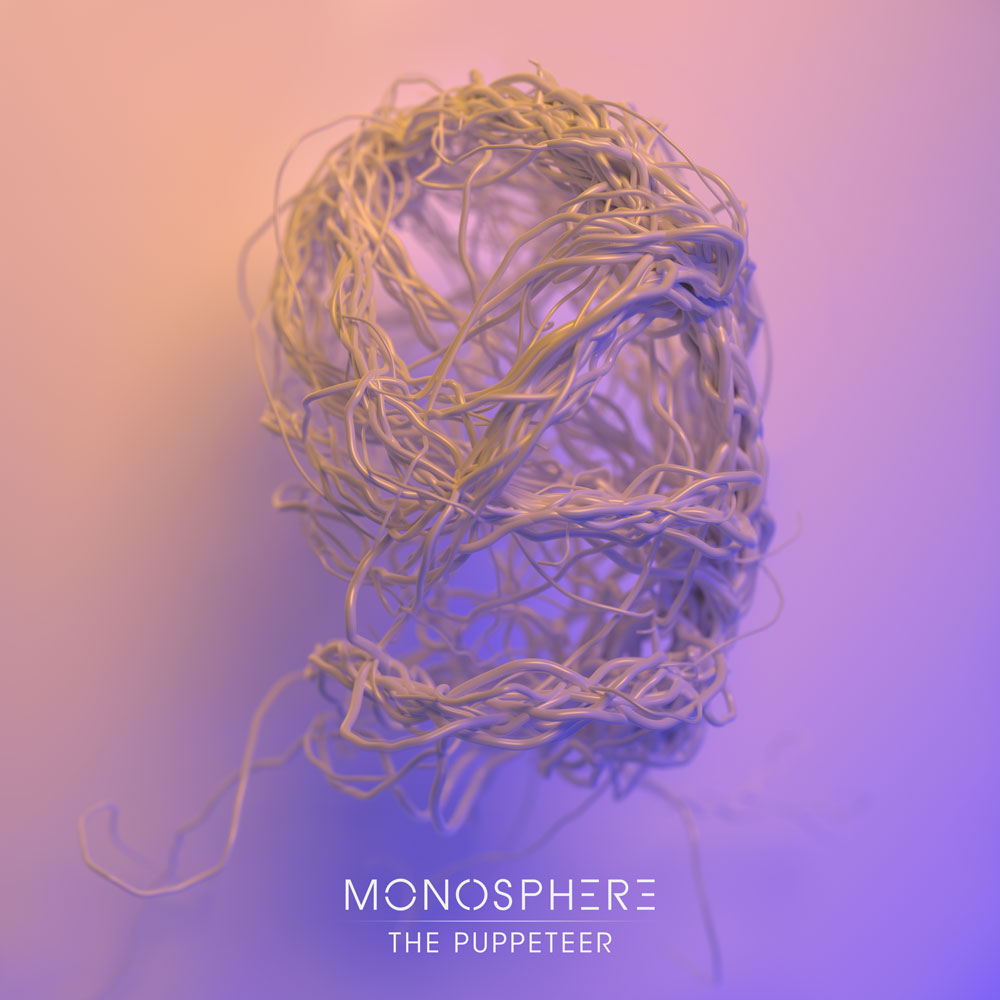 The album begins with Sheer Strings, a soft introduction that progressively brings the weighing universe, and which explodes with The Puppeteer, the eponymous track. Complexity and modernity meet over a melting of Post-Hardcore and Mathcore, creating a perfectly organized chaos which however let place to quieter parts and to clean vocals before violence surface again, just like on The Luminary and its dissonant melodies. The sound becomes very airy while being combined with riffs’ heaviness and howlings, then the band welcomes Nils Wittrock (The Hirsch Effekt) on The Disconnect to feed those abrasive and powerful sonorities. Once again, the contrast with the break’s quietness strengthens the intensity, while The Lover develops melancholy and haunting tones before injecting despair’s pure energy. The song becomes very weighing, and takes advantage of some slowness to crush us before the final part, which makes The Verdict, a very straightforward song, spawn. Enchanting clean vocals set against the avalanche of blast and howlings which come after, before The Marionnette makes quietness reign again over its introduction. Soaring harmonics melt together and play with vocals to create a cocoon of softness, continuing with No Strings Attached. The mysterious interlude stays quite dark, just like I Am To Blame, which becomes more and more weighing before allowing instruments to express themselves. The seizing sound keeps a part of quietness even during saturated parts, but it will eventually fade away.

Musicians call Nils Wittrock back for I Am in Control, Pt.I and its obvious rage, creating a very aggressive aura which borrows to Djent and Post-Metal. Progressive influences are never really far, just like the soaring and dissonant sound, which continues on the quiet I Am in Control, Pt.II, which will explode again on the final, shortly before making the brief I Am in Control, Pt.III spawn, closing the trilogy with clean and appeasing vocals. I Am in Conflict, Pt.I resurfaces rage and jerky riffs with an intense and explosive furor, creating a vortex of fast-paced violence which will be appeased with I Am in Conflict, Pt.II. The heady melody which accompanies a haunting basis and melancholic vocals slowly drives us into the darkness, which will strongly lacerate us on I Am in Conflict, Pt.III, the last track. Fast and complex riffs succeed to themselves to offer an airy softness in the end, which will be one last time crushed by massive howlings, before the final offers a compromise between the two parts of this tortured universe.

With its seizing contrast between raw energy and soaring melodies, Monosphere offers us an excellent first release. The universe of The Puppeteer is as straightforward as complexe, as soft as raw, and the many influences make it rich.