Hadal Maw comes back with a new EP. 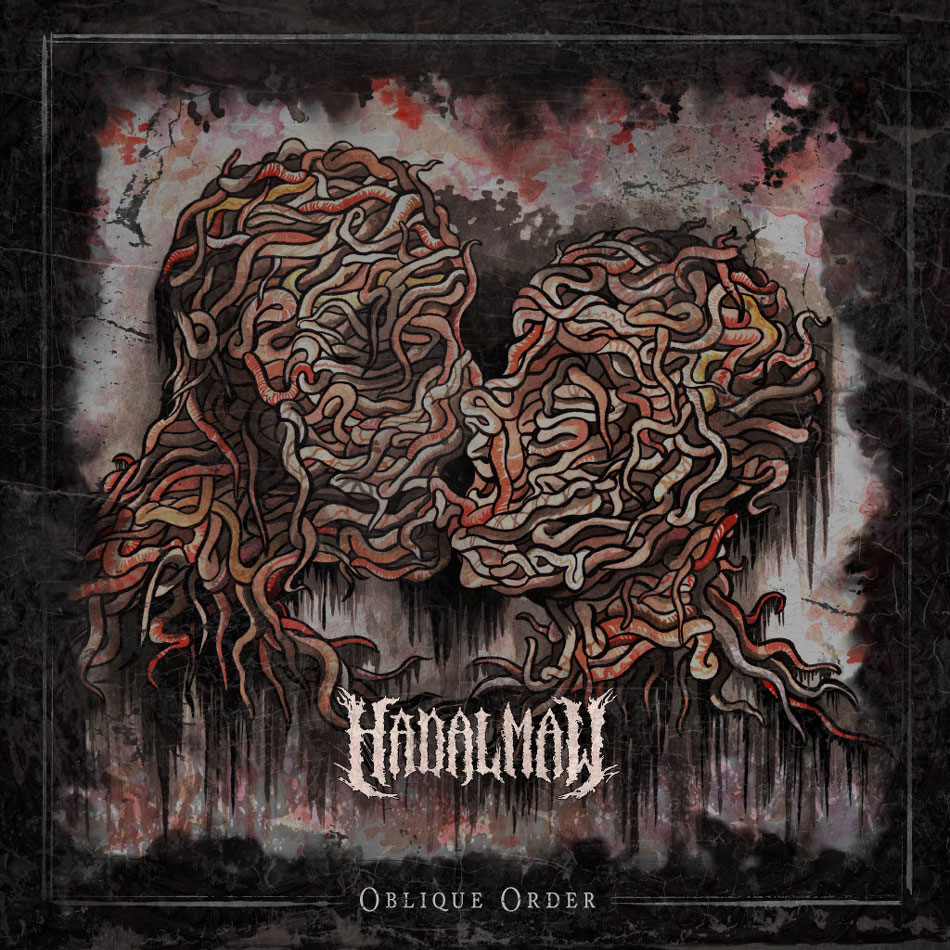 Fetishize Consumption takes the head of this as greasy and weighing as violent orchestra, creating an aggressive atmosphere from the first seconds, which will be continued with the coming of screams and dissonance. Strength and rage will be fed by those chaotic melodies, like Oblique Order and its straightforward and weighing groove. Vocals become really worrying while the haunting rhythmic moves forward until it becomes disturbing, then Black Metal influences are melted to the dark basis before Future Eaters, an oppressive and burdensome composition. Frightening harmonics are grafted to this weighing basis and those terrifying screams, then Vile Veneration brings a dissonant blackness as well as an unfathomable rhythmic with Death Metal shades. We find this violence into riffs for example, while chaotic leads offer a touch of madness to this abrasive atmosphere before the final.