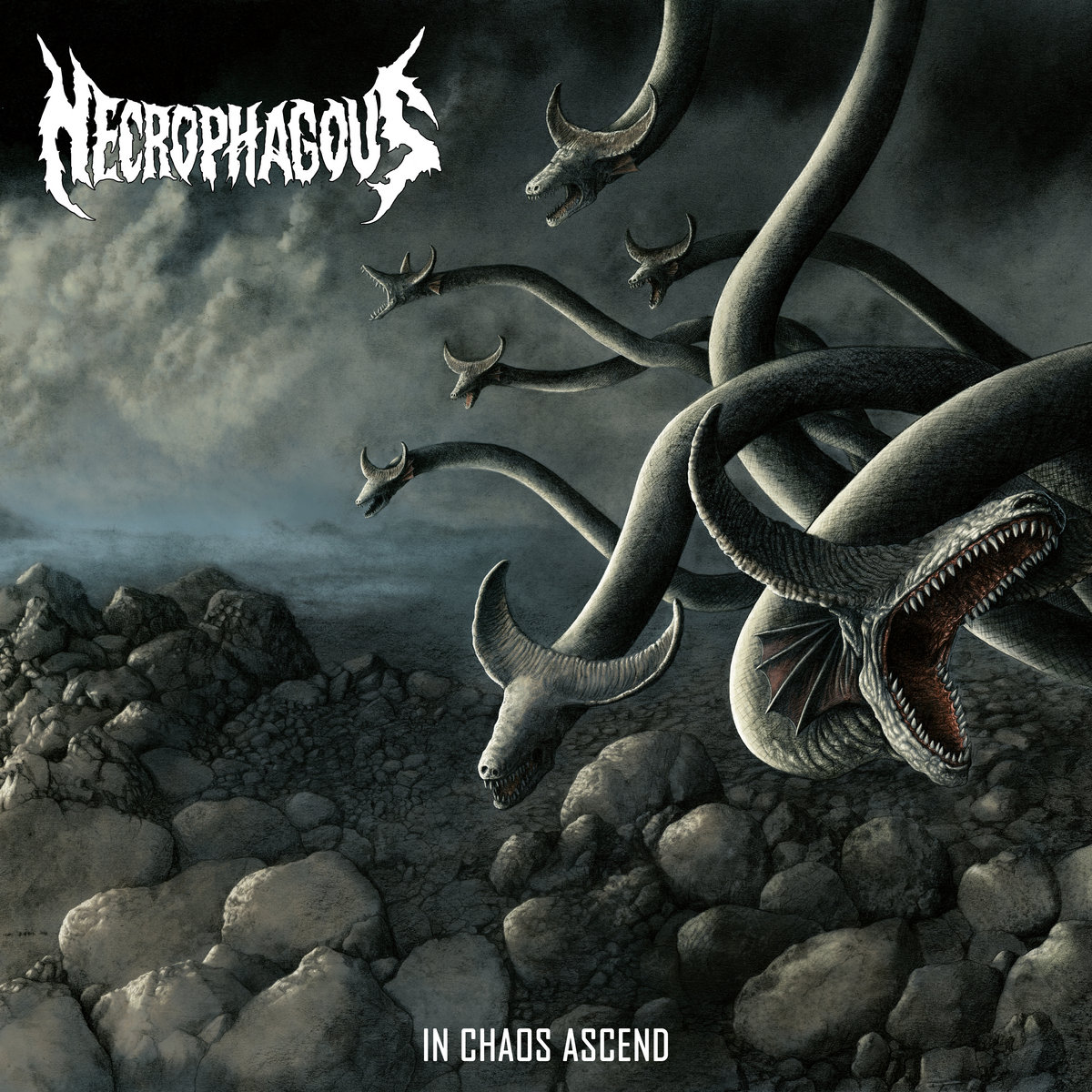 The album begins with The Binding, a worrisome introduction that slowly invokes the beast before allowing it to be unleashed with Order of the Lion and its Old School rage. Effective and fast-paced riffs serve massive howlings as a basis while offering hints of technicality, then the band continues with At Dawn Thee Immolate, an as raw as aggressive track. Leads are more present in this track, creating more complex harmonic parts, while Traitors And The Pendulum turns out to be very heavy and greasy, especially with this powerful bass sound. Raw sound is really effective, and it continues on the groovy In Chaos, Ascend and its hooking riffs. Old School and threatening elements are still present to feed blackness into this thick sound, while leads bring a weighing atmosphere, just like Wolf Mother, which will alternate between pure strength and darker parts. Bright harmonics the band places enhance the song’s violence, like on Blood On The Stone Of Thee Monuments and its unhealthy heaviness. Even if we have once more this Old School sound, the band offers a quite constant approach of their riffs, allowing us to bury us under their Death Metal, while The Vile Embalmed calls for speed again. The aggressive sound coupled to sharp riffs will be effective, then a more majestic part will oppress us, allowing The Plague And The Arts spread a very hooking weaponry to break our neck. We also have more technical accents, but also accessible parts, quickly caught by raw violence, like Horns Of Seven and its unhealthy riffs. Whether the sound seems quite melodic at first, it keeps its abrasive elements until Wreaker Of Pain puts the final point to the album with all the straightforward violence the band can use.

With Necrophagous, you are ensured to be amazed. The greasy and Old School sound developed on In Chaos Ascend shamelessly smells Death Metal, and we immediately understand it by being crushed by its strength.