Infected Rain claims its strength with its fifth album. 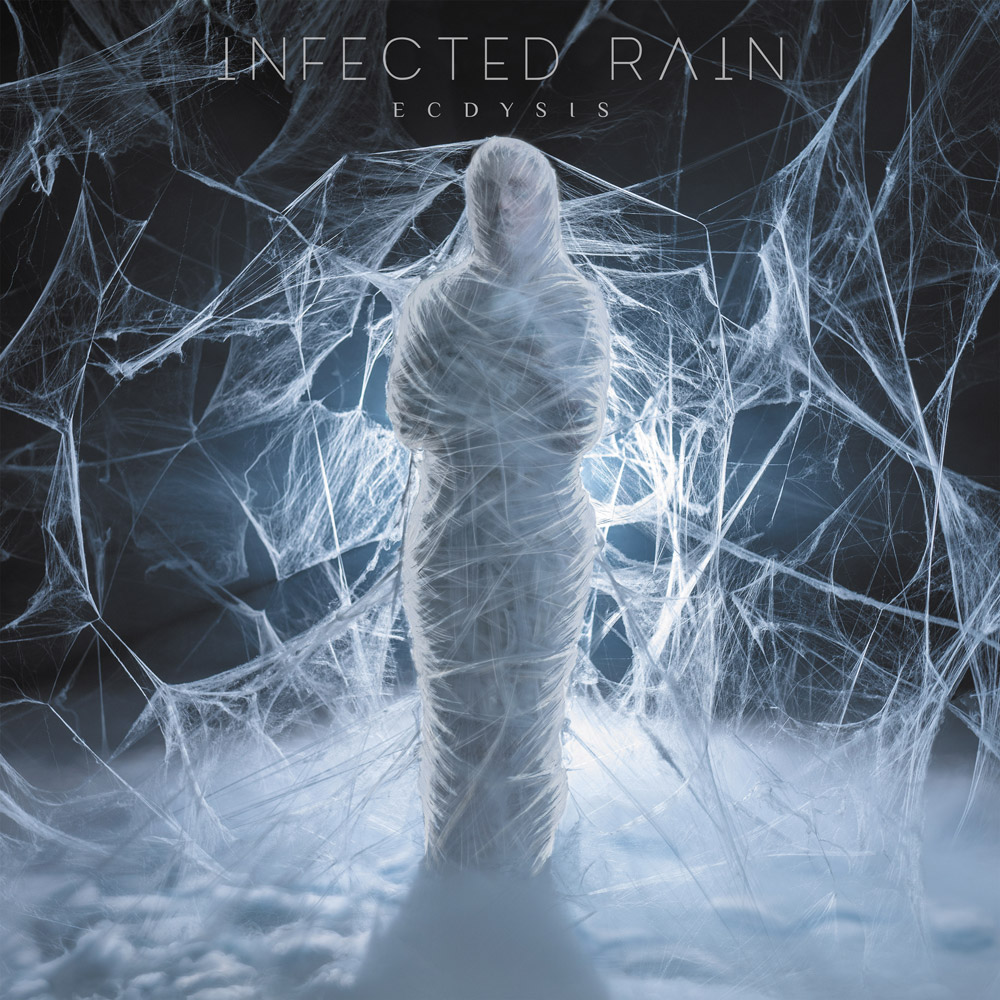 The album begins with Postmortem Pt. 1, a quite modern and worrisome track which quickly calls for the screaming vocalist’s rage, while unveiling quieter and more soaring parts with clean vocals. The massive and haunting groove leads us to Fighter, a weighing and abrasive composition which unveils a dark but still heady quietness, while Longing mainly focuses on massive and hooking violence. The rhythmic will undoubtedly provokes crowds movements and headbangs, just like Goodbye and its heavy melancholy. Rhythmic picks into Prog and Djent elements to enhance its violence while offering more calm and accessible elements, but intensity still lives, while the raw The Realm of Chaos welcomes Heidi Shepherd (Butcher Babies) to accentuate straightforward Nu Metal influences. The two vocalists’ howlings are completed by worrying backing vocals and a dark dissonance, then the band continues with Everlasting Lethargy, a composition with gross riffs completed by very soft parts, creating a contrast with bestial howlings. These Walls turns out to be more melodic without denying violence, then Showers introduce us to the fascinating and melancholic oppression, while linking it to the abrasive violence and palm mutes. Raw tones added to complex parts continue with November and its aggressive coleness, creating frenzied Mathcore influences which will be abandoned raw groove on Never The Same, a song that nearly does not gets appeased. Only clean vocals allow us to breath, while Nine, Ten, offers an ambient softness, creating a true break with the ambient rage, even when howlings appear in the background. The band closes the album with Postmortem Pt.2, a track which comes back to the first sound’s tones while developing the contrast between groove and threatening quietness. Its length allows it to combine slowness and weighing tones to close the album, while creating soaring sonorities.