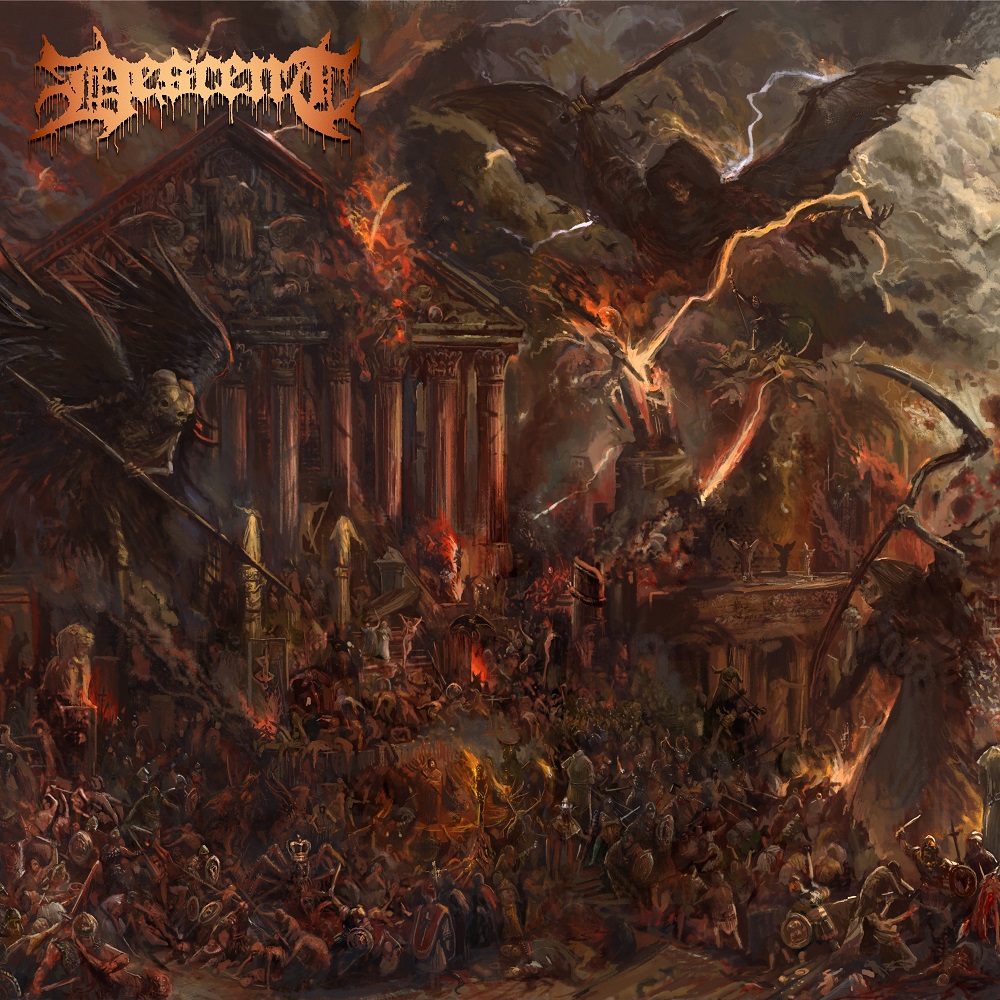 Without a warning, Tempest comes to rage our auditory canals with an abrasive and extremely saturated sound. Weighing influences join the raw rage topped by vivid screams which will not calm down before the end of the song, giving birth to Dragged, a straightforward and effective track. Blast, dissonance and morbid howlings team up to feed the blaze cut by some breaks, then Resolve will take care to place heaviness into its riffs. Some raging and motivating Hardcore influences complete the bloody harmonics, then Gathering accentuates dissonance without forgetting raw violence. The band also offers hoarse leads on the final, while Old School Death Metal influences can be felt Fester. The Swedish roots are highlighted a lot on this greasy and sharp sound, which barely get quieter to slowly make the flame of aggressiveness reborn before making it explode. We continue with Filth and its simple but effective sonorities. Energy spurts slip into this crushing rhythmic with worrying sonorities, then the short Safe offers straightforward sonorities to stimulate moshing without any compromise. The album ends with Despotic, the album longest composition which lets as much place to intense blast moments as to airy and abrasive leads, without forgetting this dirty sound, as well as catchy influences.

Descent only knows violence. Order of Chaos will spread it in all its forms, whether it is straightforward rage, piercing leads, abrasive leads, a weighing heaviness or a hooking groove. Everything is a reason to mosh.