Battle Beast has the starring role with its new album. 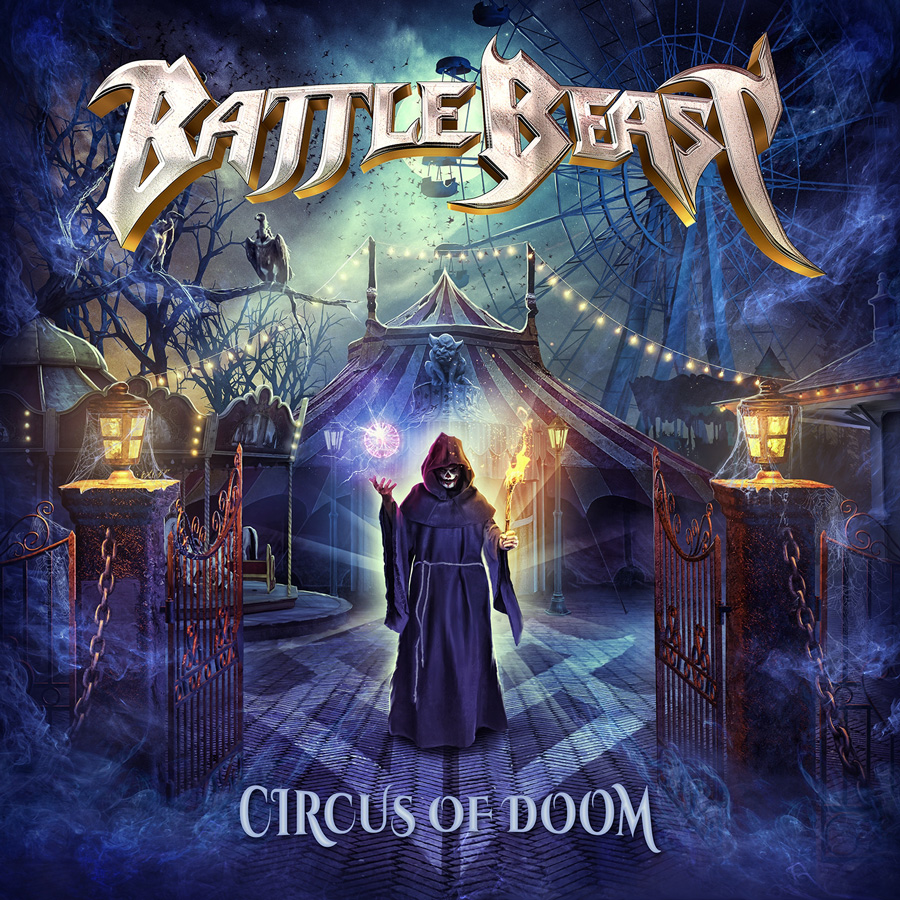 To begin this fifth album under the flag of Nuclear Blast, Circus of Doom, the eponymous track, which makes us sink into this worrying and hooking universe. The vocalist’s powerful vocals supported by choirs drive solid riffs and heady orchestrations to majestic parts, then Wings of Light goes back to epic tones from the 80’s. Keyboards wonderfully coat the catchy rhythmic and the piercing vocal surges, while the band reconnects with a contrasted sound over Master of Illusion. Whether the basis stays quite heavy and dark, some more joyful elements slip into those sonorities which will undoubtedly conquer worldwide crowds’ heart, but Where Angels Fear To Fly gives haunting leads a place to express themselves. Keyboards are not apart, offering a majestic curtain completing the rhythm part, while Eye Of the Storm goes back into softness and heady tones. The song will be the perfect one to catch attention with its Heavy Metal roots, and they will become more epic on the end, then the band offers crazy leads on Russian Roulette. The song is very energetic, and it allows harmonics fly to create extremely hooking parts made for the stage with its Disco influences, then the solid rhythmic of Freedom strikes after a haunting intro. Vocal parts coupled to choirs can create an interesting contrast between jerks and weighing tones, just like on the mystical The Road To Avalon and its soft sonorities. The song is a perfect Power ballad which allows the band to develop simple but effective riffs, as well as leads from both guitars and keyboards. Armageddon get martial tones back to wonderfully link them to the band’s catchy elements as well as powerful vocals, but leads drive us to the last chorus before the majestic Place That We Call Home, the very last track of this album. Unsurprisingly, raw energy guides the song, and the band shrouds it with its unique craftsmanship, merrily drawing from Symphonic ambiences and energetic Power Metal until the very last second.

The name of Battle Beast is more and more present into the international scene, witnessing the recognition they develop. Circus of Doom is undoubtedly the piece of the puzzle they needed to reach the next level, and allow the band to grow while exploring other territories.