Underoath is back to spread its sound weaponry over a ninth album.

Created in 1997 in the United States, the band begins with Metalcore, but quickly evolves to a more contrasted style. Despite a two-years hiatus that ended at the end of 2015, Aaron Gillespie (drums), Christopher Dudley (keyboards), Timothy McTague (guitar), Grant Brandell (bass), James Smith (guitar) and Spencer Chamberlain (vocals) unveil us Voyeurist. 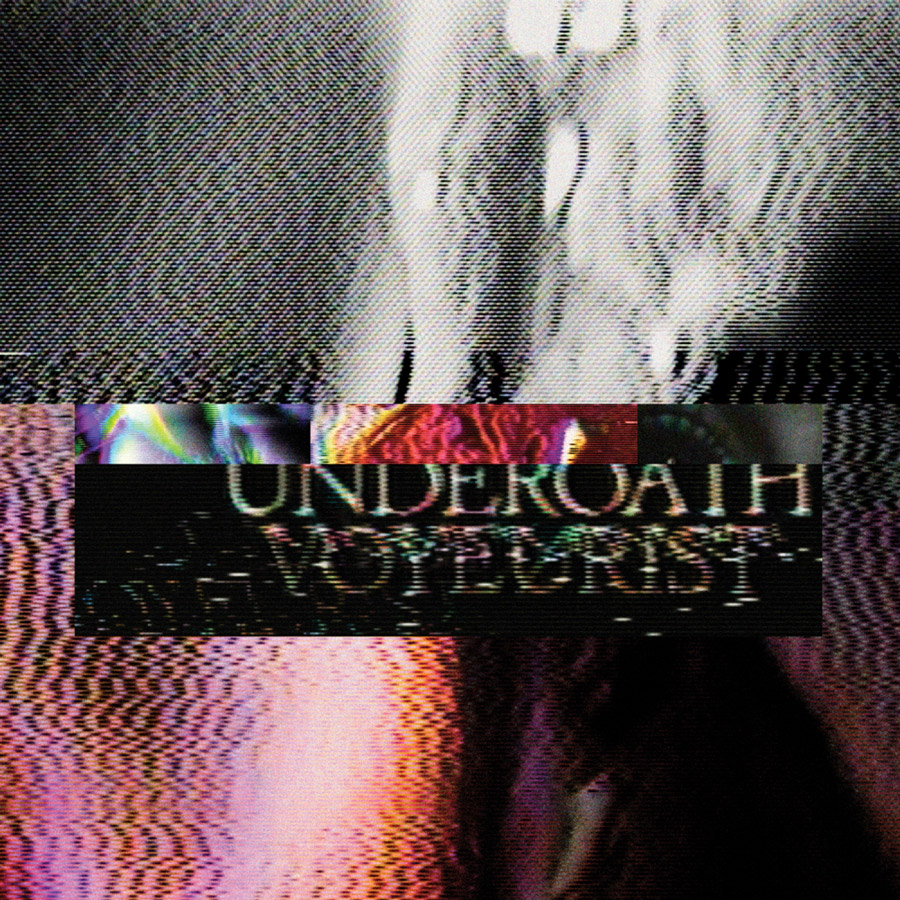 Damn Excuses will drive us by force into this weighing musical melting with as energetic as complex influences, while guiding us with controlled howlings and some backing vocals, then madness ends when Hallelujah comes. Modern elements are inserted into a heady basis which borrows as much from Progressive Metal softness as from straightforward Post-Hardcore roots, and the different voices overlap on a majestic final part, right before I’m Pretty Sure I’m Out Of Luck and Have No Friends comes to offer a moment of quietness with its long introduction. This 911 call allows the different instruments slowly settle their rhythmic, then vocals join before letting visceral rage express itself. The sound is still quite complex and cold, while Cycle becomes more groovy. In addition to aggressive elements, the band called Ghostemane to add a touch of unleashed Trap to the composition, and whether both styles work quite well together, we have the abrasive melancholy with Thorn and its false quietness. The band will make intensity explosions spawn all along the soaring and quite catchy rhythmic thanks to screams and heaviness, then the flame fades away to let place to the worrying (No Oasis), a quite soft but dark song. After this moment of quietness, Take a Breath immediately comes with the band’s mid-catchy mid-aggressive melting which is still effective, alternating screams and clean vocals. Modern effects are also numerous, then the powerful final gives birth to We’re All Gonna Die and its violent madness. The very energetic rhythmic allows the vocalist to place its most violent howlings or bewitching clean vocals mesmerize us before entering rage again. Numb comes, as its name indicates, to appease us a few moments before creating extremely catchy patterns, letting once more the place to a contrast between screams and clean vocals. The album ends with Pnuemonia, the longest track of the album, which will flood us under a weighing and soaring quietness before getting progressively strengthened, spreading Noise influences to eventually drown us under a raw and stunning raw rage.

Underoath’s style is still undescriptible, but also controlled. We feel on Voyeurist that nothing was left to chance, whether it is pure rage, complex parts or appeasing quietness, and the melting of this whole sound flow is as worrying and weighing as catchy.