After an excellent first album, Darkened is back with Mourn the Dying Light, its second EP. 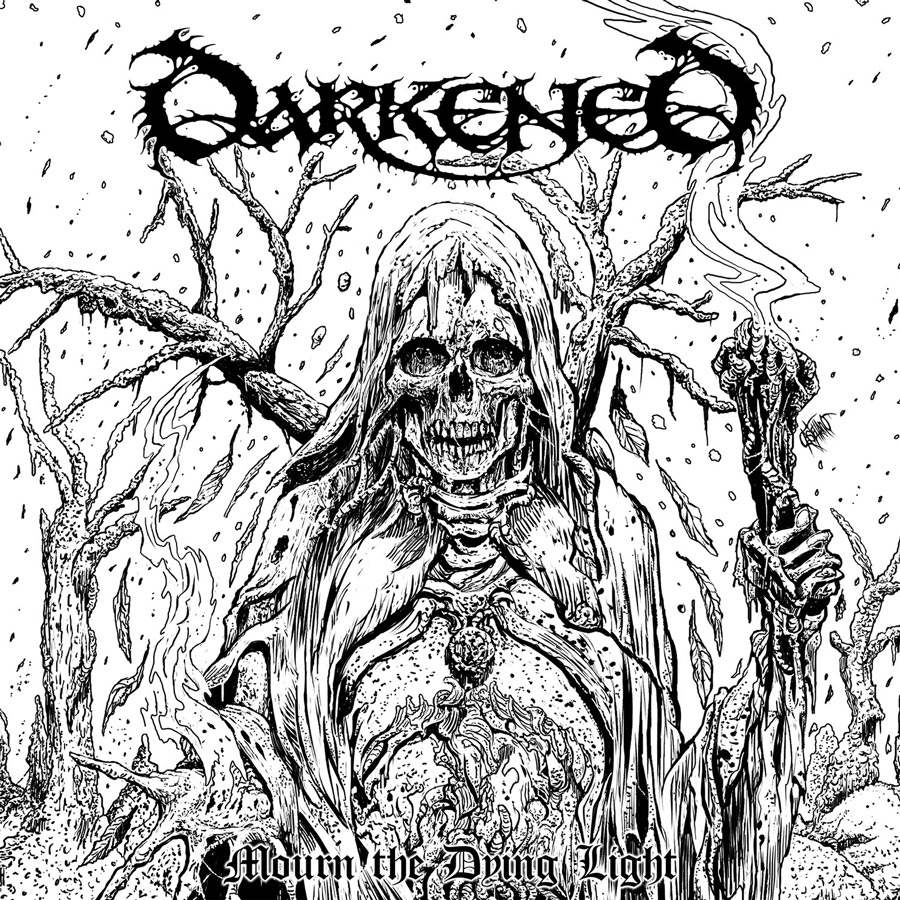 With only two songs, the band will show us how to canalize violence, and Black Winter will not make me lie. The song turns out to be as raw as hooking and melodic. The weighing rhythmic offers a very powerful basis to those massive howlings, as well as ice-cold leads, while somehow unveiling impressive elements, creating a contrast with pure violence. The EP ends with The Slime Runs Down Your Throat and its worrying harmonics haunting the rhythmic, adding this part of anguish to the powerful and perfectly mixed sound. The Old School roots are wonderfully exploited to keep rage while allowing the band to add its straightforward touch and heady elements, creating a nearly mystical ambience.

Whether Darkened’s line-up could make every Death Metal lover dream, the band’s sound can only sweep us away. With Mourn the Dying Light, the band shows us that their music is raw and straightforward, but also that they can play with ice-cold melodies to convince us.