Dawn of Solace confirms its comeback with Flames of Perdition, its third album.

After an excellent second full-length last year, Tuomas Saukkonen (instruments/vocals, Wolfheart, Before the Dawn, ex-Black Sun Aeon) and Mikko Heikkilä (vocals, Kaunis Kuolematon, ex-Sinamore) assume they want to continue the sound which was born in 2005. 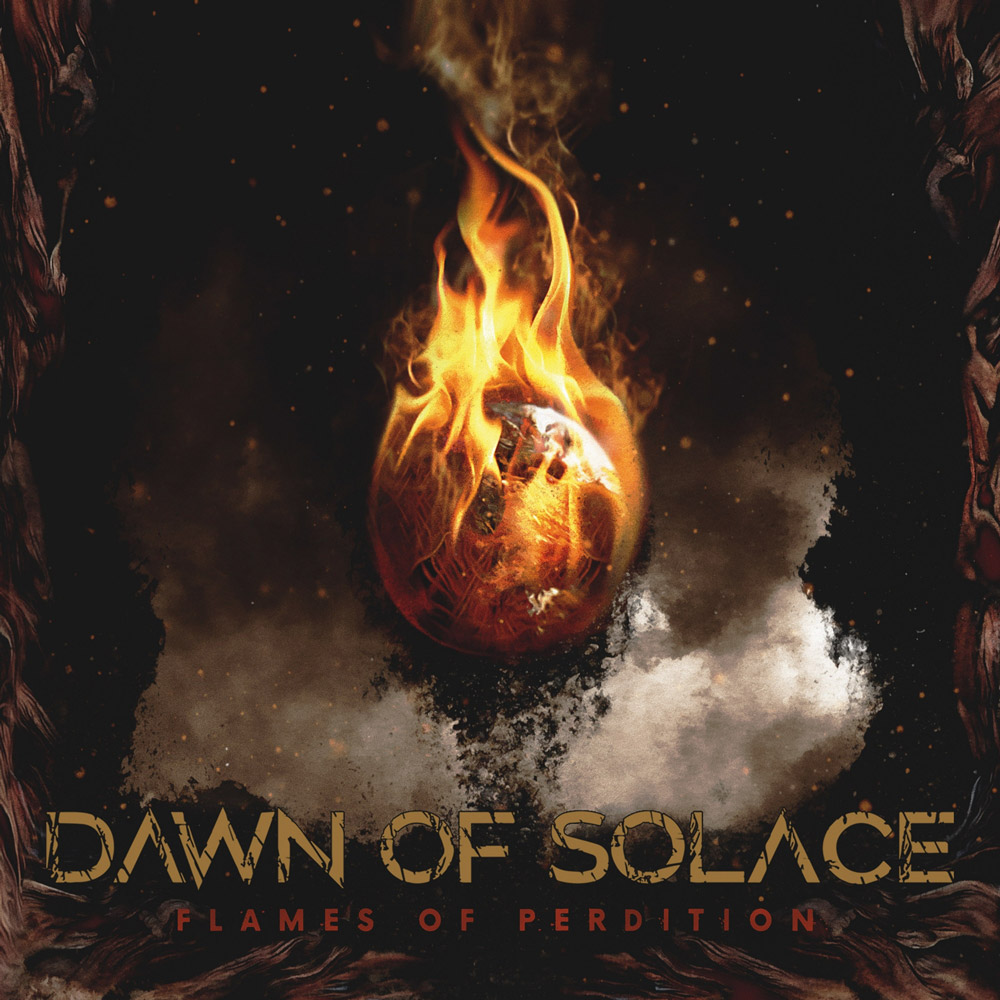 The album begins with the melancholy of White Noise, an extremely soaring and quickly seizing track, inviting vocals as well as heavy riffs to accompany the march. The haunting sound easily traps us, then Erase comes to hypnotize us with its soaring leads, allowing the rhythmic to be as weighing as strong. Quietness slowly reborns over Flames of Perdition, a song with dark but appeasing introduction, then energy suddenly surfaces and sets fire to the rhythmic, provoking some spurts of heaviness that perfectly sticks to the ambient sadness, like the ice-cold harmonics of Dying Light. Clean vocals guide the instrumental and sometimes strengthens the epic final, which makes Event Horizon and its reassuring tones spawn, wearing more aggressive and raw influences. The song also unveils some hints of technicality, then Black Shores comes back on a regular and weighing rhythmic. We quickly feel that riffs only want to be free of those haunting sonorities without really leaving them, and this contrast is addictive. The album continues with Skyline and its percussions, then a dark groove on which vocals and saturation alight before leads join the melting with heady sonorities. The sound eventually let place to majestic piano, then to Serenity, a slow but strange track. Whether leads slowly fly in front of our eyes, we also feel some spurts from the synthetiser in the background, creating an interesting offset.

The band also offers two acoustic bonus tracks from the previous releases before closing the album, and it’s with Lead Wings’ softness and nostalgia that vocals find their place, creating a duo which answers and complete itself, and which continues on Dead Air, a more than fifteen years old song, but which still resounds with a lot of intensity before the great void.

It is obvious that Dawn of Solace was highly-anticipated with this third album, and the band perfectly met the challenge. Flames of Perdition breathes melancholy and sorrow, but musicians are animated by passion and intensity, and this album already sounds like a classic one.