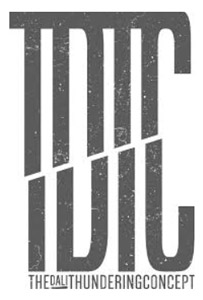 The Dali Thundering Concept unveils us its new identity.

Since 2010, the band composed of Sylvain Connier (vocals), Léo Natale (guitar), Steve Treguier (bass) and Martin Gronnier (drums) offer a melting of Djent and Progressive Metal which takes shape in 2022 with All Mighty Men – Drifting through a Prosthetic Era, its third album. 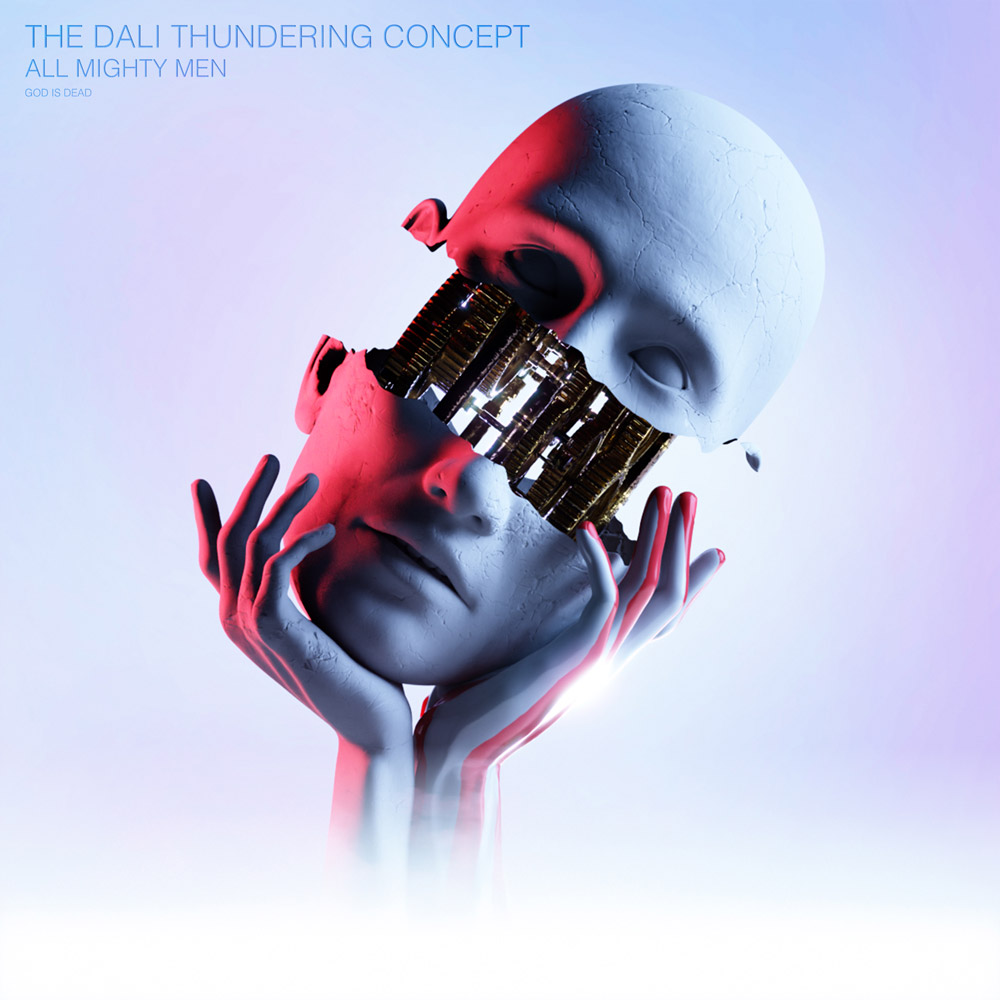 The album begins with God Is Dead, a song which allows a cybernetic voice unveil us the album’s concept before powerful riffs strike while letting majestic orchestrations create an interesting contrast. The hooking groove drives us to Long Live Man, a song that slowly increases its intensity, and offers catchy clean vocals before howlings give rage a voice. Jerky riffs adopt complex and hypnotic tones which feed the frightening and aggressive atmosphere, then the band welcomes Matteo Gelsomino (Sal3m) for Lost In Transaction, a composition which lets quietness talk. It turns out to be extremely hooking and does not hesitate to let some violence hints out, then Styx comes next accompanied by Raphael Weinroth-Browne (Leprous), for a melancholic and worrying interlude on which the guest’s cello is melted to dark piano. The Sea Starts Here starts then and goes back to aggressiveness and creates a place to Ryo Kinishita (Crystal Lake) for loud howlings. The sound literally crushes us during the most chaotic parts, then Trap sonorities guide us to Serenading Silence, where the band gathers Morgan Berthet (Kadinja, Myrath) and Jake Howsam Lowe (Plini) to offer an as complex as soaring instrumental break. Guitar, bass and drums make our mind travel between their heady harmonics which accelerate before giving way to As The Sirens Call, a composition which melts devastating and lumbering groove with weighing sonorities. Frightening sonorities in the background only strengthen the worrying ambience just like Alone, which imperceptibly wraps us into this mysterious veil before allowing Aaron Matts (ten56, ex-Betraying the Martyrs) walk with the band on Enter the Limbo. Heaviness and effectiveness fuel those apocalyptic riffs which will probably announce the biggest crowd movements during live shows, then clean vocals conducts us to Candid Monster, the last song, on which Clément Richard (Ashen) joins the band for a last part of mystery and intensity. The progression to the peak eventually unveils us a saving explosion, then quietness provides us elements to close the album.

With their polished concept and their complex intensity, The Dali Thundering Concept captivates us. All Mighty Men – Drifting through a Prosthetic Era can unveil a super powerful rhythmic, lulling quietness or a dark oppression, which makes it an as rich as surprising album, accompanied by new elements, like a video game.