Nothing stops Amorphis which releases its fifteenth album. 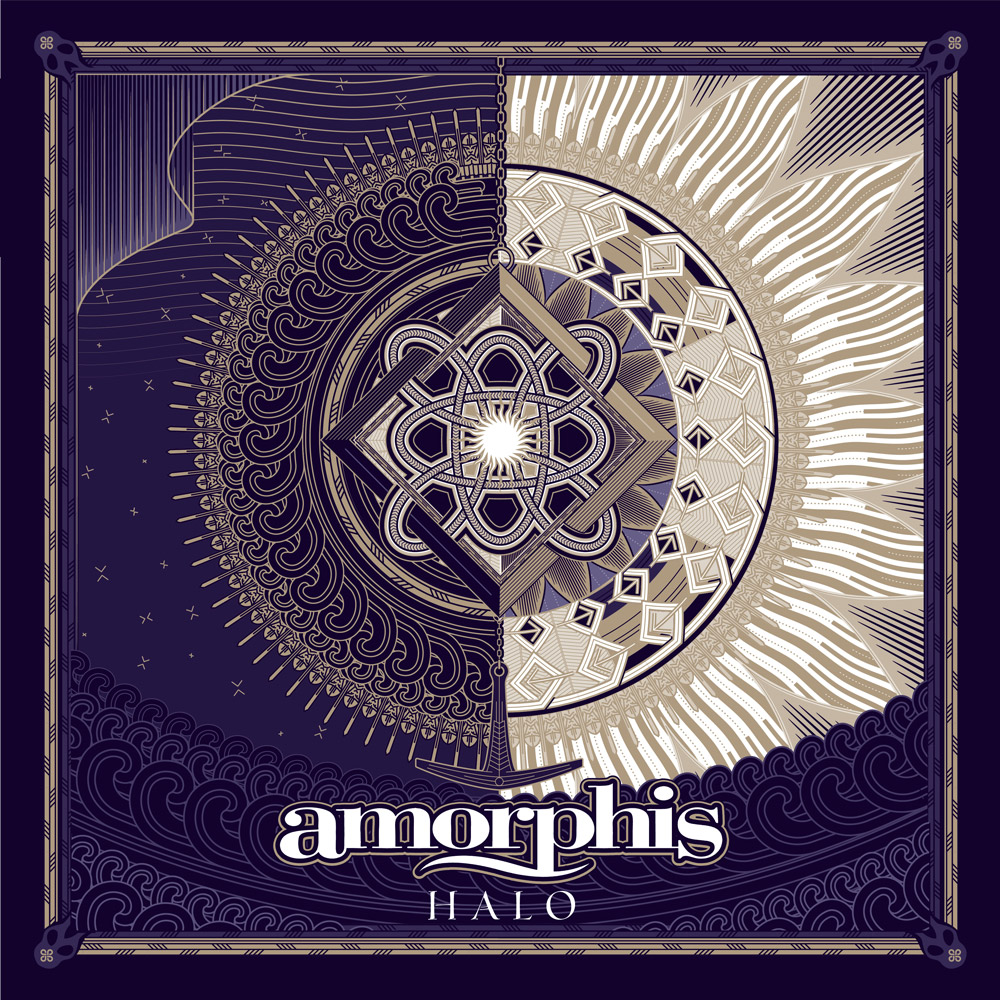 The dark Northwards is the first to begin, and to develop this majestic and enchanting melting, populated by leads which immediately stick to our mind before vocals come to claim its place again. Howlings and clean vocals answer to themselves, feeding the catchy contrast which will slow the rhythmic down to let place to mystical choirs before On The Dark Waters, a colder track. Intensity is immediately seizing, allowing musicians spread hypnotic melodies between screams or more mysterious ambiences before the final, but the flame will not be turned off for a long time because The Moon quickly comes over with a very groovy rhythmic duo. Harmonics fly while feeding the contrast between the two parts, which are united by main vocals and female backing vocals, then Windmane floods us with weighing and haunting tones. Aggressiveness comes from fastness, but also from the riffs’ complexity, while A New Land offers quite energetic elements, supported by dark vocals and intriguing choirs. The solid rhythmic allows the band to make harmonics soar, but also to place a break before When The Gods Came make blackness spawn again through a majestic and complex landscape. Riffs are quickly catchy, and it will be the same for Seven Roads Come Together and its epic sonorities, letting guitars offer really heady patterns. Orchestrations are slowly strengthened, then War unveils again coldness, melancholy, but also tragic tones into the voice. The band continues with Halo, the eponymous track, a very soft and accessible composition which will also make some female backing vocals accompany the singer’s words, offering a very intense performance before The Wolf makes Old School tones surface again. Raw Death Metal is submerged by more recent influences, then My Name Is Night closes the album with the quietness of female vocals which will accompany the last vocal parts over the most appeasing and reassuring vocal parts.

Amorphis still handles intensity and melancholy with a rare melancholy. Halo wonderfully closes their triptych they began in 2015, which makes them explore epic horizons, dark landscapes, but also an ingenious contrast between strength and softness.