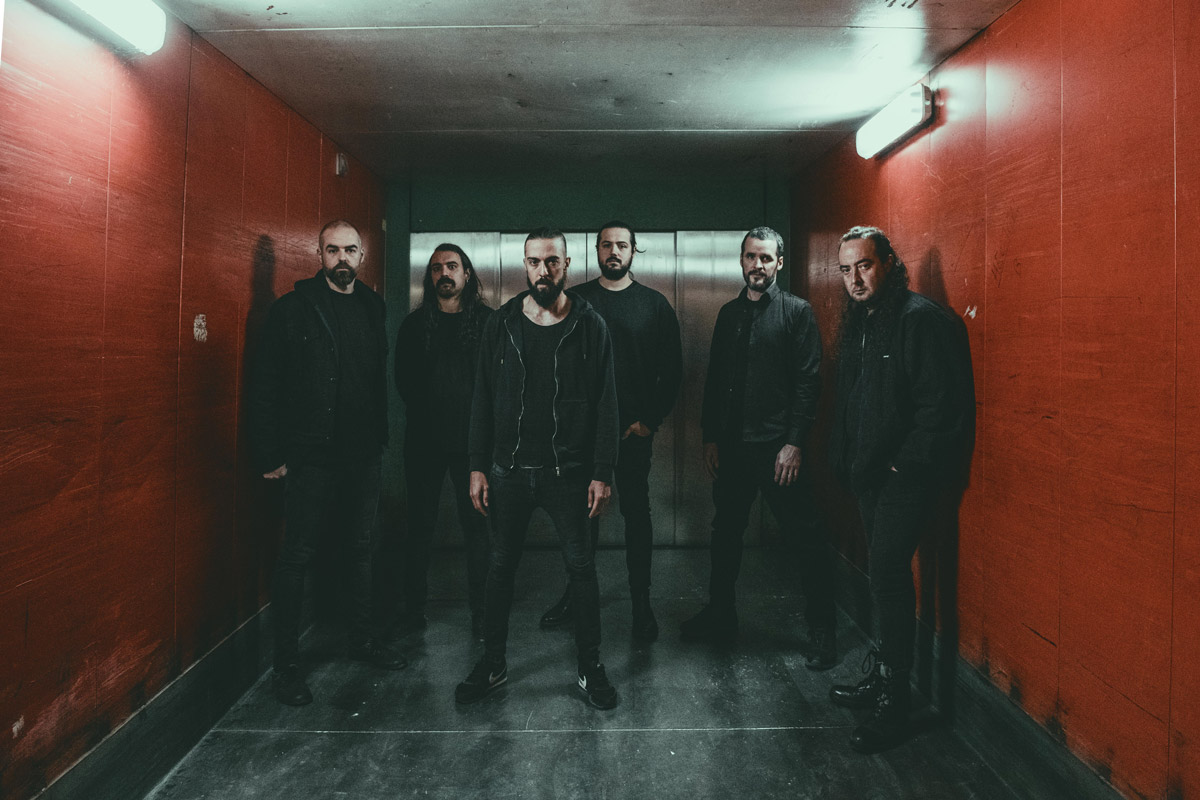 Hello and first of all, thank you very much for your time! Could you please introduce yourself and the band Persefone without using the usual “Metal” labels?
Sergi “Bobby” Verdeguer (drums): Hey what’s up! This is Bobby, drummer of Persefone, a band that makes honest music with a positive message haha.

Where does the band’s name come from, and how does it fit to the music you play?
Bobby: It’s really hard to pick a name for your band, and when you do it, it’s impossible to do a flash forward and see yourself in 20 years. So, the band has been running for 20 years now and the name was just something we liked and heard, and after doing some research everybody agrees to keep it. I don’t think the name has any kind of influence on the music we make nowadays but it was a huge inspiration to make our second album, Core, which tells the story of Persefone, but not anymore.

Metanoia, your sixth album, is about to be released, how would you sum it up with three words?
Bobby: Journey, cinematic, darker

How does the composition process happen? Was it different from your previous releases?
Bobby: Usually Carlos (Carlos Lozano Quintanilla « Rüdiger », guitarist, ed.) brings a riff or a basic idea, sometimes even other bands references. Then we start from there and we build the song. It’s a very complicated process and super exhausting to be honest. We want to improve every time and bring the best ideas to the table.
I think the difference with our previous albums is that we paid even more attention to all the notes and sounds, like a lot! We improved a lot the recording process too, for Aathma we recorded in our rehearsal place, like with good mics but the place is super small and without any acoustic treatment. For Metanoia we recorded drums in a music hall, so, yes, big difference!

On this album, you also have guest musicians, Steffen Kummerer and Angel Vivaldi on guitars as well as Einar Solberg and Merethe Soltvedt on vocals. How did you reach them? How was it to work with them?
Bobby: Working with them was just perfect honestly. All of them are already good friends with the band and we know each other personally so it was really easy to reach them. Since Aathma we like to collaborate with other professional musicians, as we did with Paul Masvidal. For this one we knew we want them, and even talk about it with some of them before even starting writing the album. Each of them are so so good in what they do that the collab was just perfect.

How do you manage to build your universe between Melodic and Progressive Death Metal? What are your influences, whether it is about music or vocals?
Bobby: I guess this limbo universe between styles is our trademark. We don’t belong to any scene you know? There’s no metal scene or bands to look up and learn from here in Andorra and I think that’s why we built our own style. About the influences, we had a lot, but probably when we created the band and not that much anymore. All the Swedish Death Mmetal from the 90s and early 2000, all the US scene like Death or Cynic, Dream Theater, Symphony X, a lot of BSO soundtracks… I mean, that’s what the band listened back then but I don’t think we are in that niche anymore… Nowadays we listen to a lot of different music, we love production, movies, and I think that influences us way more now. 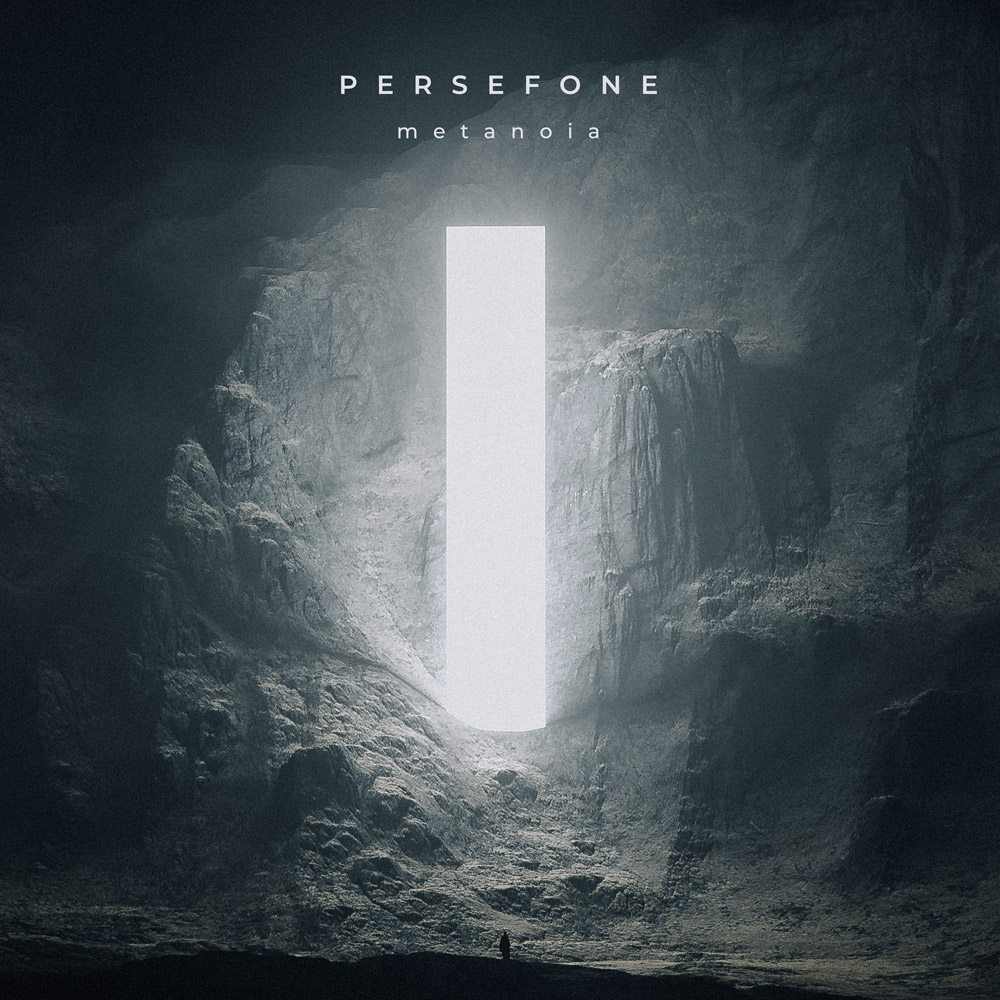 I noticed the instrumental song Consciousness Pt3 has the same name as two songs from the album Spiritual Migration. What is the concept of this song?
Bobby: The song is the continuation of the previous ones yes. We wanted to do the part 3 and add all the new tricks we’ve learned through the years haha. It’s been almost 9 years since we released Spiritual Migration and we know there’s a lot of people that love those tracks and so, we wanted to continue the series. We paid attention to continue them, using the same notes and even some easter eggs from the album Spiritual Migration. We decided to record this third part cause it makes all the sense with the concept of the new album and its order place in it ?

To end the album, you created a three parts-song called Anabasis, what is its story?
Bobby: So Katabasis and Anabasis are the two songs that starts and ends the album and they are opposites but they could not work without each other. Our new album Metanoia is a concept album, it’s an invitation to make a journey to your very deep essence and know yourself, your mind, your pure structure and then change what’s wrong there. For us this kind of change goes with a painful process, it’s a metamorphosis, it’s reaping off all that you knew and was comfortable. The Katabasis represents the descent to this place, this dark cave of thoughts and the Anabasis the ascent, once the change is made. When you listen to Anabasis part one you’ll listen to the same lyrics as in Katabasis “Let me dance amid the flames”, but here the change is already made.

Since 2020, Covid-19 crisis fucked a lot of things up, how did you face the situation as a band? Did the crisis have any impact on the album itself?
Bobby: Since we’re not a professional band with crew in payouts and companies behind, the pandemic hit us like most of the people with regular jobs. We stopped writing the album for 3 months or so, but that’s it. Half of the members caught the virus but all good. Then we had a tour with Obscura in November 2021 but it got postponed to September 2022, so all good for now. At some point we even wanted to postpone the release of our record but it didn’t make any sense just to keep the album for us and wait for the pandemic, so, we’ll see how the pandemic evolves and if the normal situation leads us to tour again.

Do you already have plans for the band’s future after the release of the album?
Bobby: Besides of the tour I was telling you we are preparing a tour in the US and also a headline tour for 2023. It’s a long shot since we don’t know when this will be over, but yeah, that are our plans!

What do you love about your music that you cannot find in other band’s music?
Bobby: There’s a lot of honesty when we write, in every song, and I think a lot of bands just write music to tour or being on charts. I think our music has the ability to move people, like create some feelings when listening to it. We have received a lot of messages from fans telling us that our albums are a big part of their life and that the music and the message helps them, that’s unbelievable man.

Do you think you still improve yourselves as musicians?
Bobby: Yes, without any doubt, not on a technical side maybe or speed, but in songwriting, choosing the best notes, structuring the songs, etc. Some of us are music teachers and we like to be updated and learn every day, so 100% yes. We are super perfectionists.

The band has been active since 2001, did you see any evolution of the Metal scene? What is the situation of Metal music in Andorra?
Bobby: For the first time we have this feeling of belonging to an international scene, like in a very small scale, but it’s something, right? haha. We’ve toured several times, we know some bands and have good friends in the music industry, which is completely new for us. In Andorra there’s no metal scene at all, so we can’t relate to any other band here. There are no venues or crowds, just some metal heads, but really really small honestly.

What is your best and your worst experience as a musician ever?
Bobby: Best experience is still being a band after 20 years, right? Also playing in Japan or Mexico, 70000 Tons of Metal was amazing too. Worst is letting Toni, our bass player in Andorra, just when we were leaving the country for the US tour. He got a massive panic attack, but I thought it was a heart attack, he had all the symptoms. I stopped the car, called the ambulance and we had to leave him there, called his wife, etc. It was that or cancel our first US and Canada tour, Prog Power US, etc. We thought he would join us again a few days later but he wasn’t ok and so we did the whole tour without him. We lost the first flight but we were able to catch another one, it was really frantic and chaotic honestly.

Maybe you already heard about the French Metal scene? Which French bands do you know?
Bobby: Sure, France is just next to Andorra, border to border. We’ve been to many shows in Toulouse, I even lived there for 3 years so I know some bands! I love the French Hardcore / Screamo scene, a lot!! It’s my favorite without a doubt! haha.
Man I don’t know, a list of bands, first Daïtro my favorite ones, then Sed Non Satiata, Baton Rouge, Mihai Edrisch, Belle Epoque, Amanda Woodward, Aussitôt Mort, Plebeian Grandstand, Celeste, Daria… Then My Own Private Alaska, I loved them, Agora Fidelio, Psykup, Manimal, Alcest, Hypno5e, Gojira, Dagoba, Igorrr, Year of No Light, Gorod, Uneven Structure, Klone and to finish it up, Ultra Vomit hahaha.
I went to a lot of gigs back then, I always thought that the French scene was amazing with really really good sound and light engineers! And very good venues! I love the French scene man!!

What if I ask you to compare Persefone’s music with a dish? Which one and why?
Bobby: Wow!! I love this question but it’s so hard to answer! It’s a buffet! Hahaha

Last question: which bands would you love to tour with? I let you create a tour with three bands and Persefone as opener!
Bobby: Persefone, Gojira, Metallica.

That was the last question for me, so thank you very much for your time and your music, last words are yours!
Bobby: Thank you so so much for the interview! Hope you guys will enjoy the new album and our music! We have a Patreon page running and a really lovely Discord community for them. If you like what we do and want to support us, here’s the Patreon link!
https://www.patreon.com/persefoneband