Shape Of Despair gets out of the shadows with its fifth album. 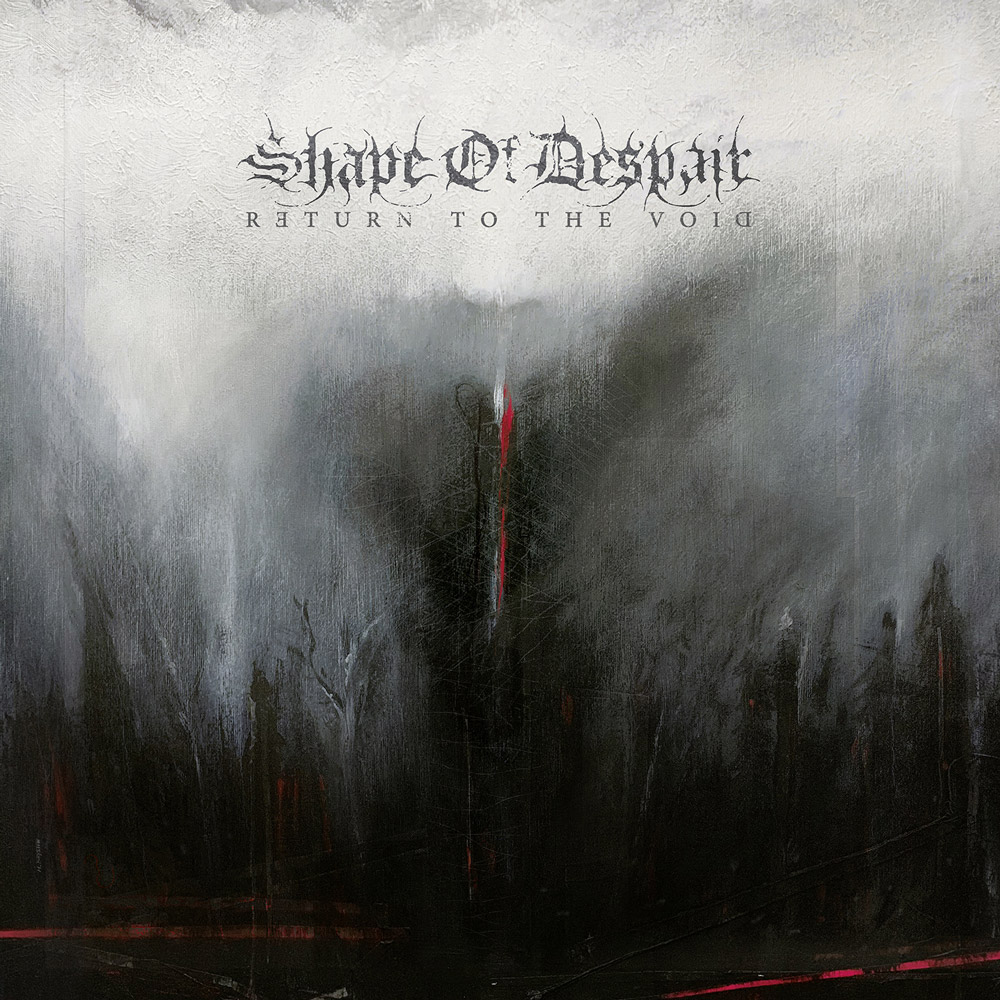 With Return to the Void, the first track, the band immediately unveils its slow and majestic fascinating melancholy. Airy leads melt to the haunting sound fog, which eventually welcomes worrying and weighing cavernous howlings, joined by incredibly appeasing clean vocals. The blending peacefully progresses into this heady atmosphere, wearing dissonance before Dissolution comes over. The recipe is the same, and the hypnotic blackness continues its path into sorrow and grief in company of the vocalist duo, each one contributing to the impressive output. Some leads open us the way to Solitary Downfall, a composition which places very soft melodies into this dark veil decorated by ghostly clean vocals. The rhythmic temporarily ends before spawning back more intensively, welcoming howlings to complete the desolated landscape which lets place to the mystical Reflection In Slow Time. The progressing is tardy, making us slowly enter into this ice-cold and thick bath, which also unveils majestic tones with keyboards, while Forfeit offers more raw and dark elements. The contrast with soaring female vocals will be strengthened by intense visceral screams, then The Inner Desolation already closes the album. Whether the beginning of the song is quite similar to what we already know from the band, the sound almost fully stops to let keyboards drive us to its slow and worrying rebirth. Vocalists join this majestic sound, which ends with a soft and heady outro.

With Shape Of Despair, you’re ensured to attend to a haunting progression into pain and sorrow. While the band was quite silent, Return to the Void confirms this highly expected comeback from the masters of despair.