Vanir comes back to the battleground with its sixth album. 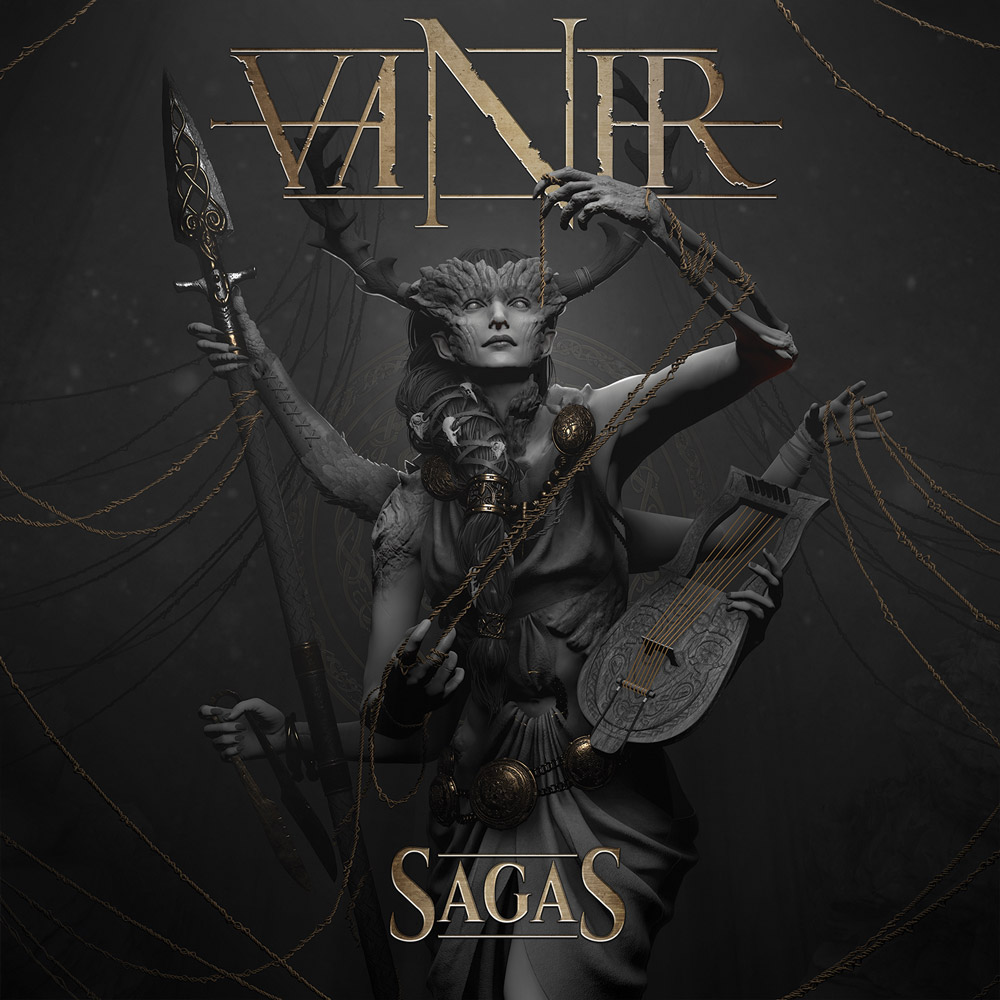 The band attacks with Day of Reckoning, a hooking track which quickly unveils epic tones from this melting between raging Melodic Death and aggressive Folk Metal. Burning harmonics are melted to the effective rhythmic and vivid screams, creating this as motivating as solid basis which lets the band develop its universe before Black Clad comes to darken the deady sound. Patterns are mainly turned to raw sonorities to create a contrast with haunting melodies and backing vocals, then See the Dragons Ride offers extremely hooking riffs. The band’s roots are easily recognizable, and they confirm with vocal parts we already want to sing with the fist in the air, then the band picks into Old School elements with Dodsfærd. More melancholic, the composition stays very effective and heady, just like Eindridi and its straightforward and vindictive riffs. The song is as powerful and fast, creating a wave of rage which will calm down with the break before resurfacing and leaving place to Sessru?mnir and its incisive harmonics. Very hooking, this composition is shaped for the stage and will spawn a lot of crowd movements before The Bounty of Flesh and Bone does not abandon cheerful tones to unveil some blackness. Solid riffs are coupled to melodic and melancholic leads before Æresstrid unveils coldness the musicians couple to powerful and hooking tones. Backing vocals give the track a majestic aspect, which lets place to Battle of Middle-Earth, a more technical and complex composition, which still allows raw effectiveness to express itself. Harmonics fight greasy vocal parts, while Andvari’s Curse offer a very shows break over its introduction. The rest of the song will be shaped into heavy influences coupled to an effective regularity, while Gods of War offers heady and sharp tones which will be quickly joined by majestic elements. The song is short, and it drives us to Visdomsmjoden, the last composition, which allows haunting leads to walk with the warlike rhythmic until the final.

Armed with its raw and hooking roots, Vanir offers a very solid and seizing album. Sagas draws from the most powerful, heady and interesting influences of the band’s universe, which created an epic sound which will undoubtedly please.