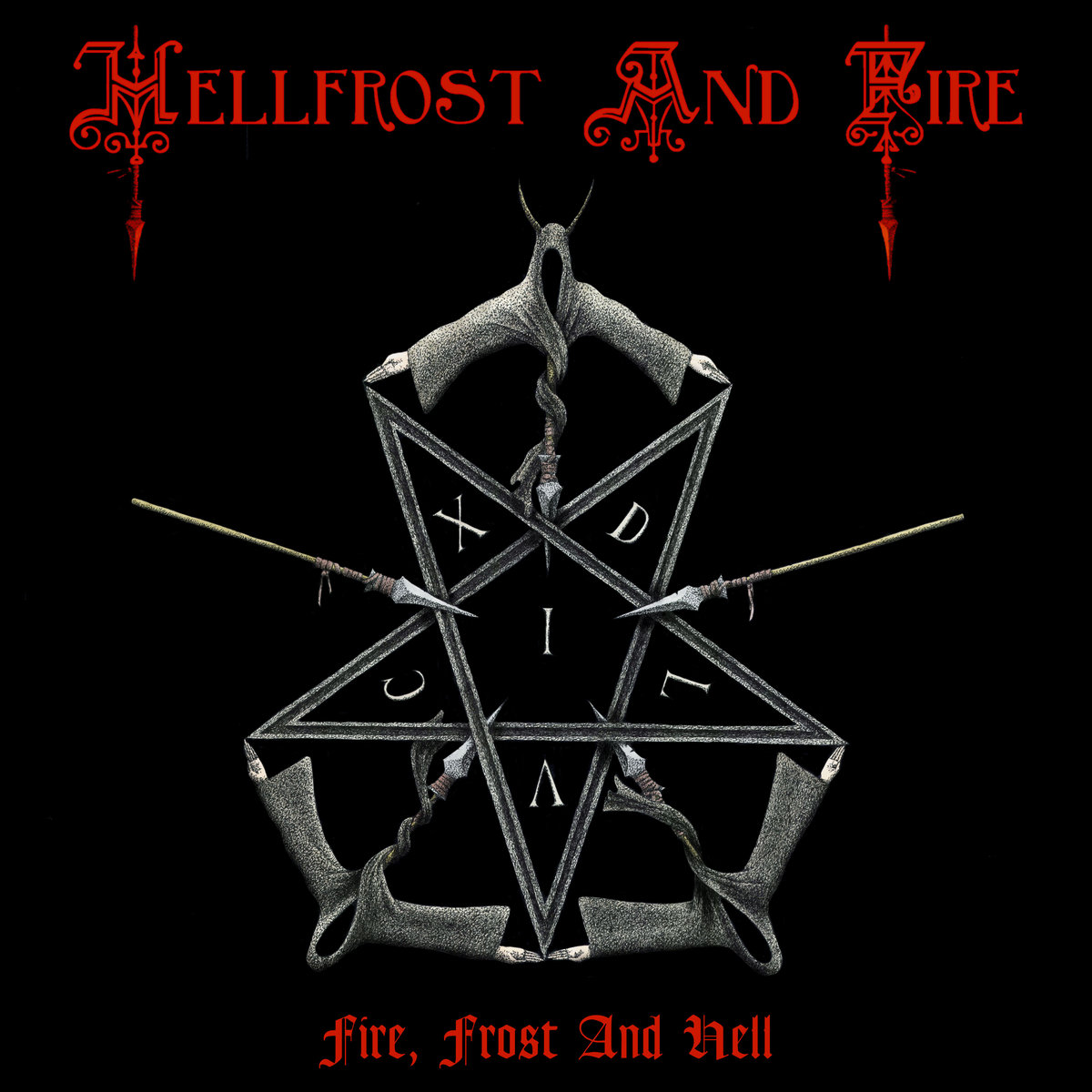 Legion Of Hellfrost And Fire offers us an ice-cold, raw and very effective since the first moment, melting all the members’ roots to create a wall of weighing and aggressive sound which continues with Black Secrets In The Splintering Walls, a very Old School track. Riffs are made of pure effectiveness, that the band couples to a hooking tempo, just like on the warlike Across The Bridge Of Tyrants, which will be completed by energetic leads. The song focuses on hooking patterns, which come to life over Old School harmonics, then Meridian’s Acquisition unveils heady melodies to complete this raw mix. The band displays effective riffs, just like on the occult The Lost King And The Heir Apparent, which also offers mad and melancholic leads. The sound is sometimes more raw, like on A Crown Of Conquest, a weighing but straightforward song, which unveils some hooking fastness while unveiling weighing leads. The song turns out to be quite suffocating, just like on Debris Wrought From Winter which melts those heavy influences with aggressive patterns. Dissonant elements appear into this effective rhythmic which drives us to Sonance of the Swords, an aggressive and vivid song. The track’s sonorities are melted to Viking Metal-oriented leads, then Throne Of Infinite Illusion reconnects with Death Metal raw tones. Riffs drive us to effective rhythmics, named Within And Without The Emperor’s Frontier, which places suffocating sonorities but also tearing leads to close the album.

Hellfrost and Fire isn’t an usual project. With Old School sonorities, named Fire, Frost And Hell, the band works to offer an uncompromising Death Metal packed into a raw and effective album.