Yarotz expresses its violence through music.

Created in 2018 under the name of The Third Eye by Fabien Zwernemann (guitar, Junon), Vincent Perdicaro (bass, Junon, One Way Mirror) and Enzo Laidi (drums), the band releases Erinyes, its first album. 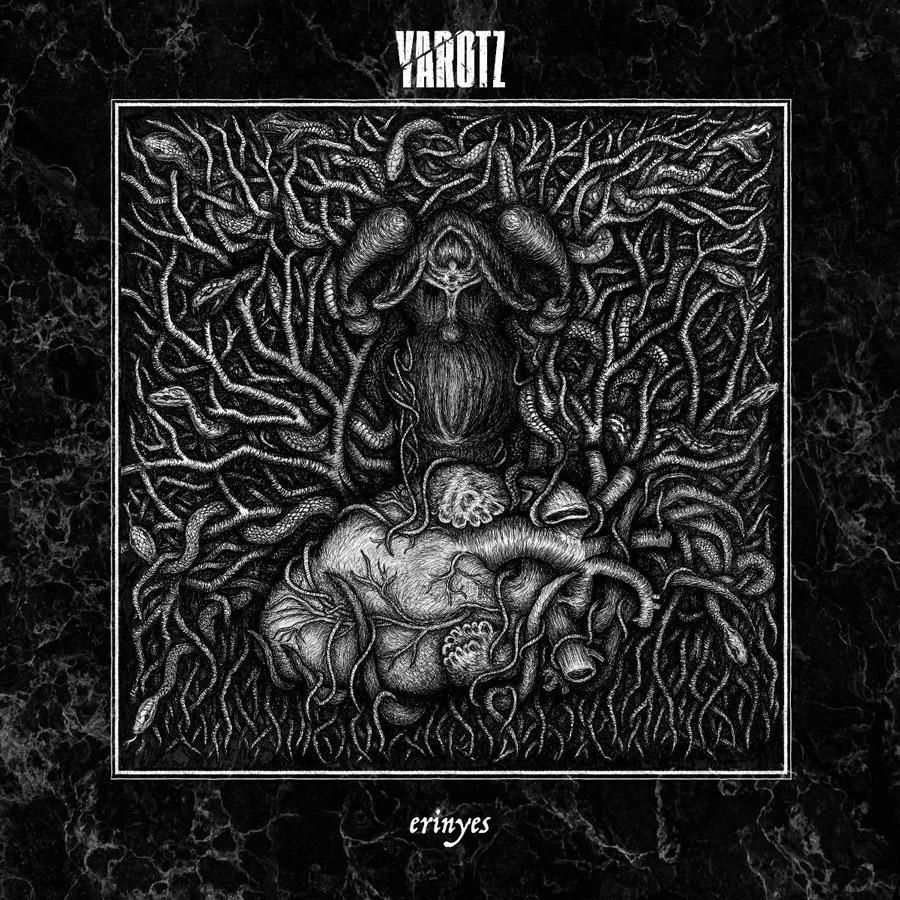 We begin with Impunity, an as jerky and raw as thoughtful and deep track. Visceral howlings perfectly fit to this fast and hooking rhythmic, which also offers dissonant tones. Quite short, it lets place to Childish Anger, a composition on which Christian Andreu (Gojira) adds his guitar to the trio’s fury, which morphs into haunting and airy tones which follows on the slow and weighing Vergogna. Whether screams are still present, we also have heady clean vocals on the quieter parts, creating an as hypnotic as abrasive contrast which drives us to Gold, a more warlike track. The weighing rhythmic is easily catchy, allowing the band to cover it with dissonance or saturation before soothing it, then making it explode again with disturbing harmonics, while Caught by the Noose calls a very raw Punk energy. The song is quite short, allowing the band to unleash its effective riffs over a solid blast, while Deliverance goes back to soaring and weighing tones. The slowness perfectly serves the dark veil, which calms down with softer harmonics before being melted to a silent rage, then B.M.a.P. reconnects with violence. Whether the beginning of the song is anchored into those raging Old School sonorities, we progressively feel a contrast with a saturated groove accompanied by mysterious elements and backing vocals, before Phoenix alights its melancholy over soaring sonorities. More intense parts are expected, giving this appeasing dissonance more strength, which will explode one last time over the stunning final, which finally lets place to violence with Last Lust and its uncontrollable rage. Even if some parts are less aggressive, we feel the band is permanently about to burst into fire, until saturation drowns into the void.

Very contrasted, Erinyes never traps itself into a single atmosphere. Yarotz’s musical basis is obviously anchored into raw and abrasive violence, but the band contrasts it with a weighing and appeasing quietness, creating a surprising universe.