The Spirit is ready to release its third album.

Created in 2015 in Germany, the duo composed of MT (guitar/vocals, ex-Dethroned, ex-live for Melechesh) and MS (drums, ex-Agathodaimon, ex-Crimson Moon) offers us Of Clarity and Galactic Structures at AOP Records. 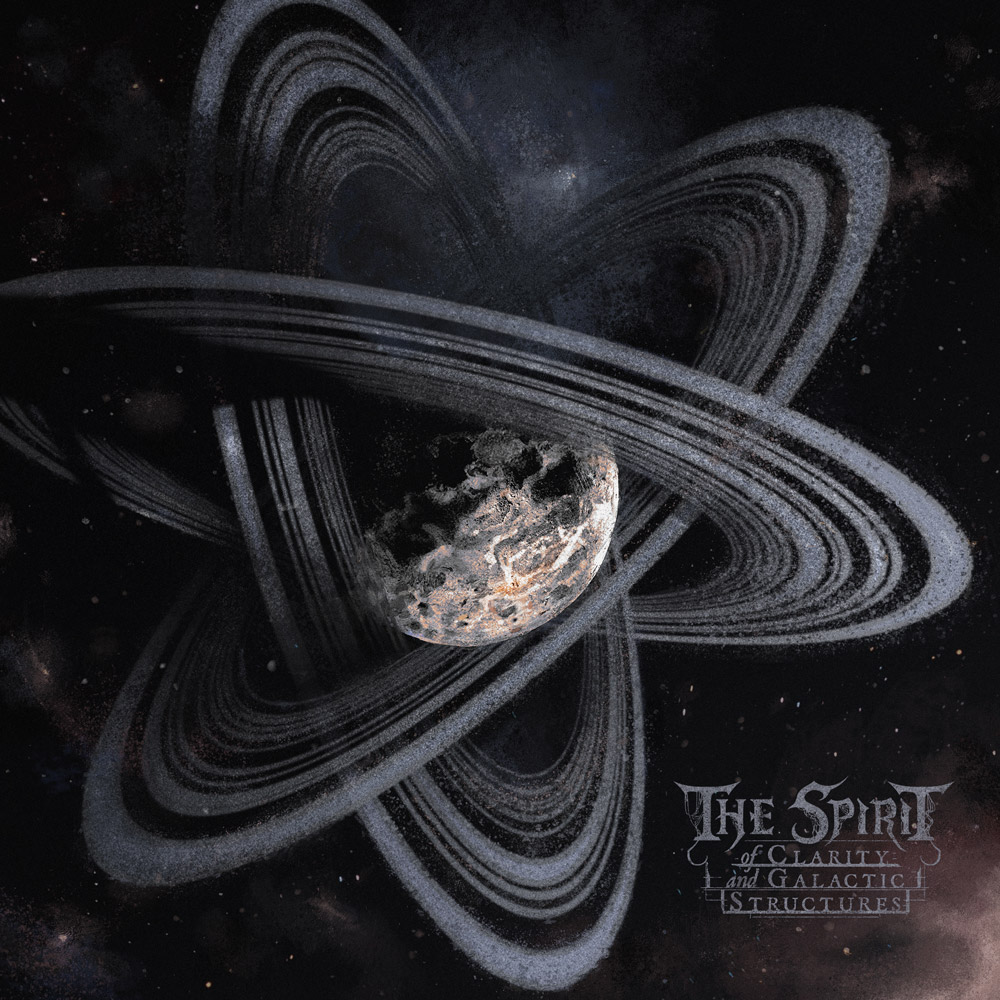 The album begins with Of Clarity and Galactic Structures, a song that barely takes the time to place three hits to unleash a massive rhythmic under powerful howlings. Piercing melodies join the unfurling wave of dark rage, which sometimes wears hints of heady technicality, then the song finally drives us to The Climax of Dejection, a shorter but still very effective song. Leads are melted to a solid and dissonant basis which undoubtedly remind us some Swedish roots, topped by those raw and vindictive vocals. Some soaring Prog influences are also part of the melting, just like on the weighing Repression and its haunting leads. The song is colder, slower and it focuses more on the strength of lacerating and continuous harmonics, whether it is into raw rhythmics or heavier parts, then Celestial Fire unveils more straightforward and energetic elements. The song will for sure slow down to offer more majestic parts or warlike accelerations before Transition comes to allow us to breathe for some enchanting harmonics. Rage quickly reborns over Timbre of Infinity, a violent and abrasive composition, which lets blackness infiltrate fast riffs, but also slower and more mysterious breaks. The dissonant sound and airy melodies perfectly fit to a more raw basis, then Arcane Wanderer comes next with mysterious occult tones, which are coupled to a dark groove. The song is still very effective, and the progression drives us to some straightforward and devastating violence, which creates a contrast with Laniakea and its hooking melodies. Whether the first part of the song is quite slow, the whole haunting instrumental shrouds our mind, accompanied by more modern and catchy tones to close the album.

The Spirit sharpens its art. With Of Clarity and Galactic Structures, the band keeps its raw and melodic roots, while developing an abrasive and heady complexity, which will shroud us for a long time before allowing us to breathe again.