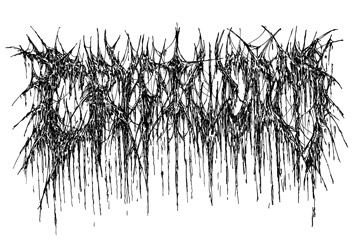 Cryptworm is about to drop its first album.

Created in 2014 in England, the duo made by Tibor Hanyi (guitar/bass/vocals, Tyrant Goatgaldrakona, Rothadás) and Joe Knight (drums, Pale Mist, Goatchurch) already released two EPs, a split (with Archaic Tomb) and a demo. Spewing Mephitic Putridity comes out in 2022. 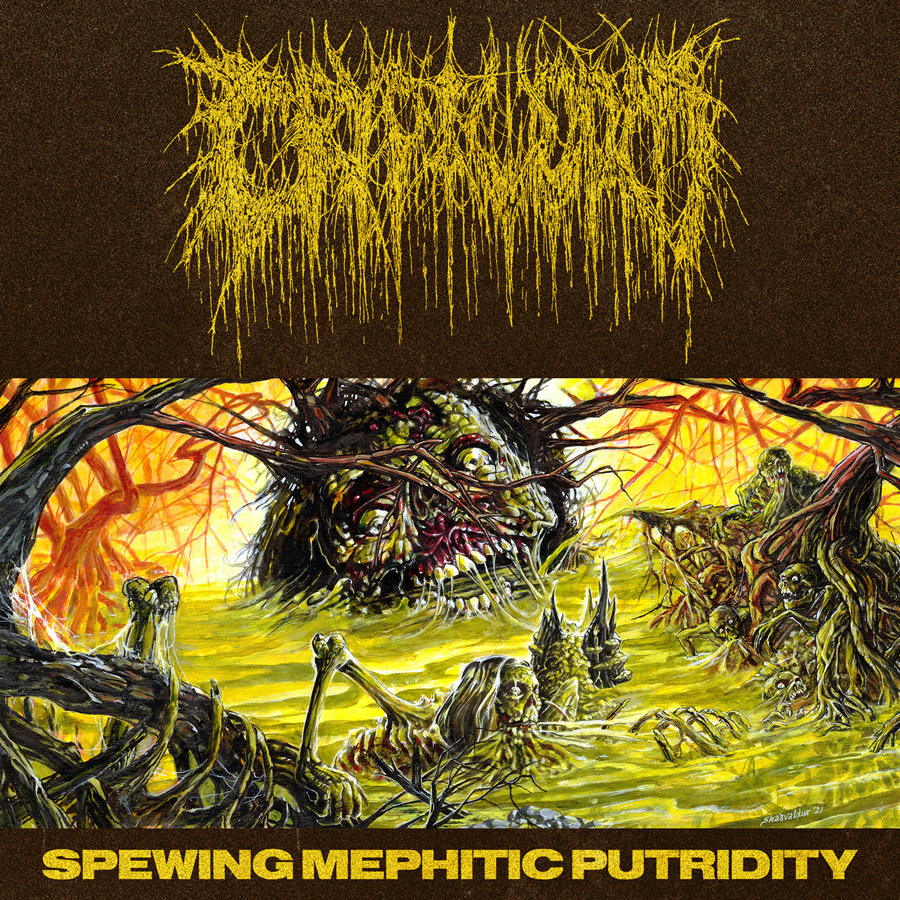 Under the artwork of Skaðvaldur (Barbatos, Coffin Rot, Hellripper, Zakaz…), eight greasy and violent tracks are hidden, beginning with Disgorged Chunks of Life, an Old School composition with an as thick as hooking basis. The haunting slowness coupled to very raw elements and putrid howlings is quickly effective, just like on Immense Cerebral Decomposition which offers heady leads too. The band stays on very straightforward patterns while permanently keeping this greasy aggression, then Reduced to Liquified Mass offers screaming harmonics to accompany cavernous screams. The rhythmic will make us nod while offering some slowdowns into this wave of violence, then Disembowelment (Draped in Gore) highlights those many shrilling and mad harmonics. The explosive song drives us to Premature Entombment and its haunting introduction which unveils an as complex as intriguing rhythm part, allowing Death roots dyed with Black and Doom talk, like on Septic Phlegm Asphyxia and its powerful rage. The song barely calms down to place some impressive vocal parts, contrasting with rawer elements which will turn into mammoth heaviness on Amorphous Transmutations. Still Old School but a bit technical, the song also keeps straightforward and heavy parts which will crush us, above all on the final break, then Spewing Mephitic Putridity, the eponymous song, reconnects with a putrid sound to close the album into this greasy and impactful violence the band cultivates since the beginning, coupled to more airy but still weighing riffs.

Spewing Mephitic Putridity makes no compromise. Anchored into putrid Death Metal with Doom and very Old School influences, the album allows Cryptworm to offer us half an hour of hooking and effective riffs.