After eight years of absence, Generation Kill is back. 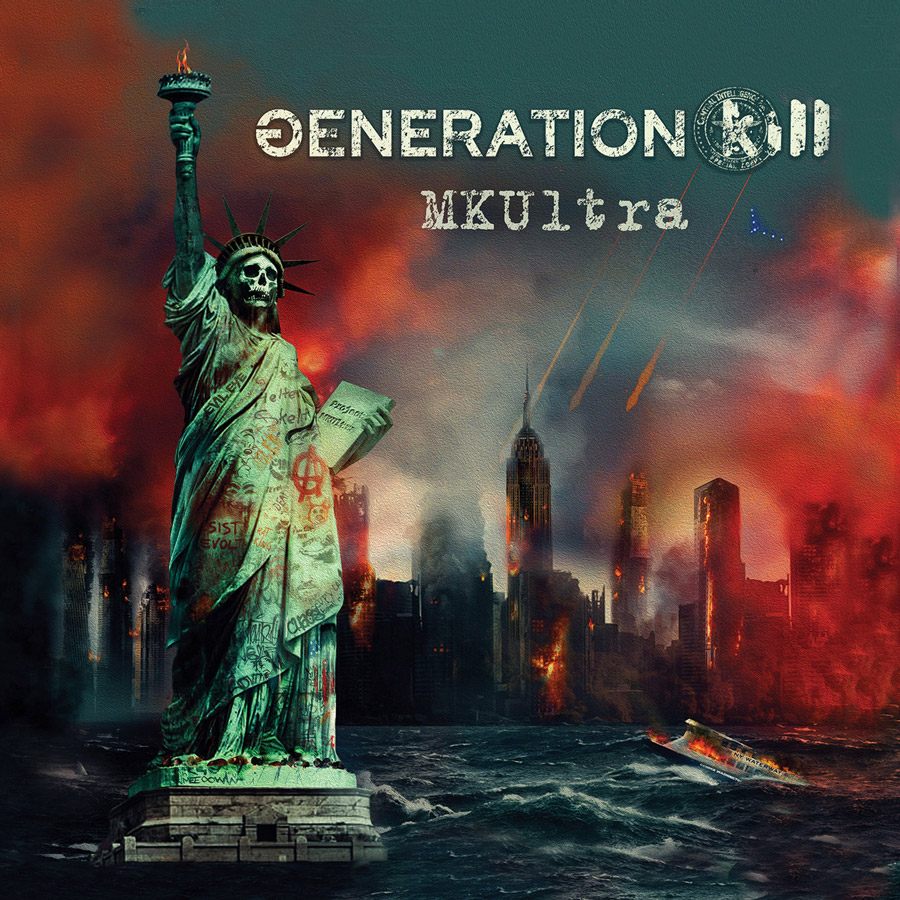 The march of Never Relent opens the album while offering some melancholy into leads before letting an effective Old School Thrash Metal rage accompanied by unchained vocals. Leads, played by Gary Holt (Exodus, Beloved Ghouls, ex-Slayer) are sharp and perfectly fit the obvious aggressiveness which continues on MKUltra and its hooking groove. The eponymous track lets place to virulent melodies to feed this thick rage, while Evil Eye, a song on which the band welcomes Chris Poland (OHM, ex-Megadeth) comes next with raw jerks. Some harmonics come to fuel the song’s ambient melancholy, then Into the Black goes back to raw and aggressive tones. The strong rhythmic also offers a moshpart to tear crowds apart, before mesmerizing clean vocals will create an intense contrast. The band continues with Dogs of War, a track on which they have John Joseph (ex-Cro-Mags) to nurture the explosive violence of the federative song, then Opiate of the Misinformed Masses wraps us into melancholy with clean vocals. Intensity slowly spawns, ceases, then continues to increase, slows down and it explodes before the end, which drives us to Rat King and its hooking but mysterious groove. The rhythmic is very accessible, offering some regularity agremented by screaming leads, while Mold of Clay (MKUltra 2) offers some catchy tones between samples. The rhythmic is quite melodic, but it also holds some energetic moments before Life of Sin places its heady harmonics. The band also offers Heavy influences over this effective song, which still unveils a manifest rage on the end, which drives to La Fin Du Monde. An original name which unveils raw power, but also extremely pessimistic and weighing tones, while staying melodic, which perfectly illustrates this desolated ambience full of piercing leads, leaving us into the void.

Thrash Metal has a new lead suitor back with Generation Kill. If you’re looking for rage, violence and raw strength, MKUltra is made for you! The contrast between melodies and rhythmic is frighteningly effective!