Ten years after its first album, Lux Incerta is back.

The album was also recorded by Michel Hejazy (guitar), deceased in 2021, and accompanied by Raphaël Verguin (violin/artwork) and Rémi Pardigol (piano). The band plays on stage with Maxime Pascal (bass) and Tibo Pfeifer (guitar). 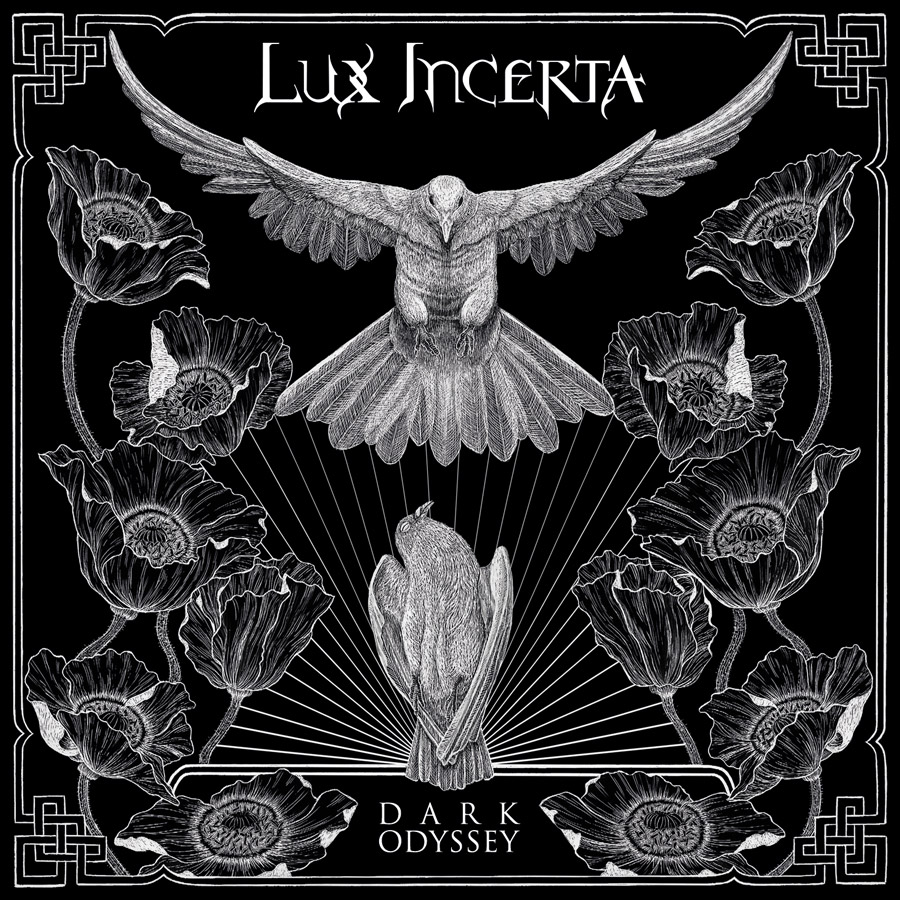 The band begins its journey with Far Beyonf the Black Skies, a very long track of more than fifteen minutes which progressively makes spawn a soaring melancholy on guitar, then which slowly calls the other instruments. A haunting saturation appears in the composition which bursts into fire before slowing down to let clean vocals appear, followed by massive howlings. The weighing and Old School sound turns out to be really catchy, moving forward confidently through blackness before letting Dying Sun crush us with its powerful rhythmic full of Gothic influences. The sound is as melodic as oppressive, creating an atmosphere anchored into a dark quietness, with some more energetic elements driving us to Decay and Agony. The song skillfully melts an impressive and slow basis with heady melodies and majestic vocals, but also with those solemn breaks in french which allow quietness to mesmerize us before the rhythmic bursts into fire again. Farewell comes next with those weighing riffs coupled to a bewitching softness, but this appeasing rhythmic lets a powerful blast destroy everything on its path, which will be a basis to a more vivid solo before the song drives us to Shervine, a quite short instrumental track compared to the other songs. The pretty progressive sound slowly surrounds us before Fallen comes next and brings a more weighing and hooking heaviness. Whether vocals are deeper, the instrumental part isn’t left behind, offering strong double kick parts before getting appeased for one last melody, driving us to The Ritual, the last song on which the occult communion with the band is full. Funeral Doom influences mushrooms, just like those mystical sonorities which slowly drive us into the void.

With Lux Incerta, melancholy comes to life through slow and melodic but always sincere riffs. Dark Odyssey places us under a veil of majestic blackness to better lock us into this weighing and hooking atmosphere from which we get out with sorrow in our heart.