Mors Principium Est turns to the past with Liberate the Unborn Inhumanity. 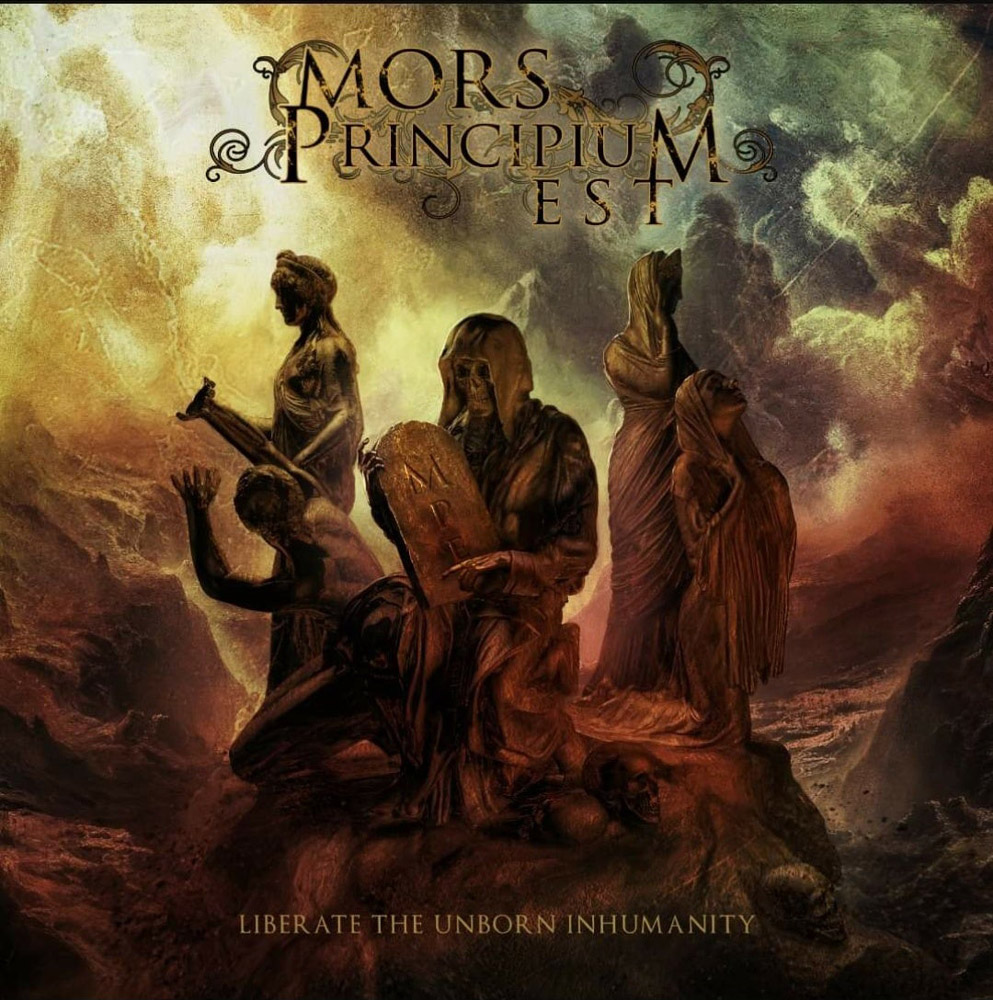 During nearly an hour, the band will offer us a sink into its roots and above all its first releases, those which gave them their basis while borrowing from the greatest to develop their own touch. Finland was always known to offer some musical coldness, and Mors Principium Est’s hooking sonorities participates in, offering an impressive aspect which is still vivid, aggressive but very accessible whether it is on screamed vocals or catchy and epic melodies. We feel with this compilation the band always knew how to handle this Old School style while adding majestic elements, devastating riffs and some patterns shaped for the stage, but also seizing orchestrations to add a weighing touch to the band’s sound. I personally noticed Inhumanity, which unveils an as aggressive as motivating rhythmic with many harmonics, but also Eternity’s Child, a very haunting song which places devilish leads. The Unborn offers raw aggressiveness, just like The Animal Within and its mysterious leads or Fragile Flesh and its more modern influences. We also notice the band picks into Black Metal for the two parts of Valley Of Sacrifice, above all on the second part which closes the compilation with this burdening ambience and those worrying keyboards which surround us.

If you already know Mors Principium Est, you will be happy to discover their first compositions again. If you don’t know them yet, you will discover on Liberate the Unborn Inhumanity a cold, sharp and energetic sound which can only make you love the band.