Destruction is already back. 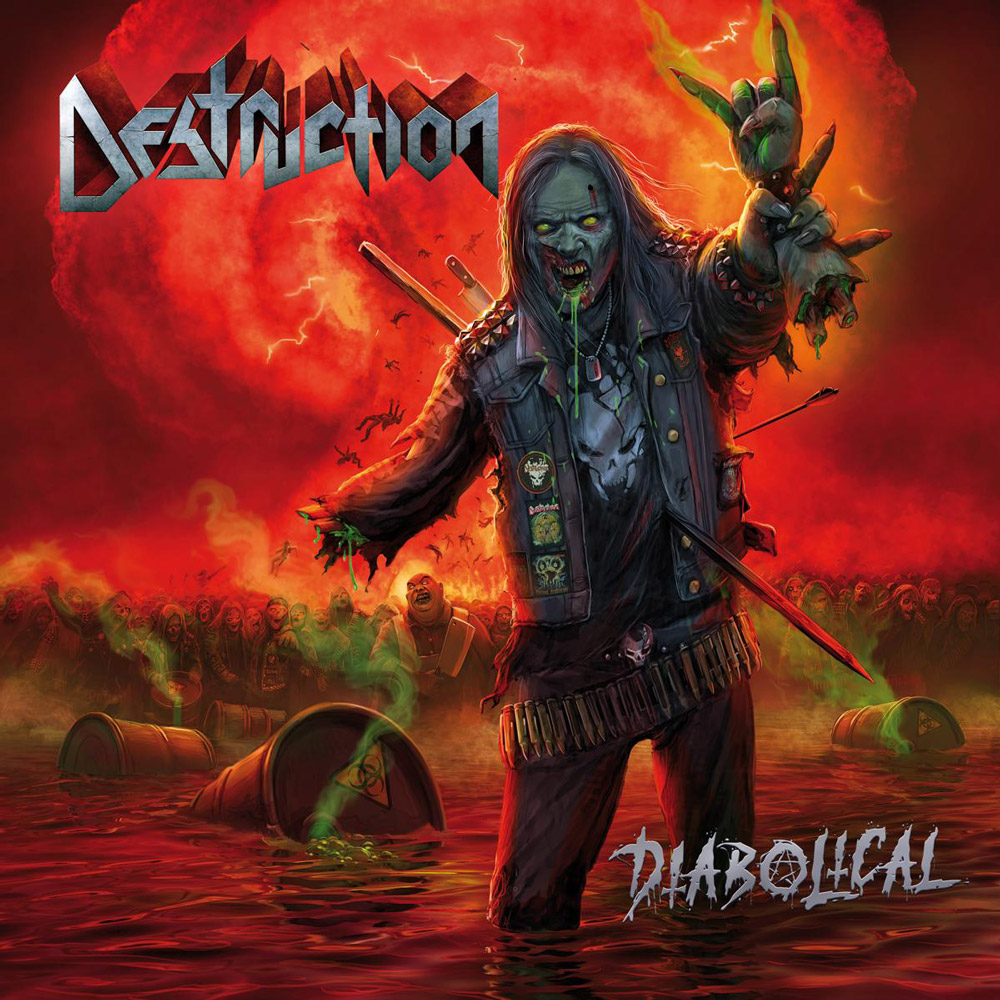 Illustrated again by Gyula Havancsák (Accept, Angelus Apatrida, Annihilator, Ensiferum, Grave Digger, Hour of Penance…), the German’s new album sounds like the worthy heir of this brutal Old School sound. After Under The Spell, an epic introduction, Diabolical, the eponymous track, confirms it with some sharp and energetic riffs completed by aggressive vocals. Piercing leads strengthen this threatening atmosphere before No Faith In Humanity comes to make us wildly nod at the rhythm of this fast-paced and solid sound. Riffs will please Old School Thrash Metal lovers, then Repent Your Sins comes to offer a hooking groove coupled to warlike sonorities. Once again, riffs and motivating vocal parts come to strengthen this effective basis, then Hope Dies Last will flood us with shrilling riffs, powerful shreds and federative backing vocals. The song shaped for the stage is followed by The Last Of A Dying Breed, one of the most energetic and devastating songs, which is still anchored into the band’s aggressive roots. State Of Apathy unveils us threatening choirs, creating an oppressive atmosphere, while heady leads make a soaring solo spawn, then Tormented Soul comes to offer a quite haunting introduction which continues with airy melodies. Heavy influences surface on Servant Of The Beast and its inspired leads, creating a contrast between the violent basis and those melodic additions, just like on The Lonely Wolf and its hooking rhythmic. The song is very effective but still accessible, and I would not be surprised to find it on the band’s next setlists. Leads easily spawn from the raw block, then Ghost From The Past comes to assault us with its hooking fastness and its devastating harmonics. The song floods us nearly permanently with this mad saturation, while Whorefication will focus on a cold and weighing heaviness. The song is made of pure effectiveness, which can be felt into those raw riffs which will never fade, even when some less fast parts will be heard, then the band closes its album with City Baby Attacked By Rats, a cover from the English Punk band G.B.H.. Without surprise, the straightforward aggressiveness perfectly sticks to the veterans’ style, letting the final touch drip in rage.

With their forty years of career, Destruction is as much part of the pioneers as of Thrash Metal’s safe bet. If you’re expecting fast-paced violence anchored into raw Old School sonorities, Diabolical is the album you need!