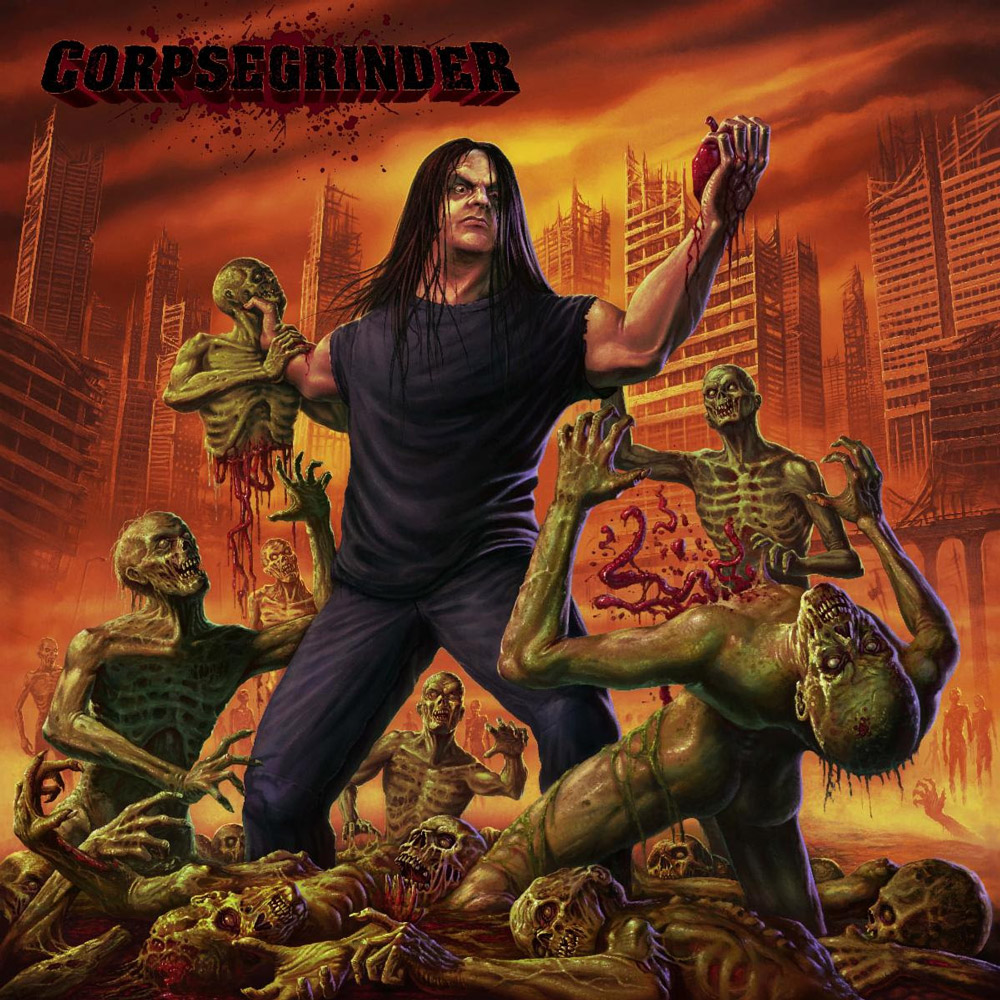 The album begins with Acid Vat, a very straightforward song on which we have leads from Erik Rutan (Hate Eternal, Cannibal Corpse, ex-Morbid Angel) to accompany the heavy airy tones. Sharp melodies crash on this aggressive groove, then Bottom Dweller comes next with an as powerful sound. Even when the song slows down, the firepower, coupled to vindictive howlings, does not get weaker, violently throwing us to On Wings Of Carnage, a quite Old School and hooking track. The song offers an effective warlike and quite slow rhythmic, but riffs will accelerate on All Souls Get Torn and its fast-paced tempo. Heaviness is far from disappearing because the song is extremely weighing, coupling energetic blasts with thicker parts like this jerky moshpart, then Death Is the Only Key couples a worrying ambience with very raw riffs. Blazing harmonics are perfectly integrated to this wall of impressive riffs, then the massive final part drops us over Crimson Proof and its Hardcore roots covered with straightforward Death Metal. Alternating between catchy moshparts and abrasive fastness, the song unveils some dark leads on the final part, right before Devourer of Souls comes to add heady sonorities. Some technicality hints slip into the rhythmic, driving us to Defined by Your Demise and its motivating elements, on which we automatically nod. Leads unveil a bit of diversity into pure violence, then Master of the Longest Night makes ghoulish and dark sonorities before striking with percussive riffs. Devastating melodies drop us on Vaguely Human, a last composition which will skillfully melt a destructive basis with more dissonant and majestic tones before the album ends.

As usual, Corpsegrinder will not disappoint us. Even anchored into raw Death Metal with uncompromising riffs, this solo album also allows to borrow elements from other styles, from intense Melodic Death Metal to vindictive Hardcore. Be ready to shake your head!