Aktarum will try to save the world with its third album! Four years after its previous one, the Belgian band created in 2005 and composed of TrollAklass (guitar), TrollOur (keyboards/vocals), Trollhammer (drums), Trollbard (guitar) and Arpad Gencsek (bass) unveils us Trollvengers at Art Gates Records. 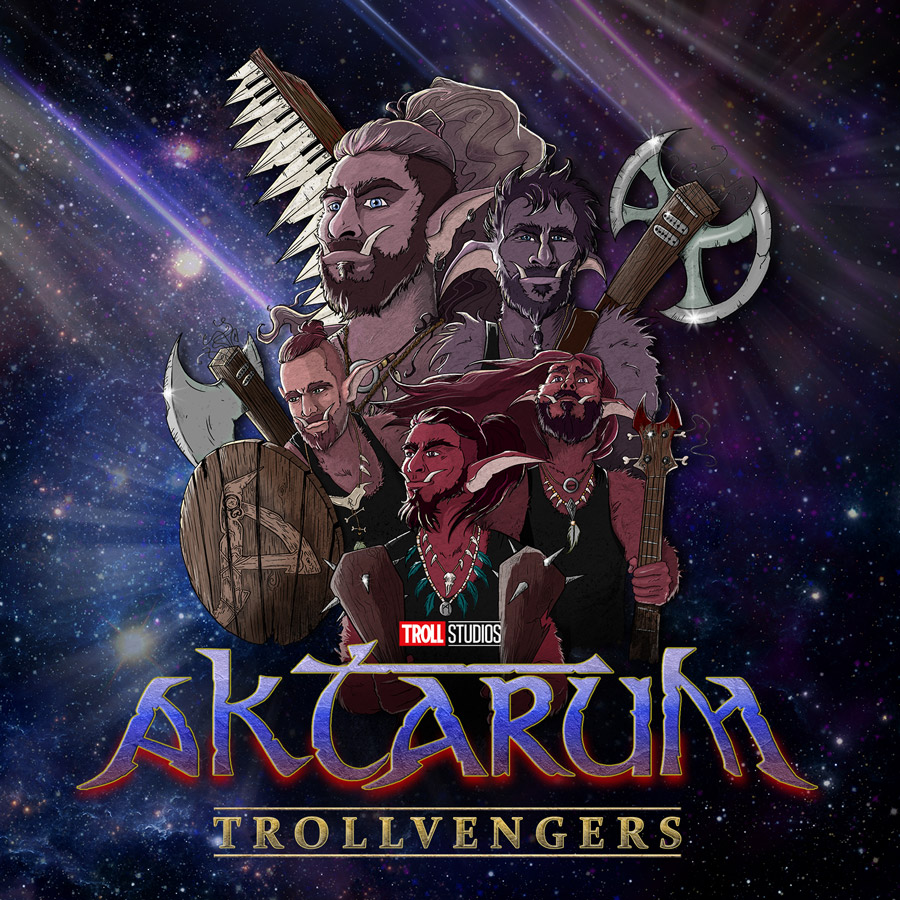 The album begins with A Tale of Trolls, some quiet introduction which slowly becomes majestic before letting The Blood of Trolls offer hooking riffs. The solid rhythmic coupled to those heady ambiences create a powerful basis to welcome melodic leads avec raw vocals, but also some backing vocals on the final chorus, then In the Name of Trolls appeases us with this soft voice before letting Folk riffs strike. The contrast between energetic parts and enchanting leads is effective, while letting vocals unveil some diversity, in opposite to TrollVengers which will make us nod following this joyful ambience. The melting between the two aspects of the trolls’ music is clearly shaped for the stage while offering epic and intense vocal parts, then the federative Of Trolls and Men comes next and catches us in its hooking charge. Fast riffs melted to those heady choirs will certainly be effective on stage, just like The Trolls and the Dwarves which could be the soundtrack to many crows movements. Solid riffs move forward under screams, then Troll Zeppelin unveils worrying tones which continue over this darker song. The band continues its adventure with The Misty Mountain, a short airy interlude which allows us to catch our breath again before To ValhaTroll and its epic motivating tones. Keyboards literally wrap the powerful rhythmic which also allows some leads to join the journey, then Troll Wrath reconnects with raw aggressiveness. Devastating riffs are sometimes melted to a blast wave or piercing leads, but the warlike atmosphere stays before getting smoother on Pirates VS Trolls, a composition with cheerful sonorities accompanied by Elliot Vernon (Alestorm). The song offers a slightly different universe which still stays coherent with the band’s roots, and it drives us to A Troll Farewell, the last composition which is also the longest one. Exploring all the shades of the band’s musical range, whether it is with piercing leads, impressive vocal parts or an effective rhythmic, the song will slow down with heady Folk tones before coming to its end.

With this new album, Aktarum feeds its universe with epic songs. Trollvengers combines the band’s powerful and intense sound with their trollastic and quirky humor, creating a contrast which will undoubtedly please their fans.