Viande breaks the silence and releases its first album.

Created in 2013 in France, the band now composed of J (vocals), B (guitar) and M (drums) already released a demo then an EP. L’abime dévore les âmes comes out in 2022 at Transcending Obscurity Records.

G (Grand Bouc Noir) recorded bass on the album and plays live with the band. 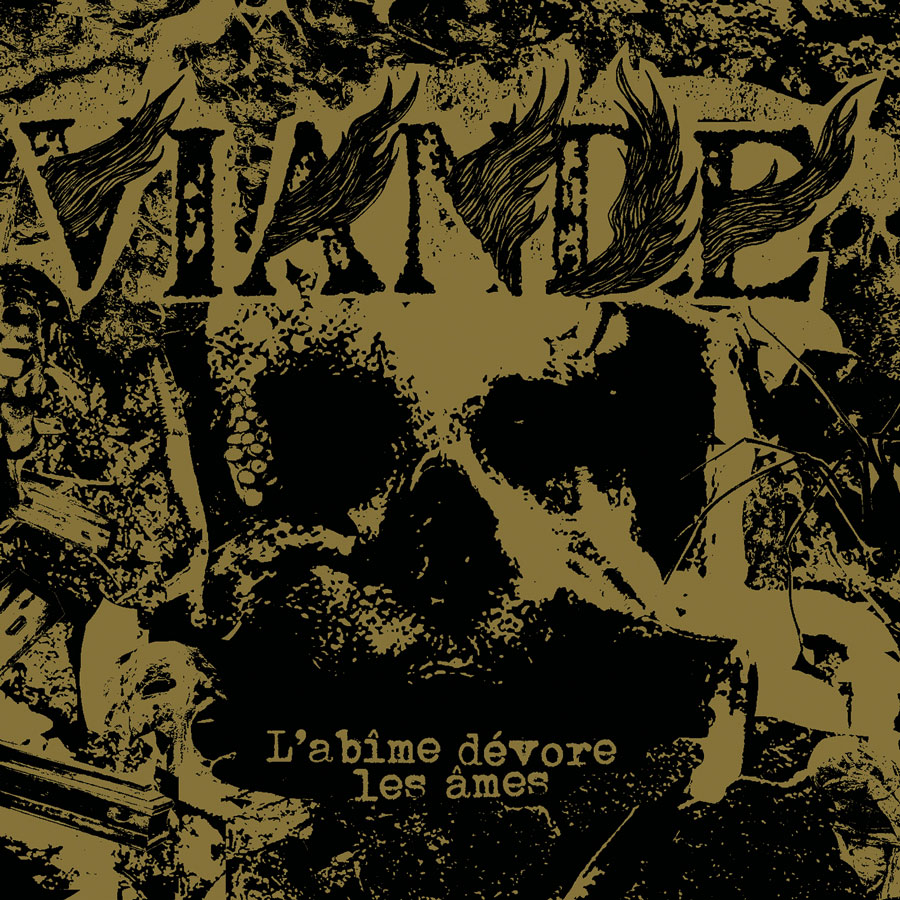 The album begins with Les Dents Du Gouffre and its worrying introduction, making an oppressive rhythmic spawn with heady leads before welcoming cavernous vocals. The band melts Death, Black and Doom influences to create its haunting and dark atmosphere, then Le Ventre Monde unveils jerky and hooking patterns. Shorter than the others, it still allows the band to make weighing sounds spawn before La Tombe Avide crushes us under a wall of sound. Distorsion and blast relay each other to feed the dirty and impressive veil, then Noise influences drive us to Miroir Decharne, a more brutal and straightforward track. Aggressive riffs don’t forget abrasive and disturbing elements like those sharp harmonics which perfectly fit the unhealthy basis, then Le Souffle Des Os offer us a short break to breathe before reconnecting with violence. Raw riffs suddenly cease to offer a long and weighing break, which will explode on the final, right before Traitre A La Vie mesmerizes us with an occult introduction. Instruments slowly bring the massive and impressive saturation, which slows down to let Lueurs De Cendres spit its black mass of sound. It becomes heavier and heavier while offering a dissonant rhythmic strengthened by frightening ambience which will slowly take control of the song, ending with Langues De Brume that continues into the same tones. Slow and haunting, this last composition feeds the oppression until the last moment.

Very weighing, Viande’s sound melting can only oppress you. On L’abime dévore les âmes, the band couples dissonant tones from several extreme styles to offer a suffocating, dirty and dark output. An effective one.