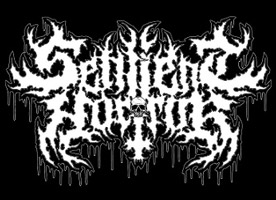 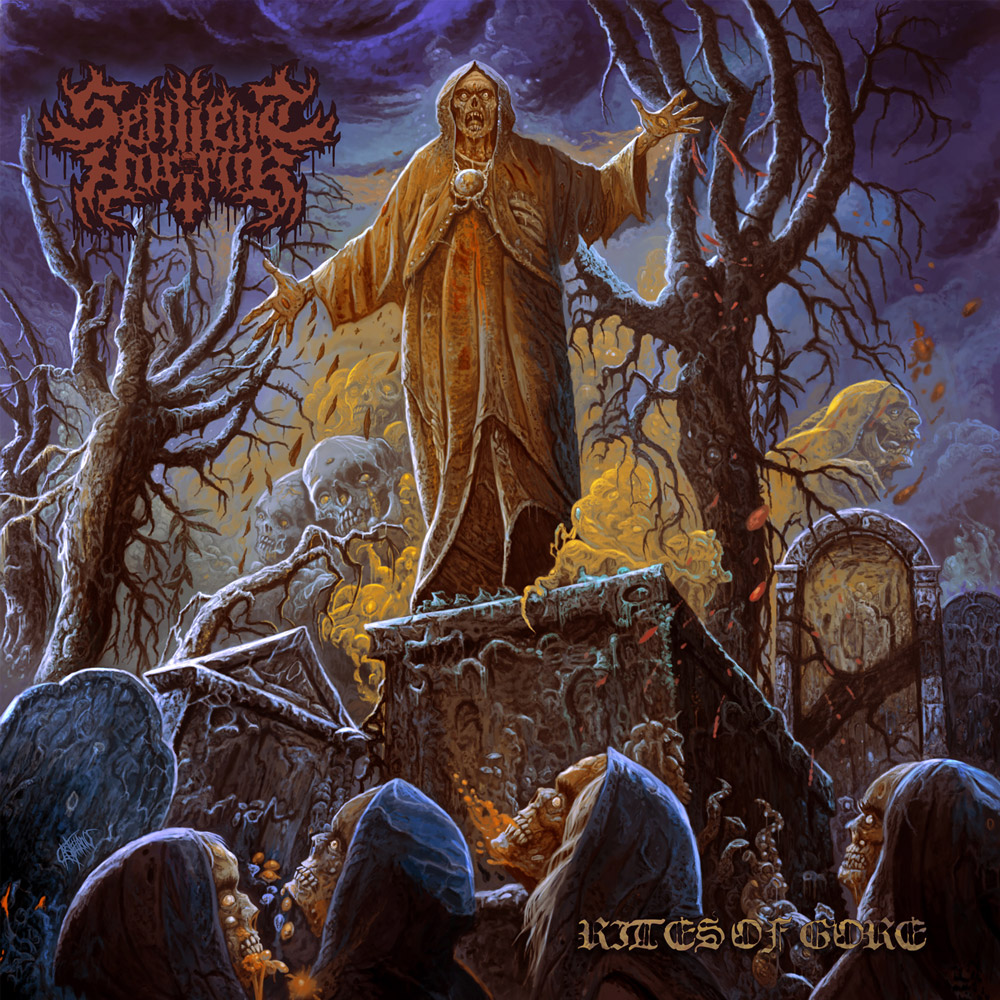 Raw Death Metal immediately invades our ears with A Faceless Corpse, a very Old School and haunting track, but it quickly becomes abrasive and aggressive. Hooking riffs sometimes offer hints of technicality into leads and some lulls on choruses, then Obliteration of Souls spits a massive effectiveness to our face. Some tortured harmonics join the devastating melting topped by greasy howlings and piercing melodies, then Swamp Burial unveils quite groovy and catchy tones to contrast with violence. Energetic Black Metal influences surface into the powerful Death Metal, while Rites of Gore, the eponymous song, stays into the rawest roots. The song also offers piercing leads, then Spitting Skulls turns out to be more melodic, above all with those effective double harmonics. The basis is still catchy and jerky, which is a promise of efficiency whether it is on stage or on the album like Descend to Chaos and its fast-paced rage. Powerful howlings sometimes let place for aggressive leads, then the band continues with The Grave is my Home, which will be the perfect track to nod while offering a dark and weighing ambience. Occult tones join the song, which also offers straightforward influences before Till Death Do Us Rot comes to add very strong leads to this solid basis. Some Thrash influences are part of the bill, then the band offers haunting tones on the long The Eyes of Dread and its weighing rhythmic. Leads will be extremely effective, just like this piercing scream right before the final part, then the CD owners could enjoy Supposed to Rot, a cover from the greasy and hooking composition from Sweden’s Entombed to close the album into unleashed violence.

Sentient Horror knows how to use every shade of Death Metal to build a straightforward and hooking sound. With Rites of Gore, the band is sure to reach an audience which enjoys dark Old School sonorities and also modern and clean mixes.