The story of Point Mort wins a first album.

Since 2015, the band’s Lovecore (a melting of Post-Hardcore and several influences) is exressed thanks to the compositions of Sam (vocals), Olivier (guitar), Damien (bass), Aurélien (guitar) and Simon (drums). Here is Pointless…, a compendium of eight new songs. 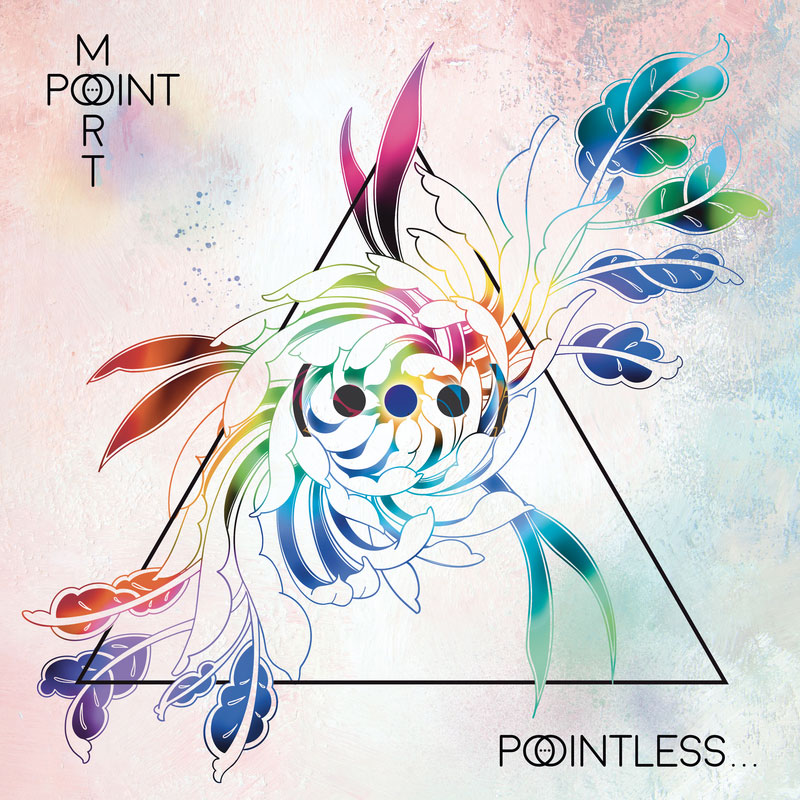 The firsts screams of In Cold Blood: A Warmer Heart… join this hooking and aggressive rhythmic to begin the album, creating a very oppressive and dissonant atmosphere from the first moments. The tearing voice is easily melted to this raw energy, but several parts without saturation bring some softness to fast-paced rage, then Every Good Song Is a Fight Song… spits as straightforward as worked elements to the face. Once more, the extreme contrast grabs us by the throat, breaking the storm of violence, which will be smashed by the intense saturation, while Olympe… exposes us to a more haunting progression. Chaos will surface again into this long composition with diversified influences. The length can be scary at first, but it is definitely well managed by the band, which lets its creativity run free in both opposed points of its style before leaving us on Les corps flottants… and its melancholic groove. It will be quickly replaced by a devastative and mad strikeforce, which walk with visceral screams, but some more Prog-oriented elements can also be heard, mainly into those shrilling harmonics which will finally allow Corner…, an acoustic song, to appease us for a moment. Quite unusual from the five-piece band, but we have the underlying blackness which lives into the melodies, then La bienveillance des faux… reconnects with the abrasive and destroying sonorities. Howlings deliver a way too realistic message which creates an echo to their crushing slowness, but also to this as dissonant as soaring wave just like Pretoria… and its simple but effective riffs. The final point will be set by the weighing Ash to Ashes., of which incredibly seizing rhythmic will be coupled to a sharp poetry, whether it is in French or in English, which rules during the song’s eleven minutes. We could once more think to some too long parts, but it will not happen, the song is perfect from beginning to end.

Point Mort always knew how to captivate me since my first contact with them, which was a madly vivid show. Pointless… will not be an exception to the rule with a raw energy, visceral howlings and an improbable softness, creating a devastating contrast which still stirs me a lot.