Anatomia and Undergang team up in 2022 for a split.

Both known into the Death Metal scene, the Japanese duo celebrates its twentieth birthday, while the Danish band will reach their fifteen years of existence. 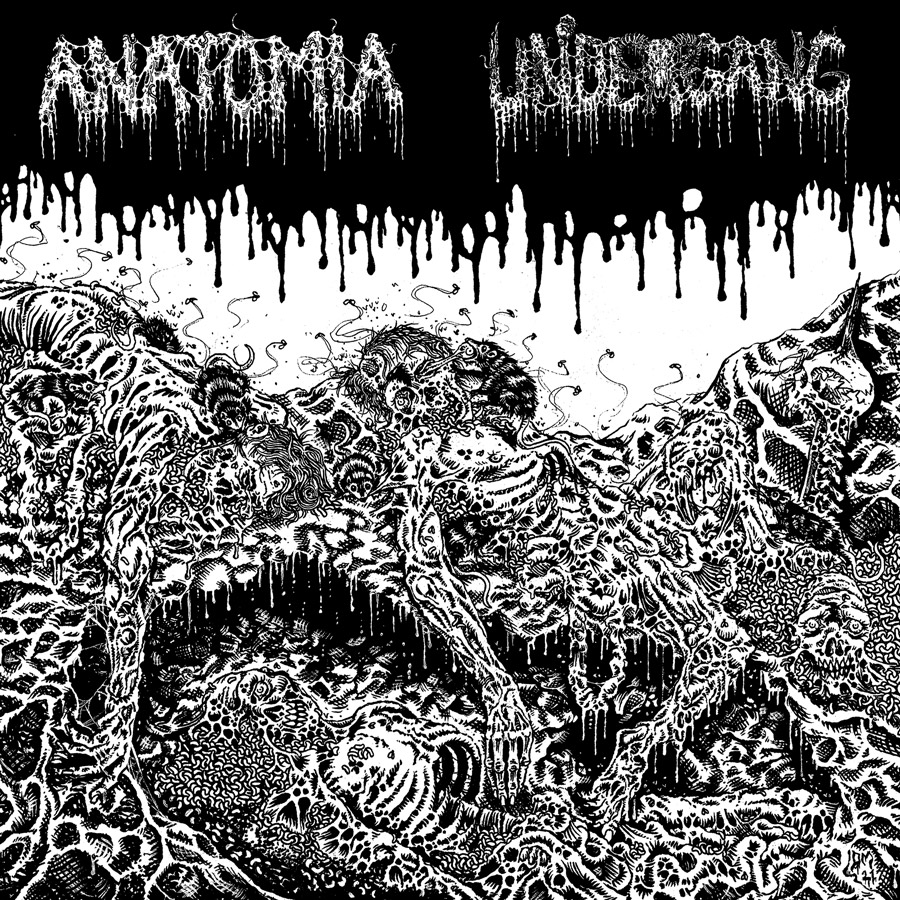 Anatomia opens the split with Total Darkness, a long composition of twelve minutes which perfectly resumes their weighing and worrying style topped by cavernous howlings which feed the oppression. Dissonant elements join this suffocating fog of sound which slowly moves forward until this energy spurt, which is confirmed with Bound To Death, the band’s second composition. The sound is still as dark and heavy, then it will easily drown us under this dissonant and weighing veil, until the final explosion of violence.

Undergang appear next with a putrid hooking groove named Helt til rotterne topped by greasy screams, but ruled by outbreaks of violence, which contrast with the more weighing parts. Raw and aggressive tones continue over I dit stiveste pus and its straightforward riffs which can slow down to become oppressive, creating suffocating parts with wild screams. The worrying sound disperse into the most hooking elements, then Taksidermi comes to close the split with as effective as burdensome riffs. The Old School basis let heavy sonorities and sharp leads rage, accompanied by morbid howlings, which will end into the void.

Even if their sound is quite different, Anatomia and Undergang cultivate the Death/Doom roots. Their split allows us to find that their dynamic is similar, melting raw riffs, cavernous howlings and dissonant influences.