Cavernlight gets out of the dark with its second album. Created in 2006 in the United States, the band composed of S // B (guitar/vocals/keyboards, Gâte), A // B (drums/vocals), B // J (bass/keyboards) and Caleb Cheslock (guitar) announce As I Cast Ruin upon the Lens That Reveals My Every Flaw, at Translation Loss Records. 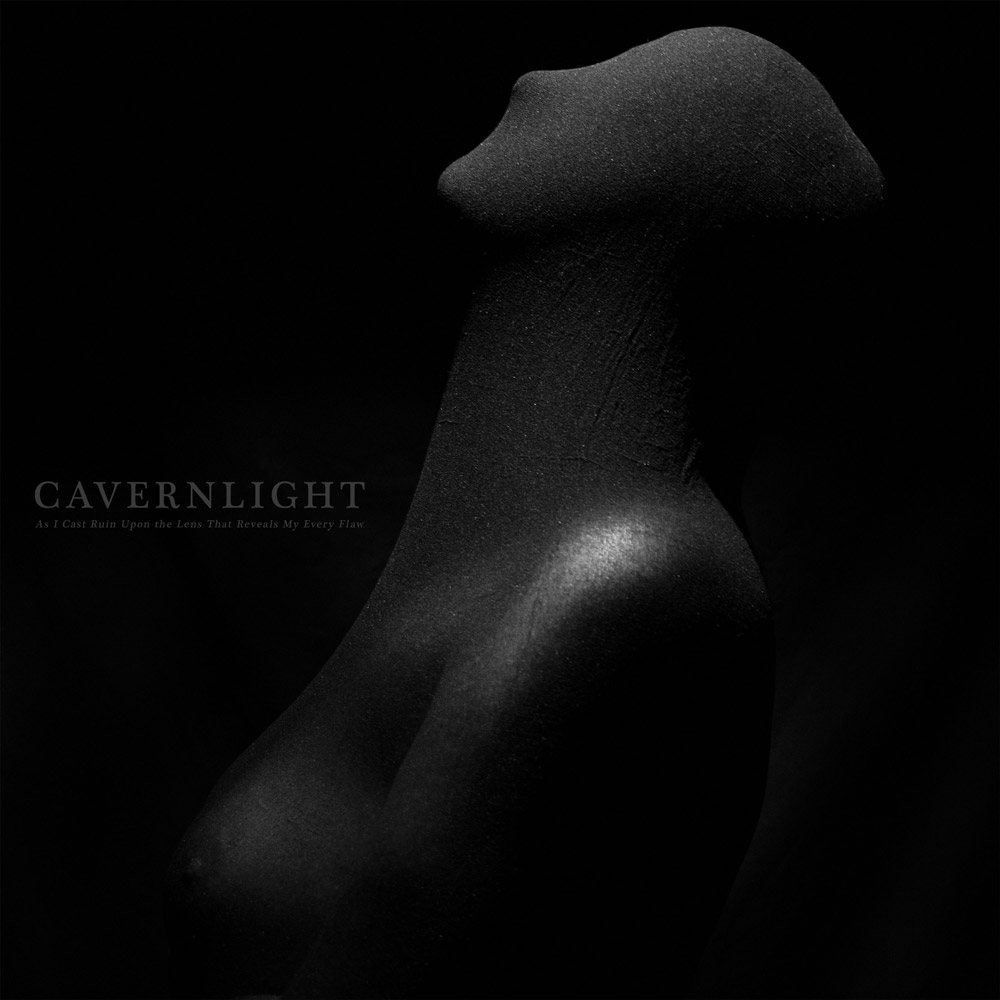 The album begins with Accepting the Fate I’ve Crafter, a worrying and mysterious song which finally unveils a mild voice to drive us through blackness which will explode after a long moment. Slowness and dissonance wear a weighing melancholy, which will only cease to let place to Gaze into the Glow and Drift into Time, a composition which offers warlike strikes to walk with heady harmonics and devastating riffs. Howlings of despair are melted to the haunting rhythmic, which continues with Material and its as dark as unhealthy softness. The slow and crushing groove strikes with majestic influences, then A Shimmering View places us at the middle of a melodic quest, driven by some whispers. Heavy and saturated elements are still here, but they are at the service of the impressive and soaring sound, while The Ashes of Everything I’ve Failed to Be comes to mesmerize us before unveiling the abrasive sonorities and the visceral howlings. The rhythmic progressively bursts into fire, reaching its peak, then fades away before As I Cast Ruin upon the Lens That Reveals My Every Flaw, the eponymous track, comes to cover us with its decadent oppression. Raw violence will be contrasted by hooking elements, then Prelude will break the rhythm created with a female voice in the background to walk with very soft and relaxing keyboards. The appeasing sound drives us to To Reconcile a Virulent Life, the last composition, which reconnects with this haunting, weighing and oppressive saturation, to offer us a last part of this dark veil, ending after a devastating explosion.

By discovering Cavernlight, I discovered a saturated and haunting universe. As I Cast Ruin upon the Lens That Reveals My Every Flaw is a very slow, weighing and extremely dark album, which can perfectly feed a seizing atmosphere.